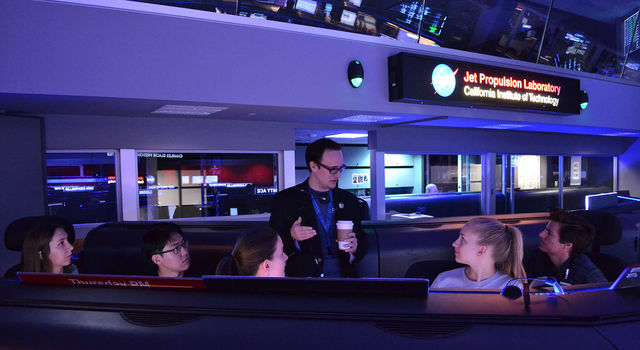 Selected from nearly 1,000 applicants, the students toured JPL in Pasadena, California, met with scientists and engineers, and attended career and resume workshops. But the main event was a series of competitions that pitted four teamsâ rovers against one another on a simulated Mars terrain.

Led by JPL mentors, the teams had just a few days to build and refine autonomous rovers from Lego Mindstorms EV3 kits. After competing in two challenges, the teams presented their rover mission concepts to a panel of judges and a winning team was announced.

To learn more about the program and apply, visit: https://nas.okstate.edu/ncas/