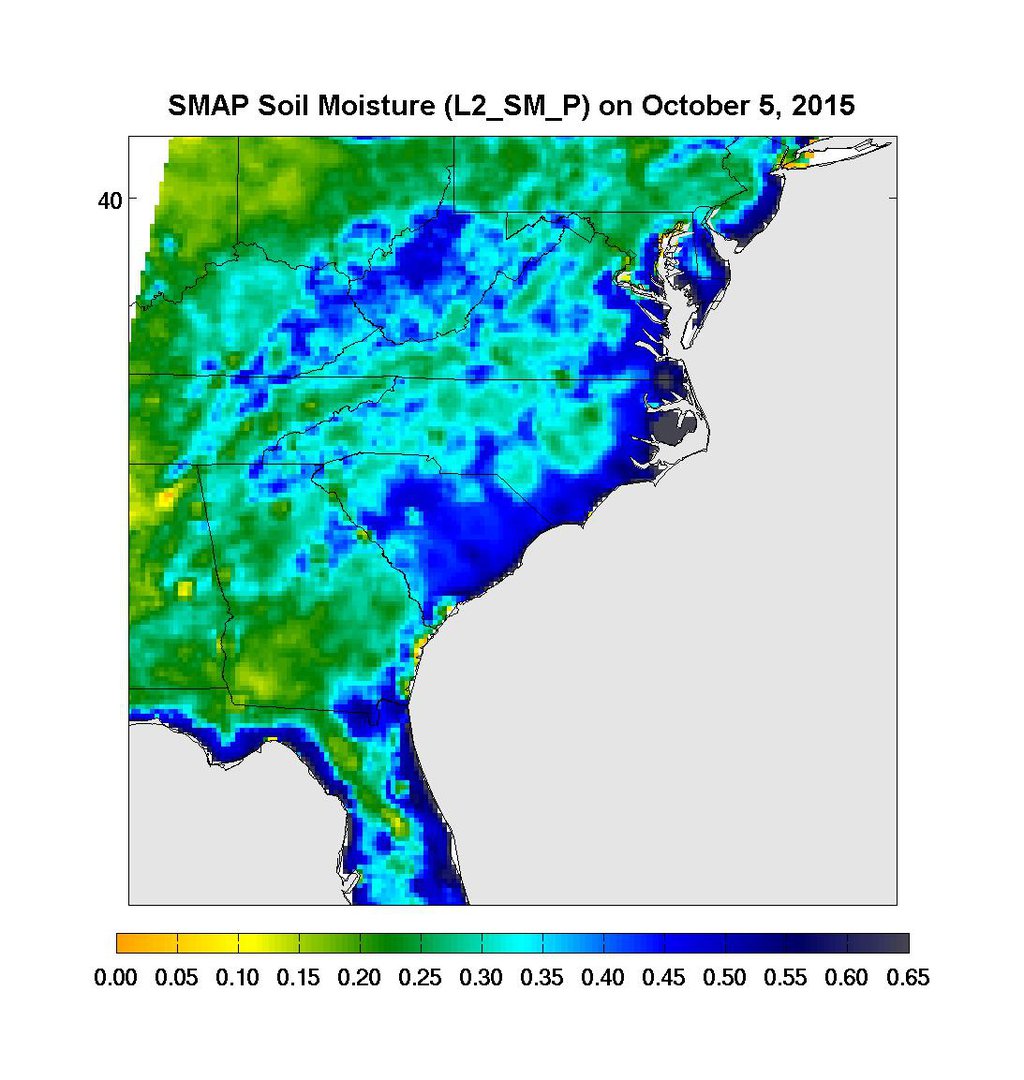 Surface soil moisture in the Southeastern United States as retrieved from NASA's Soil Moisture Active Passive (SMAP) satellite observatory at around 6 a.m. on Oct. 5, 2015. Large parts of South Carolina appear blue, representing the impact of heavy localized rains and flooding. Regions in blue indicate areas with saturated soil conditions and possible standing water. Large-scale flooding was experienced all over South Carolina on Oct. 5-6, 2015. As of Oct. 7, 17 deaths had been attributed to these floods, with heavy economic losses. In some regions, the intensity of these floods was described as a 1,000-year storm (1-in-1,000 chance of happening in any given year). At least 14 dams have already failed as a result of these floods.