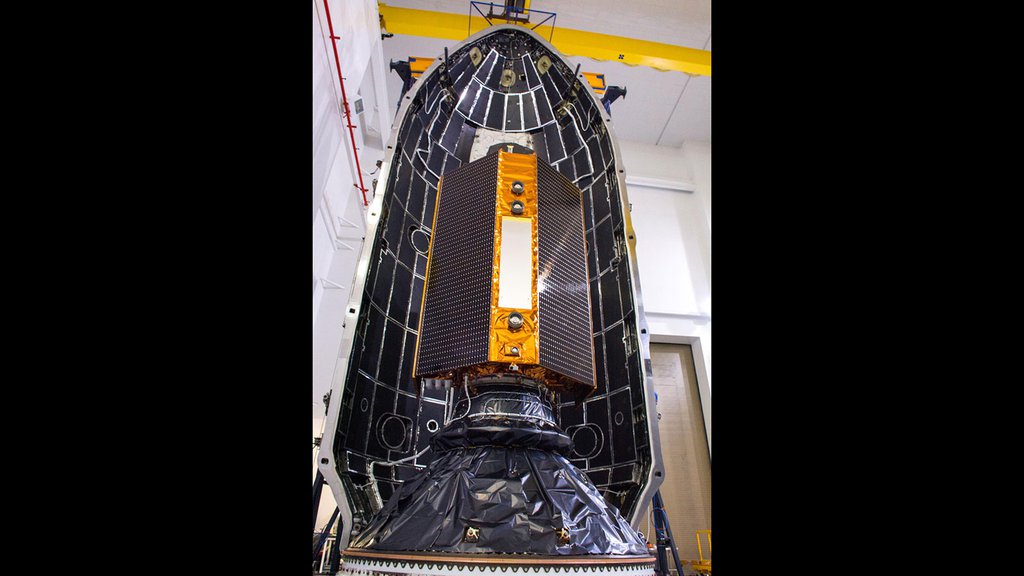 The Sentinel-6 Michael Freilich satellite is encapsulated in a protective nosecone, or payload fairing, at Vandenberg Air Force Base in California. The fairing will sit atop a SpaceX Falcon 9 rocket that will launch the satellite into Earth orbit in the late-November 2020. 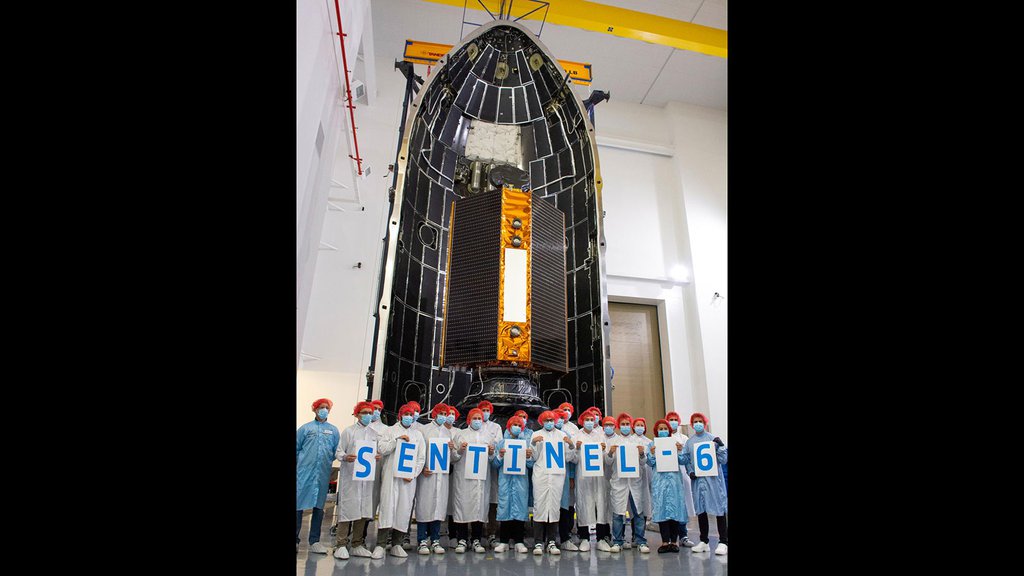 Technicians and engineers working on the Sentinel-6 Michael Freilich satellite pose in front of the spacecraft in its protective nosecone, or payload fairing, at Vandenberg Air Force Base in California. Once closed, the fairing will sit atop a SpaceX Falcon 9 rocket, launching in late November 2020.

The newest addition to a long line of ocean-monitoring satellites is ready to head into space.

With a little over two weeks to go until its California launch, the Sentinel-6 Michael Freilich spacecraft is undergoing final preparations. Technicians and engineers have encapsulated the satellite in the payload fairing - the protective nosecone that will ride atop the SpaceX Falcon 9 rocket. The launch is targeted for Nov. 21.

About the size of a small pickup truck, Sentinel-6 Michael Freilich will play a central role in efforts to track sea level rise caused by climate change. What's more, the data that it collects on sea level variations near coastlines will provide information to support coastal management and with planning for floods, while its atmospheric measurements will enhance weather and hurricane forecasts.

Sentinel-6/Jason-CS is being jointly developed by ESA, the European Organisation for the Exploitation of Meteorological Satellites, NASA, and the National Oceanic and Atmospheric Administration, with funding support from the European Commission and technical support from France's National Centre for Space Studies.