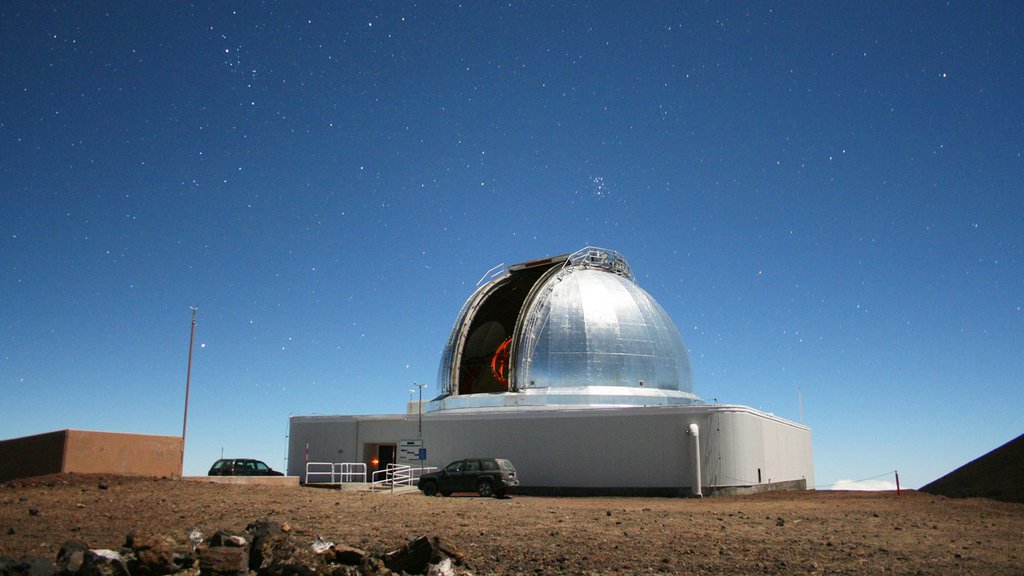 In addition to supporting a variety of NASA planetary missions, NASA's Infrared Telescope Facility on Maunakea on the Big Island of Hawaii is also used to determine the composition of near-Earth objects. Credits: University of Hawaii Institute for Astronomy / Michael Connelley

The object, discovered in September by astronomers searching for near-Earth asteroids, garnered interest in the planetary science community due to its size and unusual orbit.

The object, discovered in September by astronomers searching for near-Earth asteroids from the NASA-funded Pan-STARRS1 survey telescope on Maui, garnered interest in the planetary science community due to its size and unusual orbit and was studied by observatories around the world.

Further analysis of 2020 SO's orbit revealed the object had come close to Earth a few times over the decades, with one approach in 1966 bringing it close enough to suggest it may have originated from Earth. Comparing this data with the history of previous NASA missions, Paul Chodas, CNEOS director, concluded 2020 SO could be the Centaur upper stage rocket booster from NASA's ill-fated 1966 Surveyor 2 mission to the Moon.

Equipped with this knowledge, a team led by Vishnu Reddy, an associate professor and planetary scientist at the Lunar and Planetary Laboratory at the University of Arizona, performed follow-up spectroscopy observations of 2020 SO using NASA's IRTF on Maunakea, Hawai'i.

"Due to extreme faintness of this object following CNEOS prediction it was a challenging object to characterize" said Reddy. "We got color observations with the Large Binocular Telescope, or LBT, that suggested 2020 SO was not an asteroid."

Through a series of follow-up observations, Reddy and his team analyzed 2020 SO's composition using NASA's IRTF and compared the spectrum data from 2020 SO with that of 301 stainless steel, the material Centaur rocket boosters were made of in the 1960's. While not immediately a perfect match, Reddy and his team persisted, realizing the discrepancy in spectrum data could be a result of analyzing fresh steel in a lab against steel that would have been exposed to the harsh conditions of space weather for 54 years. This led Reddy and his team to do some additional investigation.

"We knew that if we wanted to compare apples to apples, we'd need to try to get spectral data from another Centaur rocket booster that had been in Earth orbit for many years to then see if it better matched 2020 SO's spectrum," said Reddy. "Because of the extreme speed at which Earth-orbiting Centaur boosters travel across the sky, we knew it would be extremely difficult to lock on with the IRTF long enough to get a solid and reliable data set."

However, on the morning of Dec. 1, Reddy and his team pulled off what they thought would be impossible. They observed another Centaur D rocket booster from 1971 launch of a communication satellite that was in Geostationary Transfer Orbit, long enough to get a good spectrum. With this new data, Reddy and his team were able to compare it against 2020 SO and found the spectra to be consistent with each another, thus definitively concluding 2020 SO to also be a Centaur rocket booster.

"This conclusion was the result of a tremendous team effort," said Reddy. "We were finally able to solve this mystery because of the great work of Pan-STARRS, Paul Chodas and the team at CNEOS, LBT, IRTF, and the observations around the world."

2020 SO made its closest approach to Earth on Dec. 1, 2020 and will remain within Earth's sphere of gravitational dominance - a region in space called the "Hill sphere" that extends roughly 930,000 miles (1.5 million kilometers) from our planet - until it escapes back into a new orbit around the Sun in March 2021. As NASA-funded telescopes survey the skies for asteroids that could pose an impact threat to Earth, the ability to distinguish between natural and artificial objects is valuable as nations continue to explore and more artificial objects find themselves in orbit about the Sun. Astronomers will continue to observe this particular relic from the early Space Age until it's gone.