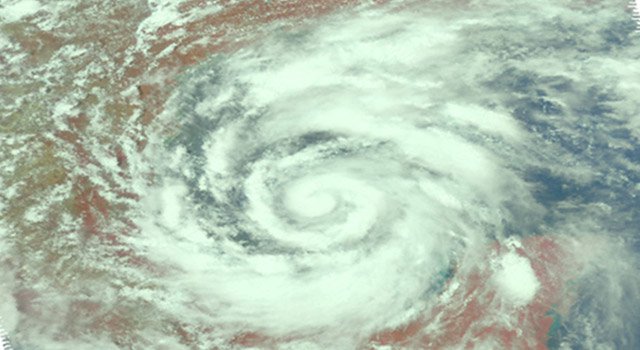 JPL instruments and spacecraft will participate in a six-week field campaign this summer to study how hurricanes form and rapidly intensify.› Larger image
Credit: NASA/JPL-Caltech

PASADENA, Calif. – Three NASA aircraft will begin flights to study tropical cyclones on Aug. 15 during the agency's first major U.S.-based hurricane field campaign since 2001. The Genesis and Rapid Intensification Processes mission, or GRIP, will study the creation and rapid intensification of hurricanes. Advanced instruments from NASA's Jet Propulsion Laboratory, Pasadena, Calif., will be aboard two of the aircraft.

One of the major challenges in tropical cyclone forecasting is knowing when a tropical cyclone is going to form. Scientists will use the data from this six-week field mission to better understand how tropical storms form and develop into major hurricanes. Mission scientists will also be looking at how storms strengthen, weaken and die.

"This is really going to be a game-changing hurricane experiment," said Ramesh Kakar, GRIP program scientist at NASA Headquarters in Washington. "For the first time, scientists will be able to study these storms and the conditions that produce them for up to 20 hours straight. GRIP will provide a sustained, continuous look at hurricane behavior at critical times during their formation and evolution."

GRIP is led by Kakar and three project scientists: Scott Braun and Gerry Heymsfield of NASA's Goddard Space Flight Center in Greenbelt, Md., and Edward Zipser of the University of Utah in Salt Lake City.

Three NASA satellites will play a key role in supplying data about tropical cyclones during the field mission. The Tropical Rainfall Measuring Mission, or TRMM, managed by both NASA and the Japan Aerospace Exploration Agency, will provide rainfall estimates and help pinpoint the locations of "hot towers" or powerhouse thunderstorms in tropical cyclones. The CloudSat spacecraft, developed and managed by JPL, will provide cloud profiles of storms, which include altitude, temperatures and rainfall intensity. Several instruments onboard NASA's Aqua satellite, including JPL's Atmospheric Infrared Sounder (AIRS), will provide infrared, visible and microwave data that reveal such factors as temperature, air pressure, precipitation, cloud ice content, convection and sea surface temperatures.

The three NASA aircraft taking part in the mission are a DC-8, WB-57 and a remotely piloted Global Hawk. The DC-8 will fly out of the Fort Lauderdale-Hollywood International Airport in Florida. The WB-57 will be based at the NASA Johnson Space Center's Ellington Field in Houston. The Global Hawk will be piloted and based from NASA's Dryden Flight Research Center, in Palmdale, Calif., while flying for up to 20 hours in the vicinity of hurricanes in the Atlantic and Gulf of Mexico.

The aircraft will carry a total of 15 instruments, ranging from an advanced microwave sounder to dropsondes that take measurements as they fall through the atmosphere to the ocean surface. In order to determine how a tropical cyclone will behave, the instruments will analyze many factors including: cloud droplet and aerosol concentrations, air temperature, wind speed and direction in storms and on the ocean's surface, air pressure, humidity, lightning, aerosols, and water vapor. The data also will validate the observations from space.

The JPL instruments include the High-Altitude Monolithic Microwave Integrated Circuit Sounding Radiometer (HAMSR), flying aboard the Global Hawk; and the Airborne Precipitation Radar (APR-2), aboard the DC-8. HAMSR is a microwave atmospheric sounder that will be used to infer the 3-D distribution of temperature, water vapor and cloud liquid water in the atmosphere. It operates even in the presence of clouds. APR-2 is a dual-frequency weather radar that will take 3-D images of the precipitation beneath the DC-8 to measure its characteristics. These data will be used to infer rainfall rates, the location of ice and the speed of air updrafts, all of which are part of the atmospheric processes that provide a hurricane's energy.

"It was a lot of hard work to assemble the science team and the payload for the three aircraft for GRIP," Kakar said. "But now that the start of the field experiment is almost here, we can hardly contain our excitement."

GRIP mission planning is being coordinated with two separate hurricane airborne research campaigns that will be in the field at the same time. The National Science Foundation is sponsoring the PRE-Depression Investigation of Cloud-systems in the Tropics mission. The National Oceanic and Atmospheric Administration is conducting the Intensity Forecast Experiment 2010. These flights will be based in St. Croix in the Virgin Islands and Tampa, Fla.