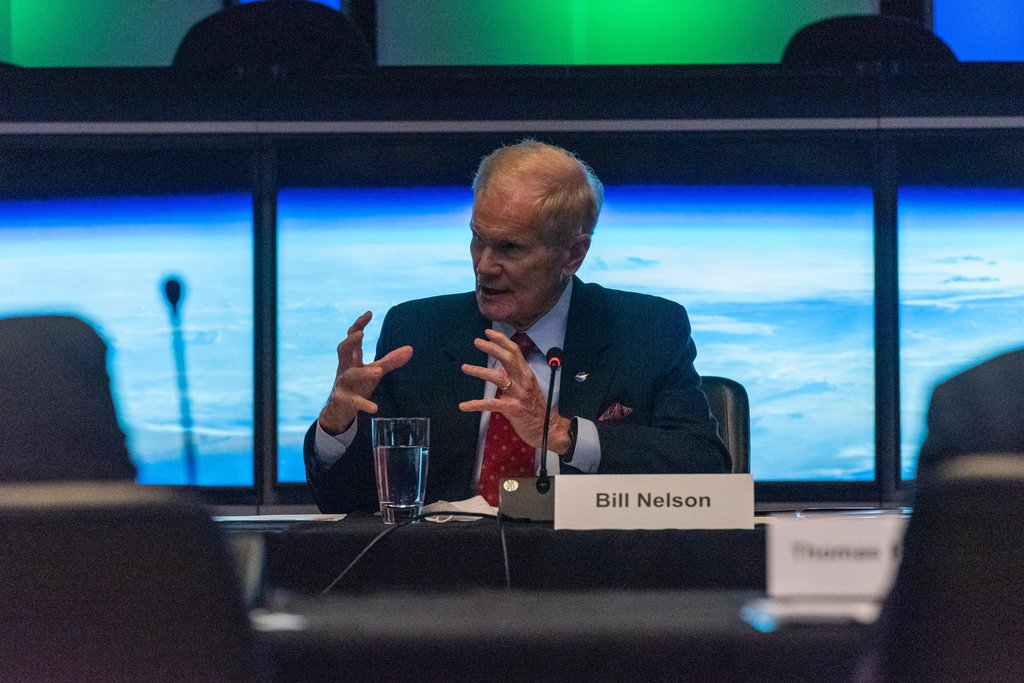 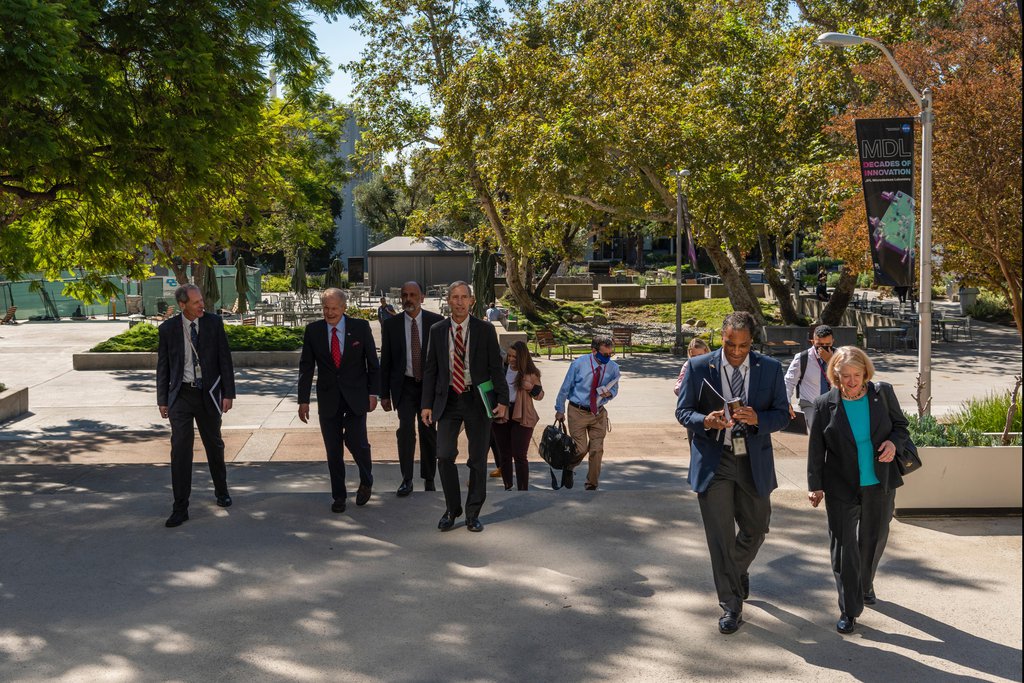 “In truth, this discussion is about saving our planet,” Nelson said. “NASA is the point of the spear on climate change.”

Central to the discussion were NASA JPL efforts to address climate resilience by measuring key indicators, such as the powerful greenhouse gas methane, and tracking freshwater across the globe. NASA assets also provide decision-makers and responders with critical data about damage following natural disasters such as earthquakes and wildfires.

After the roundtable, NASA leadership and California officials then headed to the surface mission support area that controls operations for the Perseverance rover, which landed in Mars’ Jezero Crater on Feb. 18, 2021, with an experimental helicopter attached to its belly. Perseverance engineers and scientists shared details about recent rover activities in the crater floor region nicknamed “Séítah” and what they hope to discover at the ancient river delta in the distance and beyond.

JPL leaders also discussed future plans for the Mars Sample Return campaign to bring rock and sediment samples Perseverance collects back to Earth for study. The Ingenuity Mars Helicopter team updated the group on their next flight plans.

The visit ended with a trip to the gallery looking into JPL’s Spacecraft Assembly Facility, the clean room where Moon probes, orbiters sent to Jupiter and Saturn, and generations of Mars rovers have taken shape. Engineers and technicians there are assembling the NASA-ISRO Synthetic Aperture Radar (NISAR) spacecraft. NISAR, a partnership with the Indian Space Research Organisation, will track subtle changes to the Earth’s surface, providing new ways to mitigate the threat of natural hazards, better manage natural resources, and understand climate change.

NISAR is part of NASA’s Earth System Observatory, a new set of Earth-focused missions to provide key information to guide efforts related to climate change, disaster mitigation, fighting forest fires, and improving real-time agricultural processes. The satellites within the Earth System Observatory will complement each other, working in tandem to create a 3D, holistic view of Earth, from bedrock to atmosphere.