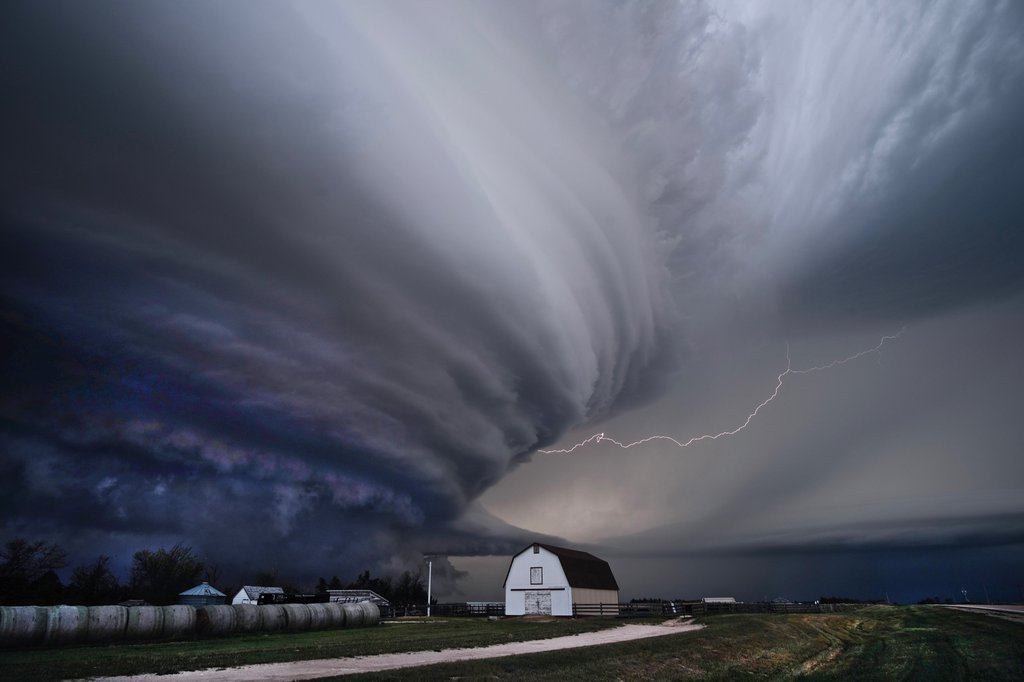 Fleets of miniature satellites like RainCube could one day study the rapid development and evolution of storms like this supercell thunderstorm over Nebraska.

RainCube, designed to study storms, was the first to fly a radar science instrument on a CubeSat.

After nearly 2 1/2 years in orbit, a shoebox-size weather satellite phoned home one last time before plunging into Earth’s atmosphere and burning up on Dec. 24, 2020. RainCube (Radar in a CubeSat) was a technology demonstration meant to show that shrinking a weather radar into a low-cost, miniature satellite called a CubeSat could provide science-quality data.

RainCube was deployed on July 13, 2018, from the International Space Station and had a primary mission of three months. The CubeSat’s instrument “saw” rain and other kinds of precipitation by bouncing radar signals off of raindrops, ice, and snowflakes, and measuring the strength and the time it took for the signals to return to the satellite. It provided scientists with pictures of what was happening inside of storms around the world.

Radar instruments on full-size Earth-observing satellites have carried out such measurements for years. “But the key thing with RainCube wasn’t bringing in new science,” said Simone Tanelli, RainCube principal scientist at NASA’s Jet Propulsion Laboratory in Southern California. “Instead, it was showing that we could give you similar data with a box that’s roughly 100 times smaller in volume than a full-size satellite.”

RainCube lasted far longer than the initial three months it was scheduled for, allowing researchers to collect data on hurricanes Marco and Laura in 2020 at the same time as another CubeSat called TEMPEST-D. The two CubeSats used different types of instruments to collect disparate, but complementary, observations that provided researchers with a 3D look inside these churning storms.

“That opened the door to something that Earth scientists are getting really excited about, which is using multiple CubeSats at the same time to study our planet,” said Shannon Statham, RainCube project manager at JPL.

Two CubeSats, RainCube and TEMPEST-D, were intended to demonstrate that small satellites could collect science-quality data of precipitation in Earth’s atmosphere.

Filling in the Blanks

Earth’s atmosphere is in constant motion, and some phenomena – like storms – can change from minute to minute. Current satellites in low-Earth orbit can observe a storm once or twice a day depending on the storm’s location. That means many hours can pass between observations of a single storm. Flying a fleet of satellites spaced minutes apart could provide researchers with fine-grained temporal data to help to fill in those coverage gaps.

But a full-size Earth-observing satellite can cost hundreds of millions of dollars to build, launch, and operate, and many are as large as cars or buses. “It’d be impossible to fly a fleet of these full-size satellites because it wouldn’t be affordable,” said Tanelli.

CubeSats, on the other hand, can range from something about the size of a cereal box to a toaster oven, and their build, deployment, and operations can cost less than $10 million. This lower price tag could give researchers the chance to fly several of these tiny satellites at the same time.

However, a CubeSat’s diminutive stature requires extensive engineering to shrink down an instrument while preserving its ability to collect and transmit scientific data. Other equipment, such as the radar antenna that receives signals, must also be revamped.

That’s where technology demonstrations like RainCube come in. For this particular mission, engineers whittled down the guts of a full-size radar instrument to only the essentials and redesigned how the parts fit together. The antenna – inspired by an antenna developed by the University of Southern California for their Aeneas CubeSat – went from being a rigid structure to something akin to an umbrella with collapsible components that could fold into an ultra-compact volume and unfurl once in space. RainCube engineers performed this mechanical origami, built their creation, and then launched the CubeSat within three years.

“RainCube is my baby,” said Statham, who – along with Tanelli and JPL Principal Investigator Eva Peral – has been with the project since its inception. “So its ending is bittersweet because we were hoping to have a little more time with it, but we’ve shown that science missions with CubeSats are possible, which is what we set out to do.”

RainCube is a technology-demonstration mission to enable Ka-band precipitation radar technologies on a low-cost, quick-turnaround platform. It is sponsored by NASA’s Earth Science Technology Office through the InVEST-15 program. JPL worked with Tyvak Nanosatellite Systems, Inc. in Irvine, California, to fly the RainCube mission. Caltech in Pasadena, California, manages JPL for NASA.