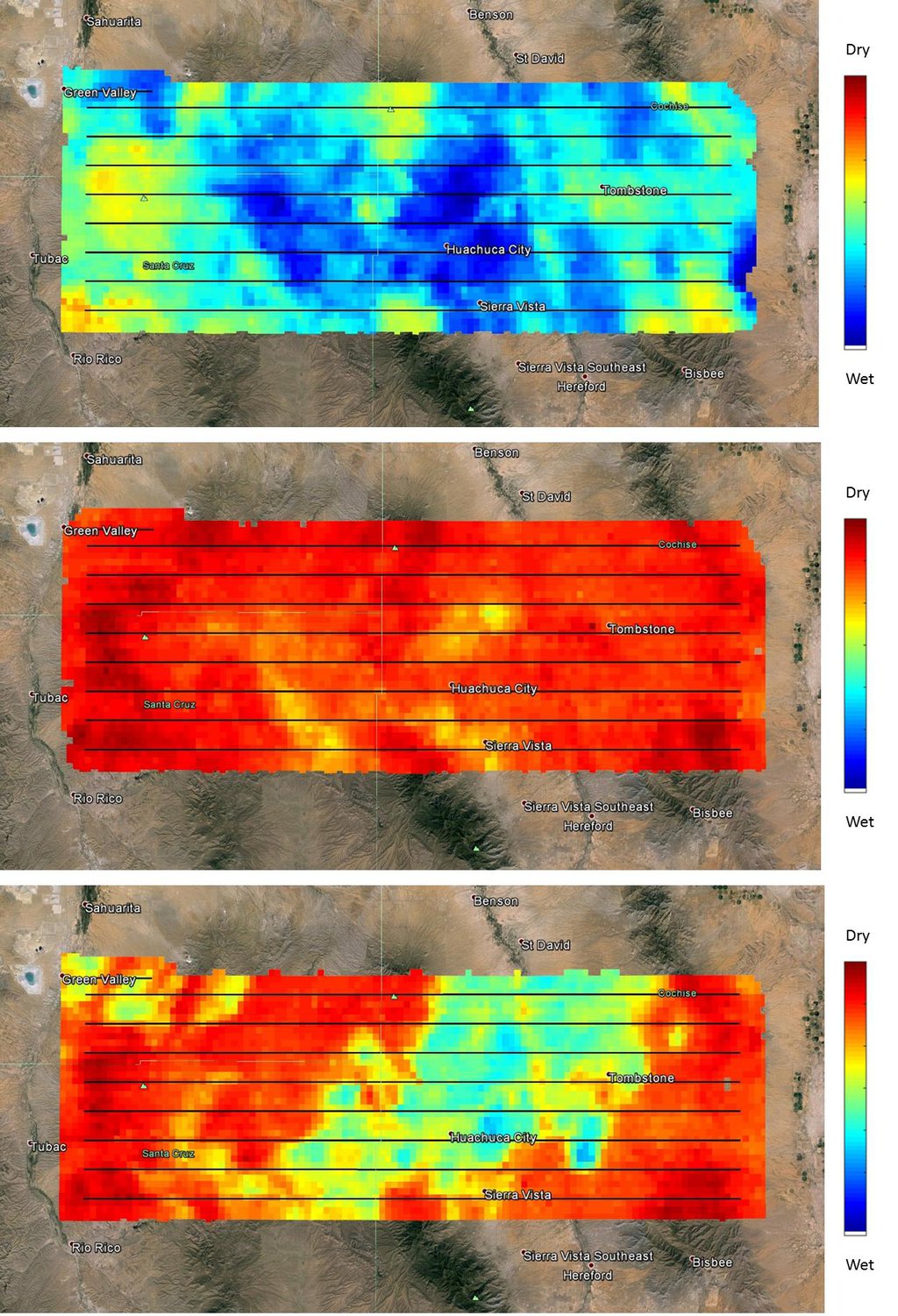 The measurements show that on the first day, the domain surface was wet overall, but had mostly dried down by the second measurement day. On the third day, there was a mix of soil wetness. The heterogeneous soil moisture distribution over the domain is typical for the area during the North American Monsoon season and provides excellent conditions for SMAP soil moisture product validation and algorithm enhancement.

The images are based on brightness temperature measured by the PALS instrument gridded on a grid with 0.6-mile (1-kilometer) pixel size. They do not yet compensate for surface characteristics, such as vegetation and topography. That work is currently in progress.

SMAP is managed for NASA's Science Mission Directorate in Washington by JPL. JPL is responsible for project management, system engineering, instrument management, the radar instrument, mission operations and the ground data system. NASA's Launch Services Program at NASA's Kennedy Space Center in Florida is responsible for launch management. JPL is managed for NASA by the California Institute of Technology in Pasadena.