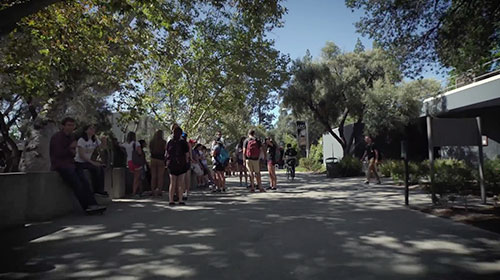 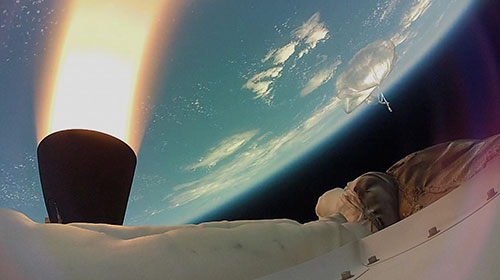 Organizations are unique in different ways, and JPL has particular reasons for seeing its identity as one-of-a-kind. These traits are generated in part by the Lab’s history and its unique status as part of the NASA and Caltech families. They are shaped as well by the kinds of minds and personalities that the Lab attracts.Some of the characteristics that distinguish JPL’s culture:

From the beginning, JPL has never been fundamentally a top-down culture. JPLers are smart people, and if there is a better way to do something they do not hesitate to speak up about it. For decades, the Lab has been known for its meetings and reviews where lively, candid debate between all levels of employees helps drive teams to robust engineering and science solutions.

A well-known historical photo from a rocket test in the New Mexico desert in the 1940s depicts several Army officers in crisp uniforms alongside a shirtless young man. Who is the JPLer? At the Lab, the power of ideas has always trumped any tendency to conform.

If a problem seems insoluble, that doesn’t faze the minds that create JPL’s missions. After airbags were used to successfully land the first three rovers on Mars, engineers knew they would need to find another way to deliver the larger, heavier machines they wanted to send next. But many easy ways out were unaffordable or years away from maturity. When the Curiosity rover settled onto the Martian surface in 2012, it was eased down by the Sky Crane – an outlandishly imaginative hardware system. The sweetest part for JPL’s engineers and scientists is that it worked perfectly.

Creativity and imagination are great starting places, but hard-headed thinking and extreme attention to detail are essential to success. Along with novel ideas, JPL is equally known for a highly disciplined approach to engineering, with a conservative mindset to ensure that systems work when they need to. This hearkens back to JPL’s earliest days, when no spacecraft left Earth without backups for its most critical systems – enabling teams to diagnose and fix problems by swapping out systems remotely from millions of kilometers away. And then there is the mantra: Test, test, test. All of the spacecraft that have completed successful missions have done so thanks to hundreds to thousands of hours of testing of hardware on the ground.

And one of the features that enriches the interchange of ideas at the Lab is its unique identity as part of the NASA and Caltech cultures – funded by the space agency to serve the space program and national interests, while staffed and managed by one of the world’s premier academic campuses. This synergy offers opportunities and technical resources that would not be possible in either realm alone.