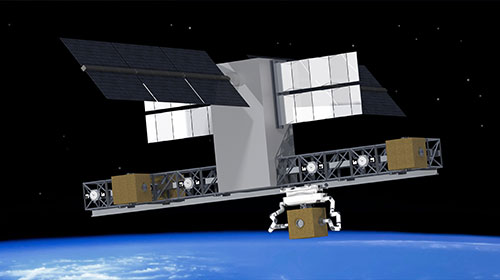 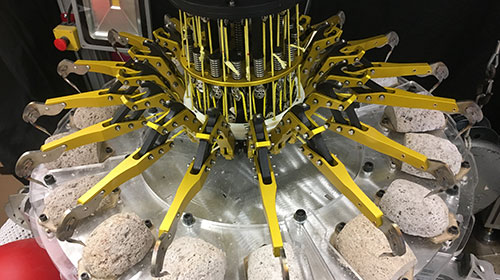 JPL is developing key technologies to make swarms of spacecraft a reality on future missions. From forming reconfigurable deep space antennas to expanding the reach of our planetary rovers into extreme terrains, these systems will provide a substantial leap in NASA’s capability to explore the universe. 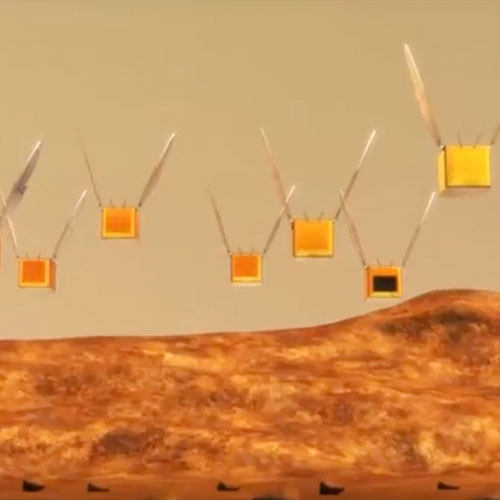 NASA is funding a preliminary study to develop Marsbees as a new tool for exploring the Martian environment. The bumblebee-sized robots would make brief flights to sample the Martian atmosphere before returning to their Mars rover home base to recharge. 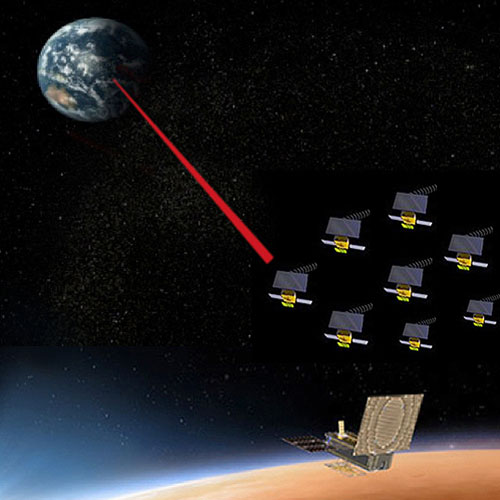 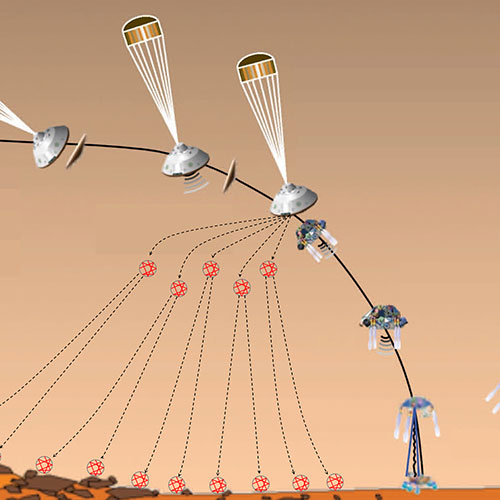 Guidance of Swarms Deployed from the Back Shell

JPL has developed a guidance algorithm for a swarm of assets deployed from the back shell of the Mars spacecraft for distributed science. The guidance algorithm computes the release time of the assets during the entry, descent, and landing sequence, such that the swarm achieves the desired configuration upon landing, despite individual assets being subject to significant environmental disturbances.