The U.S.-European Surface Water and Ocean Topography (SWOT) mission to study our home planet is targeting a December 2022 launch from Vandenberg Space Force Base in Central California. The SUV-size satellite will help researchers understand how much water flows into and out of Earth’s freshwater bodies and will provide insight into the ocean’s role in how climate change unfolds.

The measurements from the spacecraft’s science instruments will also help communities monitor and plan for changing water resources as well as the effects of sea level rise. SWOT is a joint mission developed by NASA and the French space agency Centre National d’Études Spatiales (CNES), with contributions from the Canadian Space Agency and the UK Space Agency.

6 Things To Know About SWOT

Earth’s climate is changing. NASA currently operates over two dozen Earth-observing spacecraft or space-borne instruments to study those changes, giving scientists multiple tools to analyze everything from the ocean to clouds to ice to atmospheric chemistry. The information these instruments produce can, in turn, provide invaluable insights to resource managers, decision-makers, industry, and others.

What will the upcoming U.S.-European SWOT mission enable scientists to learn that they haven’t been able to before? What makes this mission significant? Here are six key details about SWOT that help answer those questions:

1. SWOT will survey nearly all water on Earth’s surface for the first time.

Image from Mission overview video about the international SWOT mission.

SWOT is the first satellite mission that will observe nearly all water on the planet’s surface. It will measure the height of water in Earth’s lakes, rivers, reservoirs, and the ocean, giving scientists the ability to track the movement of water around the world.

Water is essential for life on this planet. But it also plays a critical role in storing and moving Earth’s heat and carbon, and influences the planet’s weather and climate. Tracking Earth’s water budget – where the water is today, where it’s coming from, and where it’s going to be tomorrow – is critical to understanding how the planet’s water resources are changing and the impact those changes have on the local environment.

SWOT’s eye in the sky will provide a truly global view of Earth’s surface water, enriching humankind’s understanding of how the ocean reacts to and influences climate change along with what potential hazards – including floods – lay ahead in different regions of the world.

2. SWOT will see Earth’s water in higher definition than ever before.

This animation shows how SWOT will collect data over the state of Florida, which is rich with rivers, lakes, and wetlands. Globally, SWOT will measure the height of water in the ocean and in lakes, rivers, and reservoirs on land.

SWOT will view Earth’s oceans and surface water on land with unprecedented clarity compared to other satellites, much like a high-definition television delivers a picture far more detailed than older models. This means that SWOT will be able to “see” such ocean features as fronts and eddies that are too small for current space-based instruments to detect, which will help improve researchers’ understanding of the ocean’s role in climate change.

Earth’s seas have absorbed more than 90% of the excess heat trapped in our atmosphere by human-caused greenhouse gas emissions. Researchers think that a lot of that heat – and the extra carbon dioxide and methane that produced it – is absorbed at short-lived ocean features, like fronts and eddies (in this case, eddies less than 60 miles, or 100 kilometers, across). Fronts are where water masses with different characteristics (such as temperature or density) collide, and eddies are circular currents. SWOT will be able to collect data on these ocean features, bringing the blurry picture of Earth’s ocean into focus. Not only will the satellite show where – and how fast – sea level is rising, it will also reveal how coastlines around the world are changing.

The SWOT satellite will provide similar high-definition clarity for Earth’s lakes, rivers, and reservoirs. Many big rivers remain a mystery to researchers, who are unable to outfit the water bodies with monitoring instruments for various reasons, including inaccessibility. SWOT will observe the entire length of nearly all rivers wider than 330 feet (100 meters). Likewise, where ground and satellite technologies currently provide data on only a few thousand of the largest lakes worldwide, SWOT will expand that number to over a million lakes the size of three New York City blocks (about 15 acres, or 62,500 square meters) or larger.

3. SWOT will address some of the most pressing climate change questions of our time. 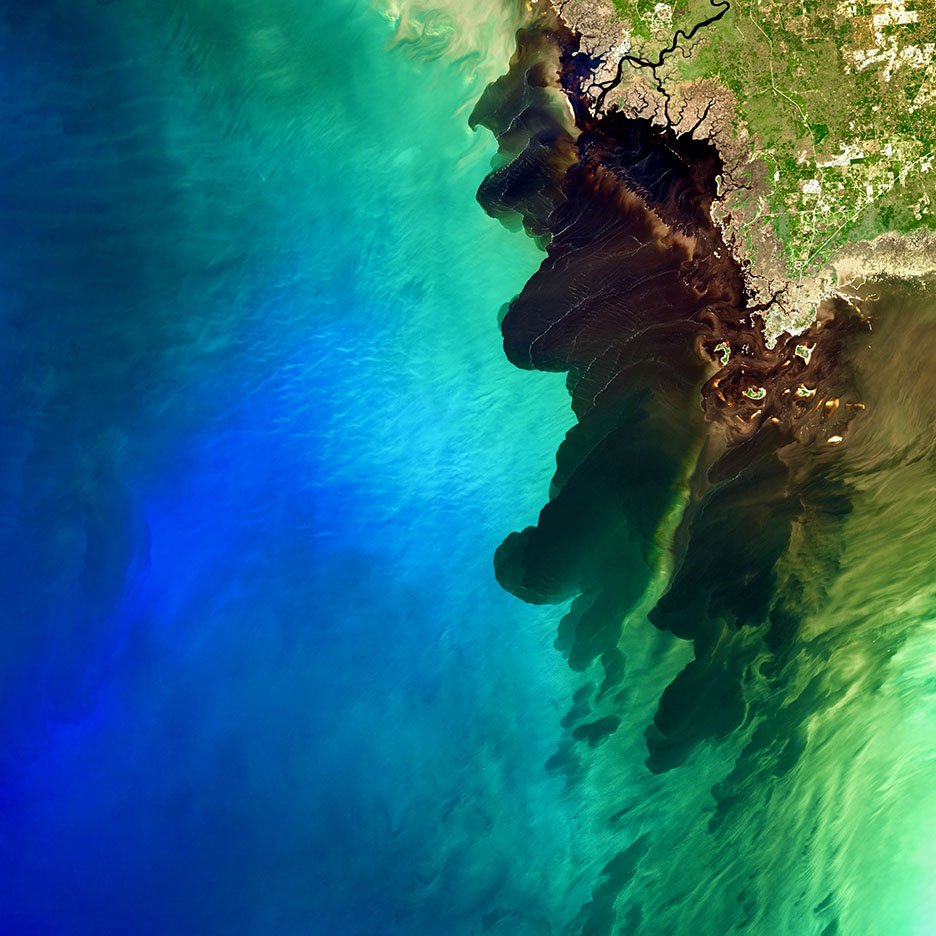 In this image from the NASA-U.S. Geological Survey Landsat 8 satellite, the dark-brown waters of the Suwannee River meet the blue-green Gulf of Mexico along Florida’s Big Bend (where the state’s panhandle curves to meet its peninsula).

An important part of predicting our future climate is determining at what point Earth’s ocean stops absorbing heat and starts releasing it back into the atmosphere, where it could accelerate global warming. SWOT will provide crucial information about this global heat exchange between the ocean and the atmosphere, enabling researchers to test and improve future climate forecasts.

Climate change is also accelerating Earth’s water cycle, leading to more volatile precipitation patterns, including torrential downpours and extreme droughts. That volatility can make it hard for communities to manage their water resources. The data that SWOT provides will enable scientists, engineers, water managers, and others to better determine whether a region is drying out or getting wetter, and it will enable them to measure how much water flows through these areas.

Another effect of Earth’s changing climate: Sea level around the world is rising slightly faster every year. However, understanding exactly how sea level is changing along coastlines – and what the future impact of those changes will be – is difficult due to gaps in the observations from current space- and Earth-based science instruments. SWOT will fill in these blank spots, offering insights into coastal sea levels that can then be used to improve computer models for sea level rise projections and coastal flood forecasting.

4. SWOT data will be used to inform decisions about our daily lives and livelihoods. 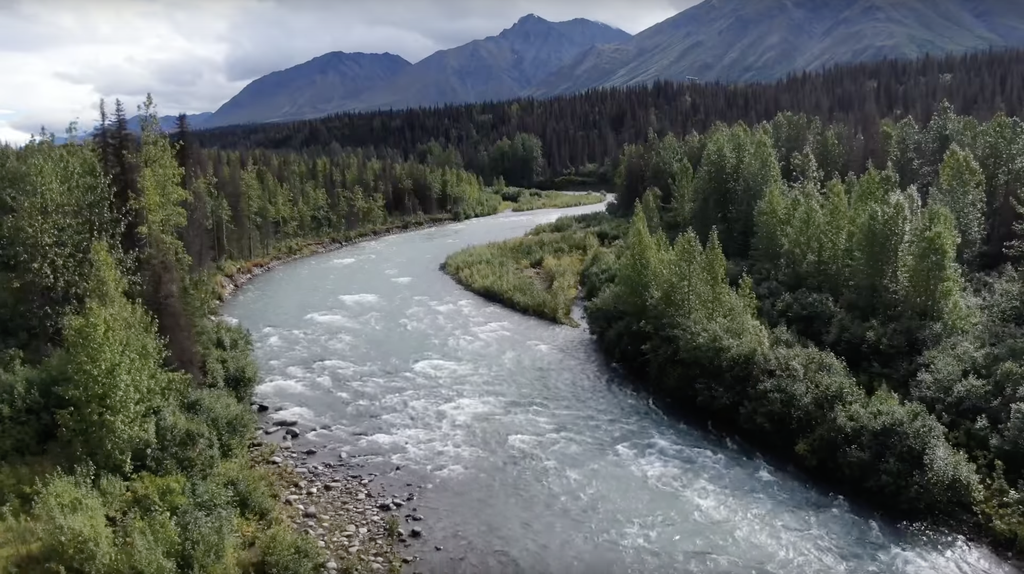 Image from video that shows how the SWOT mission will help communities plan for a better future by surveying the planet’s salt and freshwater bodies.

As climate change accelerates the water cycle, more communities around the world will be inundated with water while others won’t have enough. SWOT data will be used to monitor drought conditions and improve flood forecasts, providing essential information to water management agencies, disaster preparedness agencies, universities, civil engineers, and others who need to track water in their local areas. SWOT data will also help industries, like shipping, by providing measurements of water levels along rivers, as well as ocean conditions, including tides, currents, and storm surges.

This video shows how the SWOT mission will help communities plan for a better future by surveying the planet’s salt and freshwater bodies.

5. SWOT builds on a long-standing international partnership and reflects NASA’s commitment to working with other agencies to observe Earth and its climate. 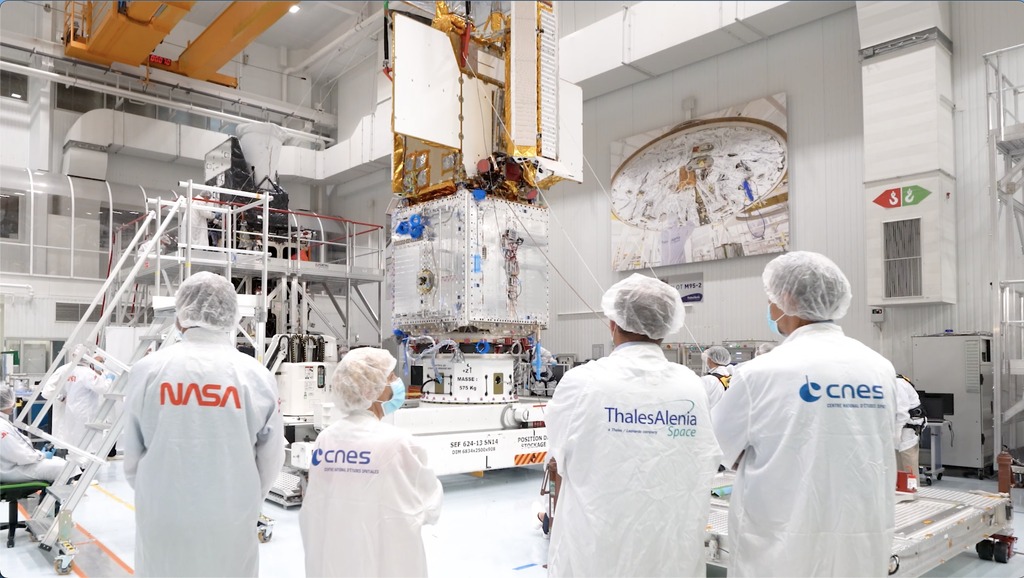 NASA and the French space agency Centre National d’Études Spatiales (CNES), the two agencies leading the development of SWOT, are building upon collaborations that started in the 1980s to monitor Earth’s ocean. This partnership, with Thales Alenia Space as a major industry partner, pioneered the use of a space-based instrument called an altimeter to study sea level with the launch of the TOPEX/Poseidon satellite in 1992. The NASA-CNES partnership has continued uninterrupted for three decades, demonstrating a lasting international commitment to studying our home planet. It eventually expanded to encompass several other partners, including the Canadian Space Agency and the UK Space Agency for SWOT, and ESA (the European Space Agency) for the Sentinel-6 Michael Freilich satellite, which launched in November 2020.

With SWOT, NASA and CNES are taking satellite altimetry to a new level through their collaboration on the Ka-band Radar Interferometer (KaRIn) instrument. KaRIn is a radar instrument that will observe Earth in more detail than any previous altimeter, allowing scientists to see many features on land and in the ocean that are too small for current instruments to measure from space.

6. SWOT is paving the way for future NASA Earth missions. 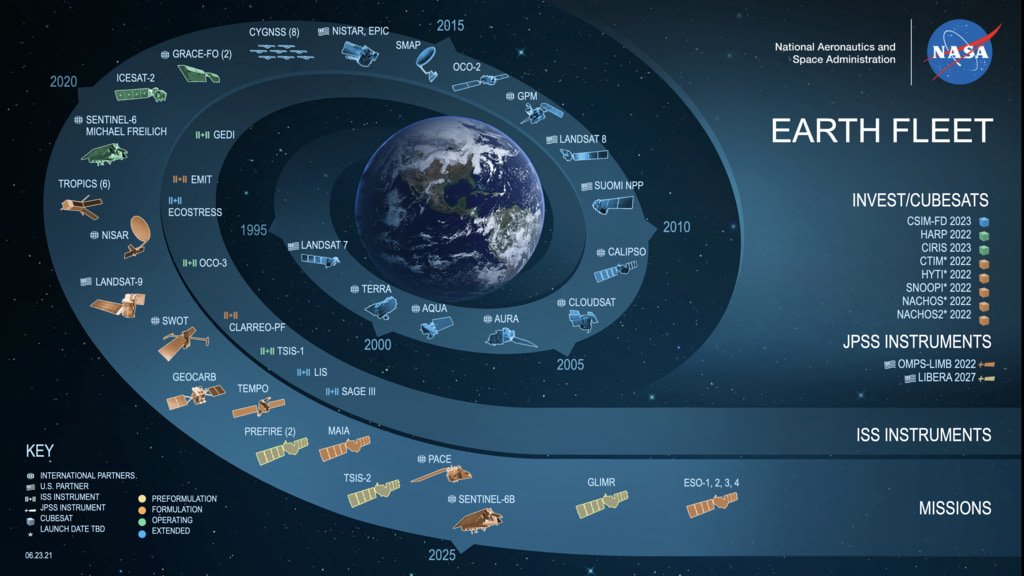 This graphic shows NASA’s Earth science missions, including spacecraft currently flying and others in formulation.

With its innovative technology and commitment to engaging a diverse community of people who plan to use data from the mission, SWOT is blazing a trail for future Earth-observing missions. Thanks to the ingenuity and dedication of NASA and CNES engineers, the pioneering the KaRIn instrument will provide unprecedented detail on the world’s ocean, lakes, rivers, and reservoirs. SWOT’s data and the tools to support researchers in analyzing the information will be free and accessible. This will help to foster research and applications activities by a wide range of users, including scientists, resource managers, and others who may not usually have the opportunity to access this knowledge. Lessons learned from SWOT will lead to new questions and improvements for future missions, including NASA’s upcoming Earth System Observatory, a constellation of missions focused on studying key aspects of our home planet.