Tibet Provides Passage for Chemicals to Reach the Stratosphere 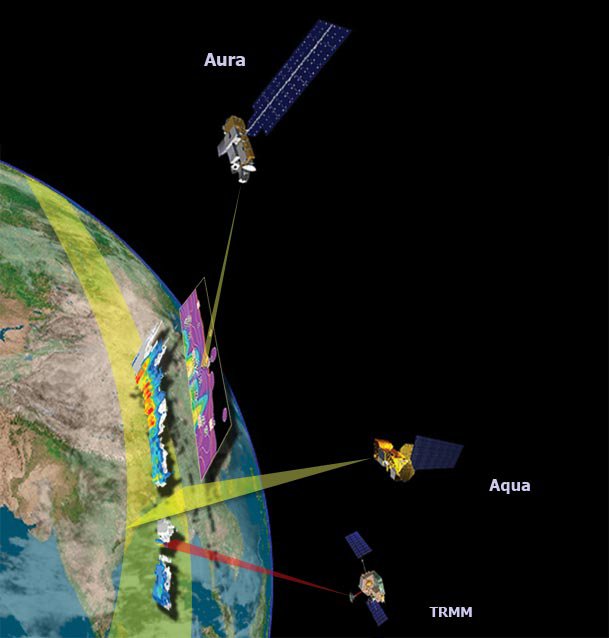 NASA and university researchers have found that thunderstorms over Tibet provide a main pathway for water vapor and chemicals to travel from the lower atmosphere, where human activity directly affects atmospheric composition, into the stratosphere, where the protective ozone layer resides.

NASA and university researchers have found that thunderstorms over Tibet provide a main pathway for water vapor and chemicals to travel from the lower atmosphere, where human activity directly affects atmospheric composition, into the stratosphere, where the protective ozone layer resides.

Learning how water vapor reaches the stratosphere can help improve climate prediction models. Similarly, understanding the pathways that ozone-depleting chemicals can take to reach the stratosphere is essential for understanding future threats to the ozone layer, which shields Earth from the sun's harmful ultraviolet rays.

The team collected more than 1,000 measurements of high concentrations of water vapor in the stratosphere over the Tibetan Plateau and the Asian monsoon region. The measurements were collected during August 2004 and August 2005, during the height of monsoon season. Through the use of wind data and NASA atmospheric models, they found the water vapor originated over Tibet, just north of the Himalayan mountain range.

The team also found that even though more thunderstorms occurred over India, the storms over Tibet transported nearly three times more water vapor into the lower stratosphere than the more frequent thunderstorms that occur over India.

"This study shows that thunderstorms over Tibet are mainly responsible for the large amount of water vapor entering the stratosphere," said Dr. Rong Fu, associate professor in Georgia Tech's School of Earth and Atmospheric Sciences, who led the study. "The rainfall may not be as frequent over Tibet as over the Indian monsoon area, but because Tibet is at a much higher elevation than India, the storms over Tibet are strong and penetrate very high, and send water vapor right into the stratosphere."

The study also found that the same pathway is responsible for transporting carbon monoxide, an indicator of air pollution, into the upper atmosphere.

"There's almost no carbon monoxide production in Tibet, so it's widely believed that carbon monoxide is transported to the tropopause over Southeast Asia and the Indian subcontinent," Fu said. The tropopause divides the lower atmosphere from the stratosphere, and is located at an altitude of about 18 kilometers (11 miles) above Earth over the tropics and Tibet.

Fu added, "Our study finds thunderstorms over Tibet transport as much carbon monoxide to the lower stratosphere as do those over India. When long-lived pollutants are transported out of the lower atmosphere, they can move rapidly. Pollutants from Asia, for example, can wind up on the other side of the world."

The findings are published in the Proceedings of the National Academy of Sciences.

For more information on the Microwave Limb Sounder and Aura, visit: http://mls.jpl.nasa.gov and http://aura.gsfc.nasa.gov .

For information on Aqua and the Tropical Rainfall Measuring Mission, visit: http://aqua.nasa.gov/ and http://trmm.gsfc.nasa.gov/ .