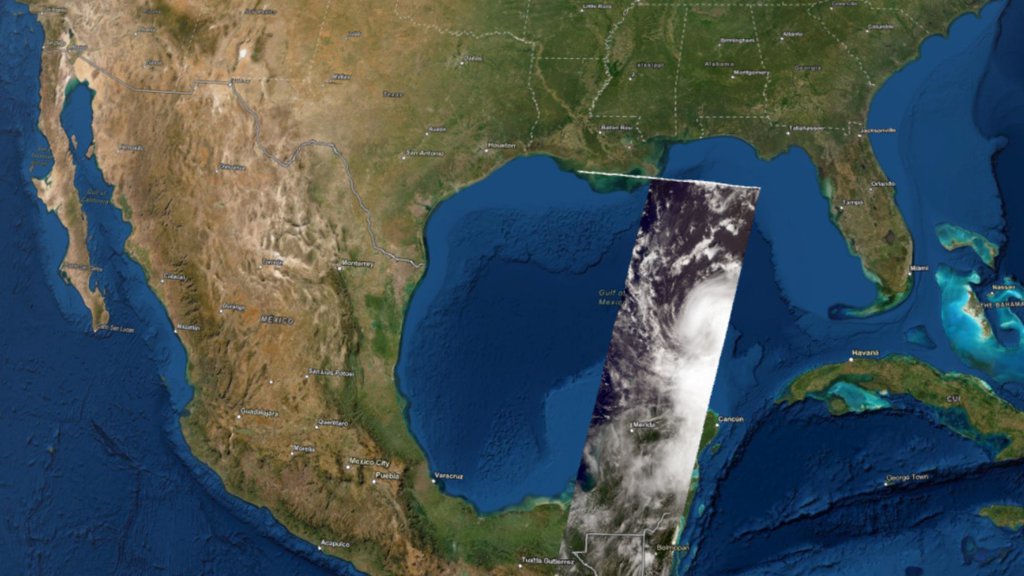 A still image of a 3D visualization of the cloud tops of what would become Hurricane Laura, as seen on Aug. 25, 2020, by the MISR instrument aboard NASA's Terra satellite.
Credit: NASA Disasters Program, Esri

This perspective can help researchers spot features in a hurricane, including those that could indicate whether a hurricane will intensify or weaken.