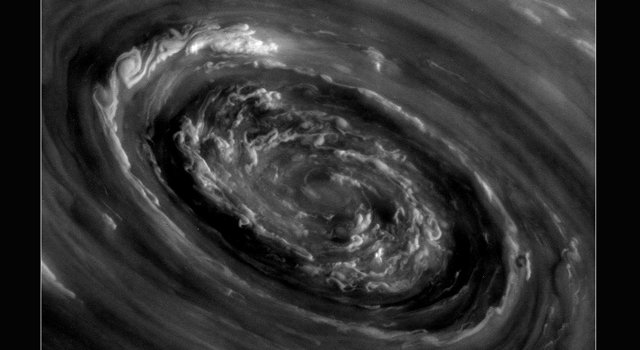 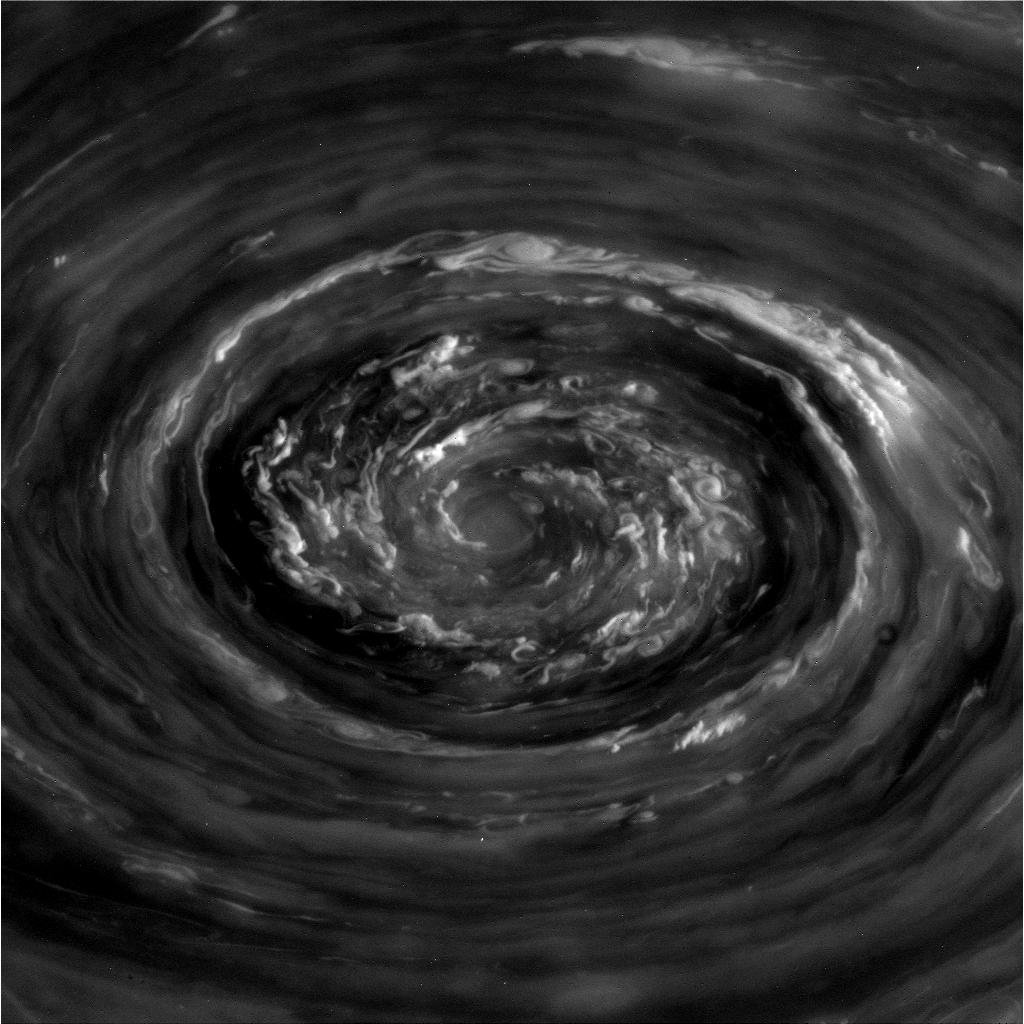 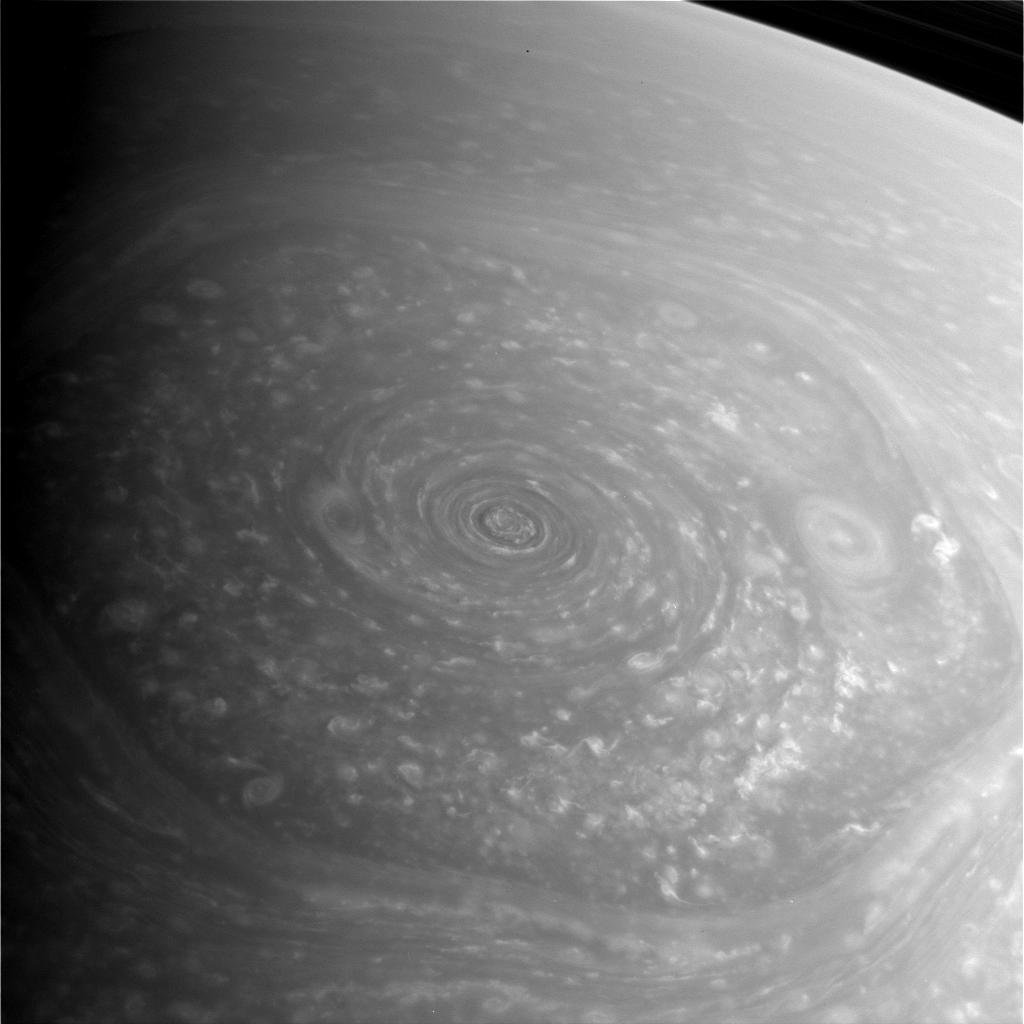 NASA's Cassini spacecraft has been traveling the Saturnian system in a set of inclined, or tilted, orbits that give mission scientists a vertigo-inducing view of Saturn's polar regions. This perspective has yielded images of roiling storm clouds and a swirling vortex at the center of Saturn's famed north polar hexagon.

These phenomena mimic what Cassini found at Saturn's south pole a number of years ago. Cassini has also seen storms circling Saturn's north pole in the past, but only in infrared wavelengths because the north pole was in darkness. (See http://www.jpl.nasa.gov/news/news.php?release=2008-192 .) But, with the change of the Saturnian seasons, the sun has begun to creep over the planet's north pole.

The Cassini-Huygens mission is a cooperative project of NASA, the European Space Agency and the Italian Space Agency. JPL, a division of the California Institute of Technology in Pasadena, manages the Cassini-Huygens mission for NASA's Science Mission Directorate, Washington. The Cassini orbiter and its two onboard cameras were designed, developed and assembled at JPL. The imaging team is based at the Space Science Institute in Boulder, Colo.