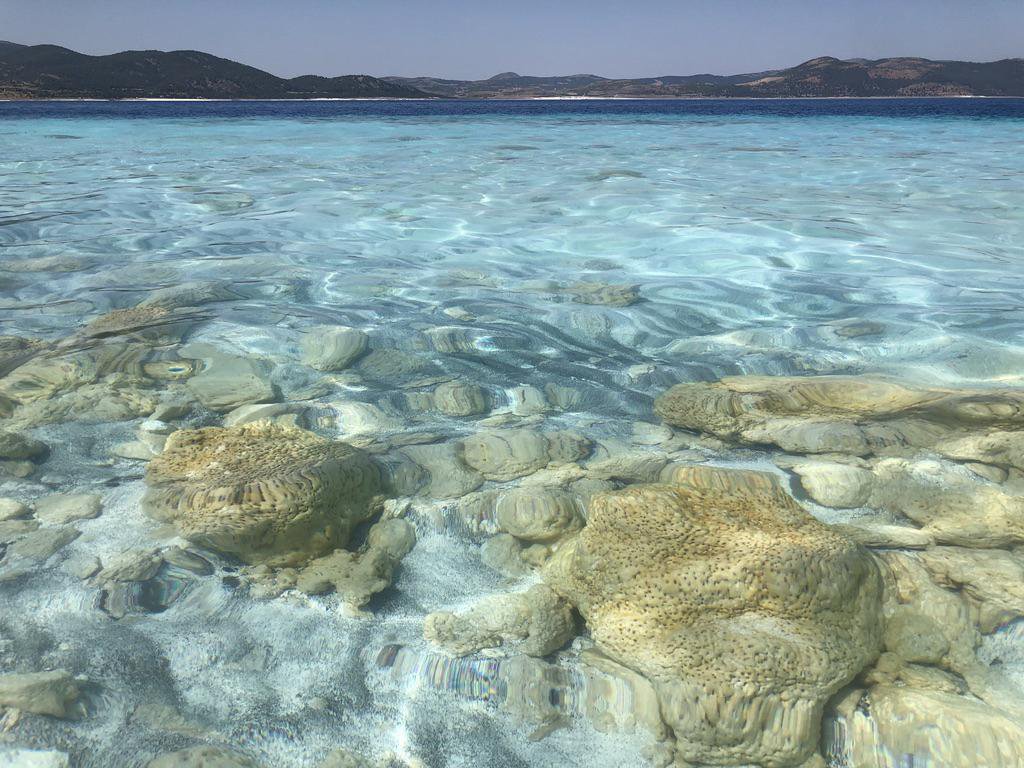 The rocks along the shoreline of Lake Salda in Turkey were formed by microbes that trap minerals and sediments in the water. Studying these ancient microbial fossils on Earth help Mars 2020 scientists prepare for their mission. Full Image Details 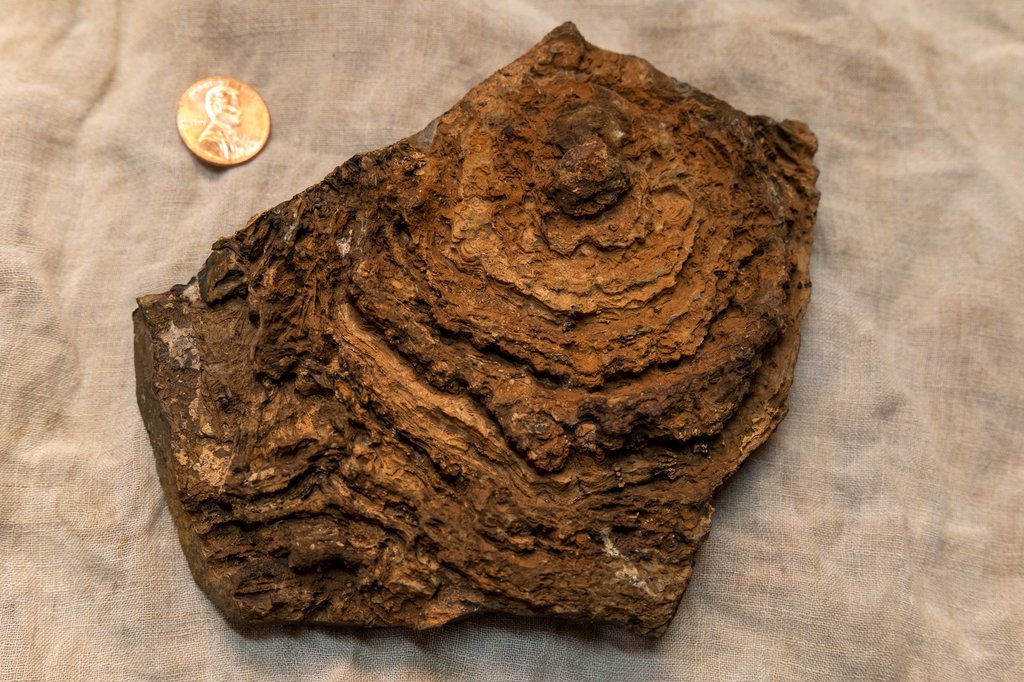 This image shows the finely layered internal structure of a stromatolite from the Pilbara Craton in Western Australia. Full Image Details 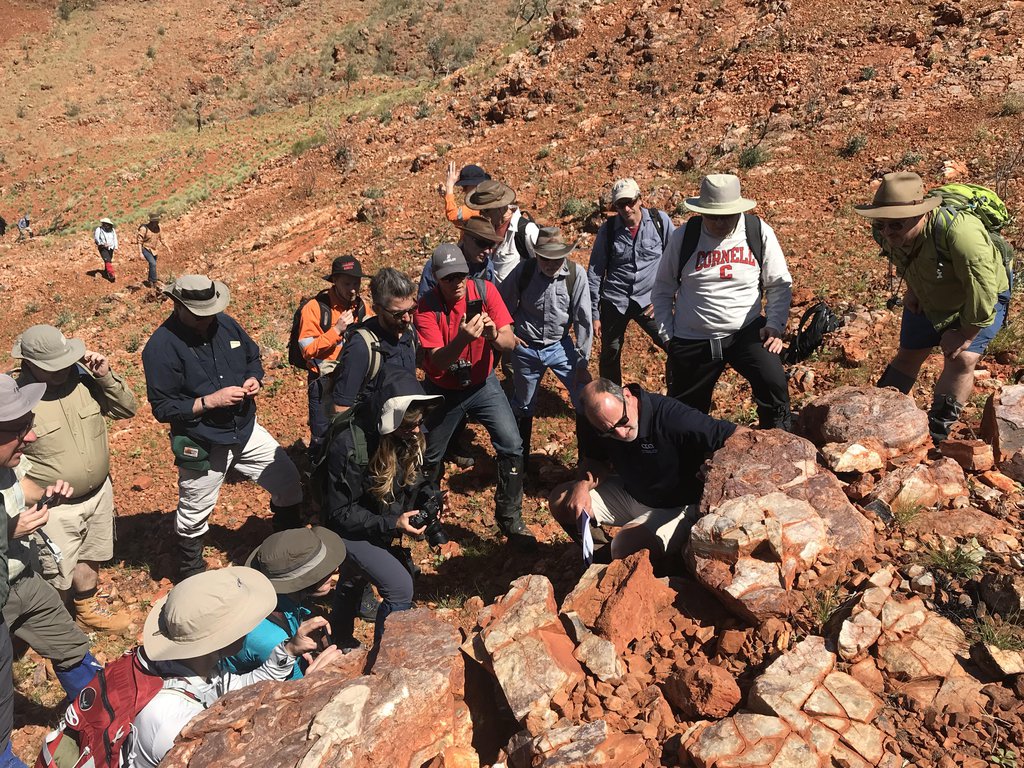 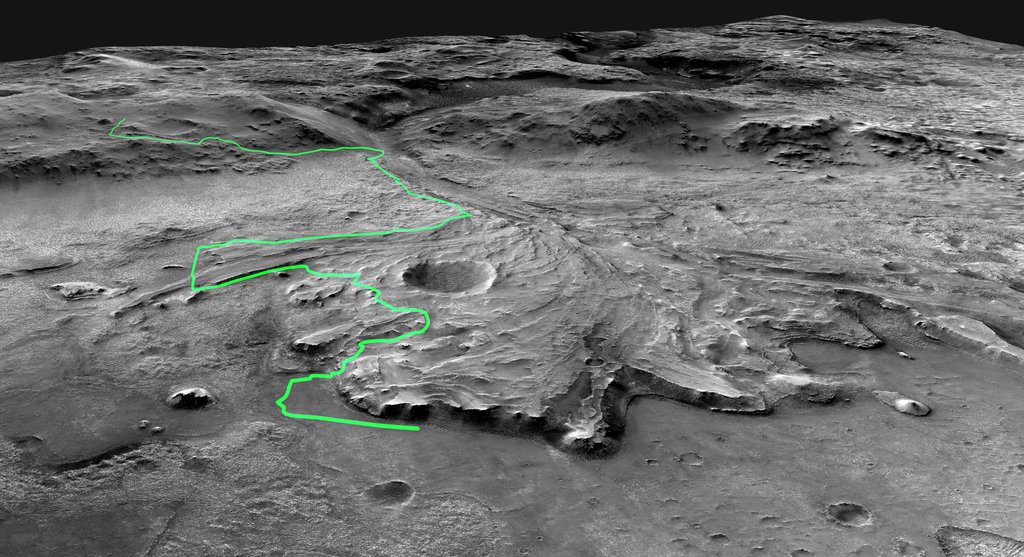 When the agency’s newest rover mission searches for fossilized microscopic life on the Red Planet, how will scientists know whether they’ve found it?

NASA’s Mars 2020 Perseverance rover will be the agency’s ninth mission to land on the Red Planet. Along with characterizing the planet’s geology and climate, and paving the way for human exploration beyond the Moon, the rover is focused on astrobiology, or the study of life throughout the universe. Perseverance is tasked with searching for telltale signs that microbial life may have lived on Mars billions of years ago. It will collect rock core samples in metal tubes, and future missions would return these samples to Earth for deeper study.

“To quote Carl Sagan,” said Gentry Lee, chief engineer for the Planetary Science Directorate at NASA’s Jet Propulsion Laboratory, “‘If we see a hedgehog staring in the camera, we would know there’s current and certainly ancient life on Mars, but based on our past experiences, such an event is extremely unlikely. Extraordinary claims require extraordinary evidence, and the discovery that life existed elsewhere in the universe would certainly be extraordinary.’”

Mars 2020 mission scientists believe that Jezero Crater, the landing site for Perseverance, could be home to such evidence. They know that 3.5 billion years ago, Jezero was the site of a large lake, complete with its own river delta. They believe that while the water may be long gone, somewhere within the 28-mile-wide (45-kilometer-wide) crater, or perhaps along its 2,000-foot-tall (610-meter-tall) rim, biosignatures (evidence that life once existed there) could be waiting.

“We expect the best places to look for biosignatures would be in Jezero’s lakebed or in shoreline sediments that could be encrusted with carbonate minerals, which are especially good at preserving certain kinds of fossilized life on Earth,” said Ken Williford, deputy project scientist for the Mars 2020 Perseverance rover mission at JPL. “But as we search for evidence of ancient microbes on an ancient alien world, it’s important to keep an open mind.”

NASA’s fifth rover to the fourth planet from the Sun carries a new suite of scientific instruments to build on the discoveries of NASA’s Curiosity rover, which has found that parts of Mars could have supported microbial life billions of years ago.

Any hunt for biosignatures will include the rover’s suite of cameras, especially Mastcam-Z (located on the rover’s mast), which can zoom in to inspect scientifically interesting targets. The mission’s science team can task Perseverance’s SuperCam instrument – also on the mast – to fire a laser at a promising target, generating a small plasma cloud that can be analyzed to help determine its chemical composition. If those data are intriguing enough, the team could command the rover’s robotic arm to go in for a closer look.

To do that, Perseverance will rely on one of two instruments on the turret at the end of its arm. PIXL the Planetary Instrument for X-ray Lithochemistry) will employ its tiny but powerful X-ray beam to search for potential chemical fingerprints of past life. The SHERLOC (the Scanning Habitable Environments with Raman & Luminescence for Organics & Chemicals) instrument has its own laser and can detect concentrations of organic molecules and minerals that have been formed in watery environments. Together, SHERLOC and PIXL will provide high-resolution maps of elements, minerals, and molecules in Martian rocks and sediments, enabling astrobiologists to assess their composition and determine the most promising cores to collect.

An enduring hope of the science team is to find a surface feature that couldn’t be attributed to anything other than ancient microbial life. One such feature could be something like a stromatolite. On Earth, stromatolites are wavy, rocky mounds formed long ago by microbial life along ancient shorelines and in other environments where metabolic energy and water were plentiful. Such a conspicuous feature would be difficult to chalk up to geologic processes.

“Yes, there are certain shapes that form in rocks where it’s extremely difficult to imagine an environment devoid of life that could cause that shape to form,” said Williford. “But that said, there are chemical or geologic mechanisms that can cause domed layered rocks like we typically think of as a stromatolite.”

Enter Perseverance’s sample caching system. The steamer-trunk-size collection of motors, planetary gearboxes, and sensors is among the most complex, capable, and cleanest mechanisms ever sent into space. With it, the science team will collect the most intriguing samples they can find, store them in samples tubes, and, later, deposit them so that future missions can collect the sample tubes and fly them back to Earth for analysis.

“The instrumentation required to definitively prove microbial life once existed on Mars is too large and complex to bring to Mars,” said Bobby Braun, the Mars Sample Return program manager at JPL. “That is why NASA is partnering with the European Space Agency on a multi-mission effort, called Mars Sample Return, to retrieve the samples Perseverance collects and bring them back to Earth for study in laboratories across the globe.”

And when that happens, samples from Mars’ Perseverance rover may tell us that at one time billions of years ago life existed elsewhere in the universe. But they also may indicate the opposite. And what then?

“We have strong evidence that Jezero Crater once had the ingredients for life. Even if we conclude after returned sample analysis that the lake was uninhabited, we will have learned something important about the reach of life in the cosmos,” said Williford. “Whether or not Mars was ever a living planet, it’s essential to understand how rocky planets like ours form and evolve. Why did our own planet remain hospitable as Mars became a desolate wasteland?"

Perseverance may not provide the final word on if the Red Planet ever contained life, but the data it collects and the discoveries it makes will play a key role whenever that result is reached.

Humanity has been focusing on Mars since Galileo became the first human to see it through a telescope in 1609. Did it once have life? The answer may be awaiting us somewhere in Jezero Crater. NASA’s Perseverance rover will begin the process of finding out tomorrow.

Subsequent missions by NASA in cooperation with ESA (European Space Agency), would send spacecraft to Mars to collect these sealed samples from the surface and return them to Earth for in-depth analysis.