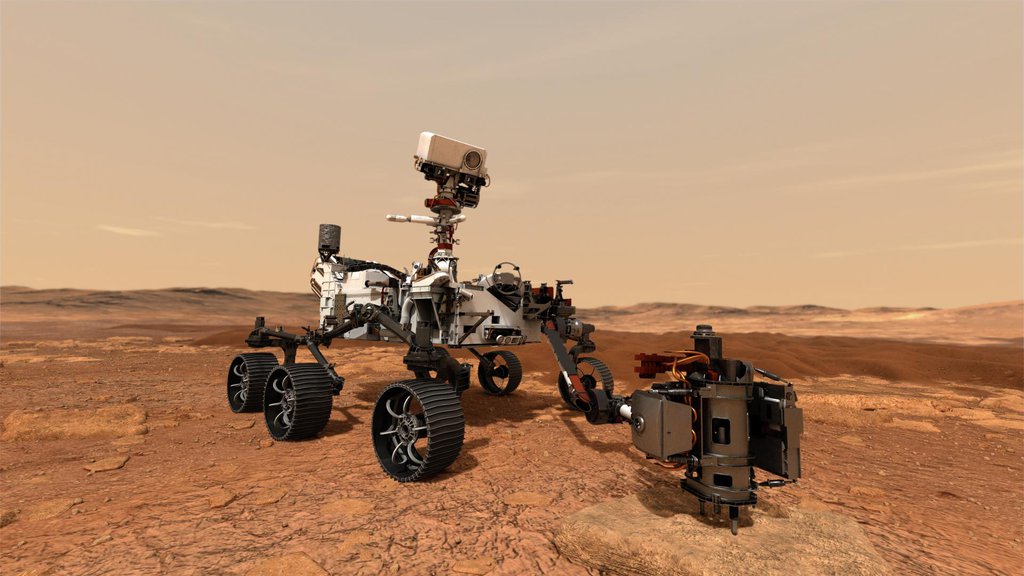 During this next phase, the program will mature critical technologies and make critical design decisions as well as assess industry partnerships.

NASA and ESA (European Space Agency) are moving to the next phase in a campaign to deepen understanding of whether life ever existed on Mars and, in turn, better understand the origins of life on Earth.

NASA has approved the Mars Sample Return (MSR) multi-mission effort to advance to Phase A, preparing to bring the first pristine samples from Mars back to Earth. During this phase, the program will mature critical technologies and make critical design decisions as well as assess industry partnerships.

The first endeavor of this campaign is in progress. NASA's Mars 2020 Perseverance rover launched in July and is set to land on the Red Planet Feb. 18, 2021. The car-size rover will search for signs of ancient microbial life. Using a coring drill at the end of its robotic arm, Perseverance has the capability to gather samples of Martian rock and regolith (broken rock and dust) and hermetically seal them in collection tubes. Perseverance can deposit these samples at designated locations on the Martian surface or store them internally.

In the next steps of the MSR campaign, NASA and ESA will provide respective components for a Sample Retrieval Lander mission and an Earth Return Orbiter mission, with launches planned in the latter half of this decade. The Sample Retrieval Lander mission will deliver a Sample Fetch Rover and Mars Ascent Vehicle to the surface of Mars. The rover will retrieve the samples and transport them to the lander. The Perseverance rover also provides a potential capability for delivery of collection tubes to the lander. A robotic arm on the lander will transfer the samples into a container embedded in the nose of the Mars Ascent Vehicle.

Once sealed, the system will prepare for the first launch from another planet. In Mars orbit, the Earth Return Orbiter will rendezvous with and capture the sealed sample container, and then place the samples in an additional high-reliability containment capsule for return to Earth in the early 2030s.

"Returning samples of Mars to Earth has been a goal of planetary scientists since the early days of the space age, and the successful completion of this MSR key decision point is an important next step in transforming this goal into reality," said Thomas Zurbuchen, associate administrator for science at NASA Headquarters in Washington. "MSR is a complex campaign, and it encapsulates the very essence of pioneering space exploration - pushing the boundaries of what's capable and, in so doing, furthering our understanding of our place in the universe."

Bringing Mars samples back to Earth will allow scientists across the world to examine the specimens using sophisticated instruments too large and too complex to send to Mars, and will allow future generations to study them using technology not yet available. Curating the samples on Earth will allow the science community to test new theories and models as they are developed, much as the Apollo samples returned from the Moon have done for decades.

The MSR campaign also advances NASA's efforts to send humans to the Red Planet. It will involve landing heavier spacecraft on the Martian surface than ever before. It would also involve launch from and rendezvous operations around another planet for the first time. With the Artemis program, NASA will land the first woman and next man on the lunar surface in 2024 to prepare for humanity's next giant leap - sending astronauts to Mars.

"MSR will foster significant engineering advances for humanity and advance technologies needed to successfully realize the first round-trip mission to another planet," said Jeff Gramling, Mars Sample Return program director at NASA Headquarters. "The scientific advances offered by pristine Martian samples through MSR are unprecedented, and this mission will contribute to NASA's eventual goal of sending humans to Mars."

NASA established a Mars Sample Return Independent Review Board earlier this year to evaluate its early concepts for partnership with ESA to return the first samples from another planet. The board's report with NASA's responses released in October found the agency is now ready to undertake its Mars sample return campaign. NASA convened a second group of independent experts, the MSR Standing Review Board (SRB), to provide ongoing assessment of the MSR program. The SRB also recommended the program move into Phase A.

"Beginning the formulation work of Phase A is a momentous step for our team, albeit one of several to come," said Bobby Braun, Mars Sample Return program manager at NASA's Jet Propulsion Laboratory in Southern California, which leads development for NASA's MSR effort. "These reviews strengthened our plan forward and this milestone signals creation of a tangible approach for MSR built upon the extraordinary capabilities of the NASA centers, our ESA partners, and industry."

ESA is providing the Earth Return Orbiter, Sample Fetch Rover, and the lander's robotic arm to the partnership. NASA is providing the Sample Retrieval Lander, Mars Ascent Vehicle, and the Capture/Containment and Return System payload on the Earth Return Orbiter. Multiple NASA Centers are involved in this effort, contributing in their areas of strength.

For more information about the agency's activities on Mars, visit: