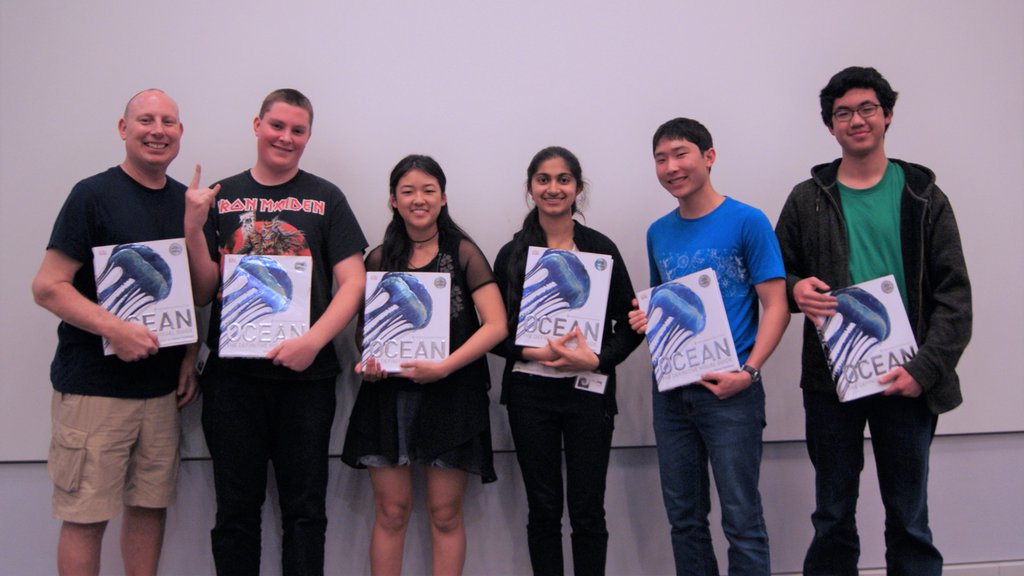 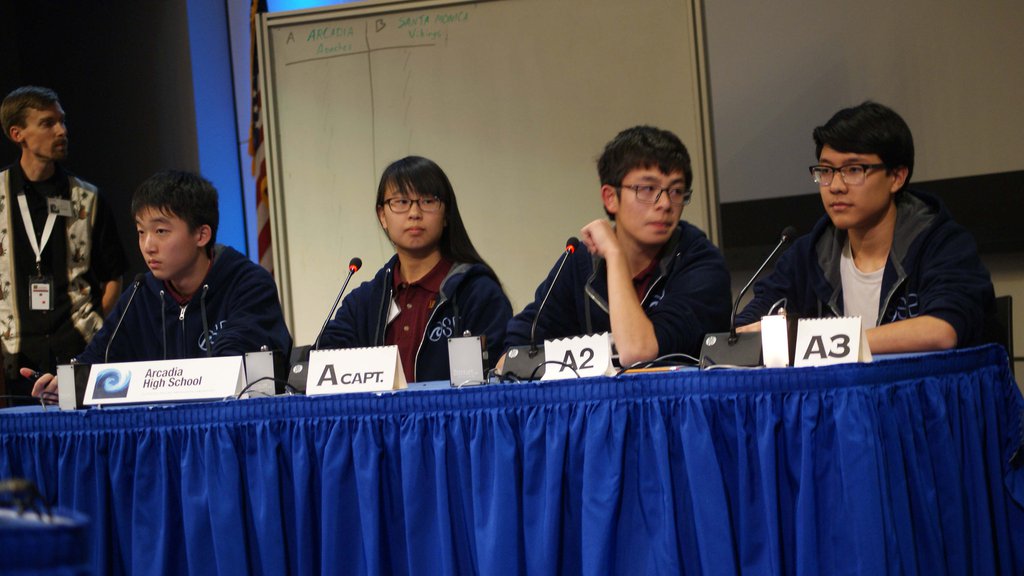 In a nail-biting final round, the school's team took first place and will move on to the national competition.

Santa Monica High School squeaked out a win by just two points on Saturday, Feb. 25, at the regional competition of the National Ocean Sciences Bowl.

The annual event, held at NASA's Jet Propulsion Laboratory in Pasadena, California, is now in its 18th year. Students from a dozen Southern Californian schools tested their knowledge of marine science facts. Those facts ranged from knowing the different parts of a sea star's tube feet, ocean policies like the Truman Proclamation, and the effect of offshore energy production on marine life.

The top winners were Santa Monica High School in first place, Arcadia High in second and Temple City High in third. The Santa Monica team members found themselves evenly matched with Arcadia High's team in a final round, with each team's score creeping forward until the last couple of questions.

The win means Santa Monica High will advance to the national competition in Corvalis, Oregon in April.

The school has a long history at the Ocean Sciences Bowl. Coach Ingo Gaida said the school has competed for the last 15 years. A marine biology college major, Gaida has a deep background in the subject that he draws from when preparing students. Santa Monica High even has a class that's treated as an academic competition, preparing students for events like the Ocean Sciences Bowl and the more general National Science Bowl.

"The kids compete for spots on our A team, as we call it," Gaida said. He added that a number of former students have taken the marine sciences to heart: one is currently pursuing a PhD in the subject at UCLA. Another joined the Massachusetts Institute of Technology graduate program and is now in Antarctica, conducting research with sea gliders, a kind of marine drone.

Among this year's team members was Nanki Chugh. Before competing, she was a fan of jellyfish, but didn't realize how much there was to know about ocean life. She was surprised by the obscure facts the team was tested on during the competition, like the fact that manta rays have the largest brain size among fish.

Amy Amatya, another team member, said participating in the competition this year and last has inspired her to take marine science more seriously.

"Before, my interest was just a hobby," Amatya said. "The nationals trip last year definitely made me interested in a career."