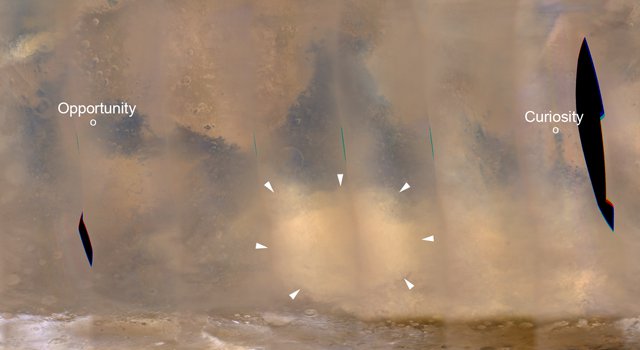 A regional dust storm visible in the southern hemisphere of Mars in this nearly global mosaic of observations made by the Mars Color Imager on NASA's Mars Reconnaissance Orbiter on Nov. 25, 2012, has contracted from its size a week earlier ().http://www.jpl.nasa.gov/spaceimages/details.php?id=PIA16450
Credit: NASA/JPL-Caltech/MSSS 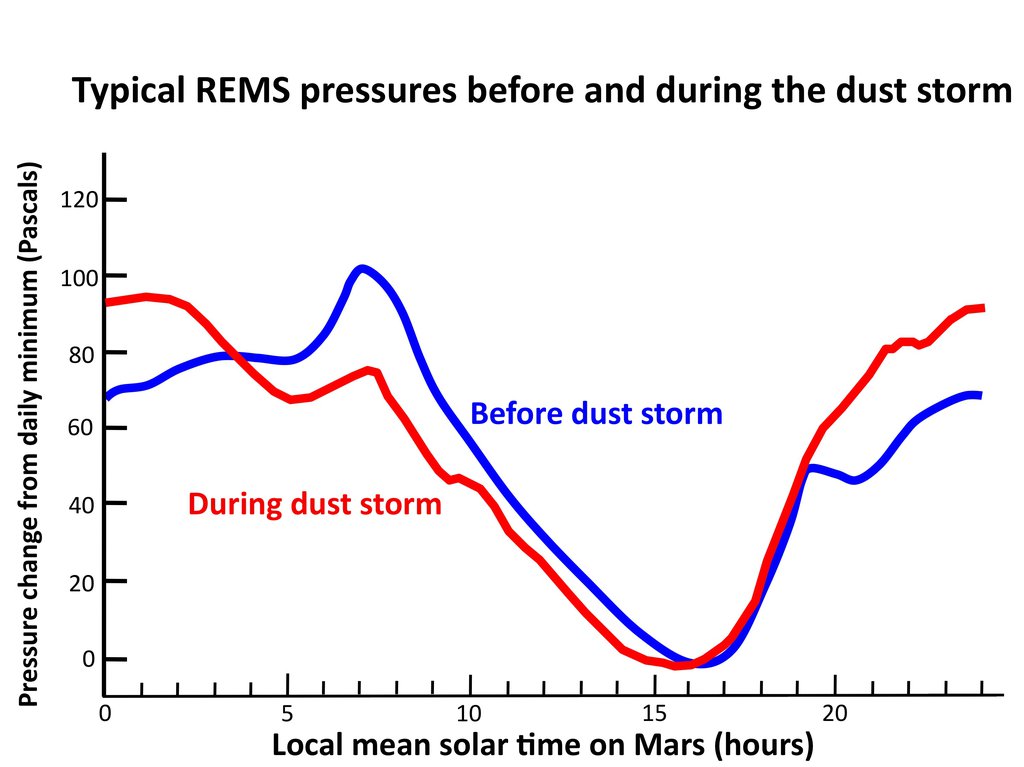 This graph compares a typical daily pattern of changing atmospheric pressure (blue) with the pattern during a regional dust storm hundreds of miles away (red). The data are by the Rover Environmental Monitoring Station (REMS) on NASA's Curiosity rover. Pressure is a measure of the amount of air in the whole column of atmosphere sitting above the rover.› Full image and caption

A regional dust storm on Mars, tracked from orbit since Nov. 10, appears to be abating rather than going global.

PASADENA, Calif. -- A regional dust storm on Mars, tracked from orbit since Nov. 10, appears to be abating rather than going global.

Effects of the storm on global air-pressure patterns have been detected at ground level by the Rover Environmental Monitoring Station (REMS) on NASA's Mars rover Curiosity.

"We are getting lots of good data about this storm," said Mark Richardson of Ashima Research, Pasadena, Calif. He is a co-investigator both on REMS and on the Mars Reconnaissance Orbiter's Mars Climate Sounder instrument, which has been detecting widespread effects of the current storm on atmospheric temperatures.

Researchers anticipate that the unprecedented combination of a near-equatorial weather station at ground level, and daily orbital observations during Mars' dust-storm season, may provide information about why some dust storms grow larger than others.