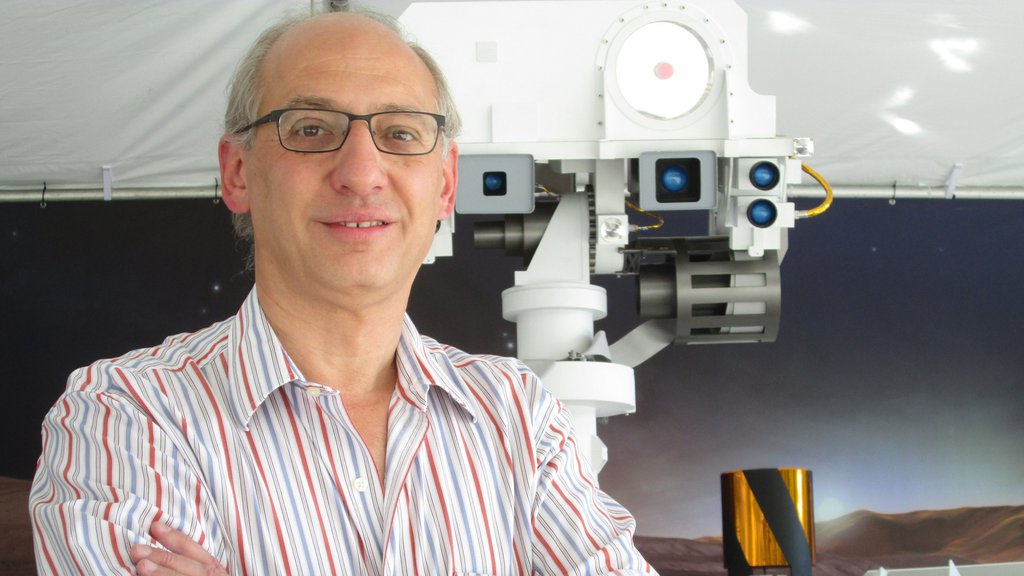 Being elected to the Academy is among the highest professional distinctions given to an engineer.

The National Academy of Engineering has elected JPL Engineering Fellow Miguel San Martin to be a member of the organization. Election to the Academy is considered one of the highest professional distinctions accorded to an engineer.

San Martin was selected "For technical contributions and leadership in guidance, navigation, and control leading to successful Mars entry, descent, and landing" of Mars Science Laboratory in 2012.

Individuals in the newly elected class of 86 members and 18 foreign members will be formally inducted at the Academy's annual meeting in Washington on Oct. 6.

San Martin's path to JPL began in his native Argentina, where he was inspired by the Apollo and Viking missions. He left to pursue university studies and follow his dream of contributing to space exploration by working for NASA. He earned his bachelor's degree in electrical engineering from Syracuse University, and his master's degree in aeronautics and astronautics engineering from MIT.

After graduation, he joined JPL, where he was part of the Magellan mission to Venus and the Cassini mission to Saturn. He has been an important part of several Mars missions - first as chief engineer for the guidance and control system for the 1997 Pathfinder mission, which landed Sojourner, the first robotic vehicle to land on Mars. He then assumed the same role for the Mars Exploration Rover mission that landed Spirit and Opportunity in 2004.

San Martin was the chief engineer of guidance and control for the Mars Science Laboratory, which successfully landed Curiosity on the surface of the Red Planet on August 5, 2012. He was a co-architect of Curiosity's innovative SkyCrane landing architecture and also served as the deputy chief for entry, descent and landing. For his contributions, he was named JPL Fellow in 2013 and received the NASA Exceptional Engineering Achievement Medal.

San Martin is currently the Chief Engineer of the Guidance and Control section at JPL, participates in several advanced studies, and is a member of several JPL and NASA review and advisory boards.