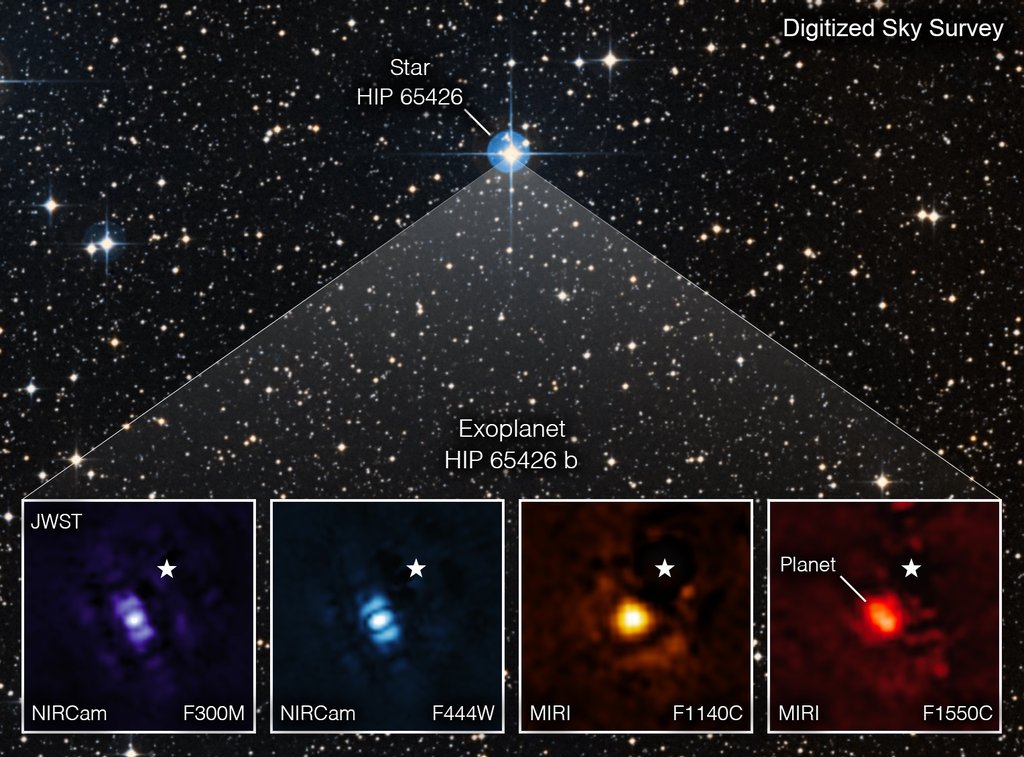 This image shows the exoplanet HIP 65426 b in different bands of infrared light, as seen from the James Webb Space Telescope. The images at bottom look different because of the ways the different Webb instruments capture light. A coronagraph blocks the host star’s light so the planet can be seen.

One of the telescope’s instruments used to observe the planet is managed by the agency’s Jet Propulsion Laboratory.

For the first time, astronomers have used NASA’s James Webb Space Telescope (JWST) to take a direct image of a planet outside our solar system. The exoplanet is a gas giant, meaning it has no rocky surface and is not habitable. The finding is detailed in NASA’s latest JWST blog entry.

Two of Webb’s instruments observed the planet: the Near-Infrared Camera (NIRCam), and the Mid-Infrared Instrument (MIRI). NASA’s Jet Propulsion Laboratory in Southern California managed MIRI during its design, construction, and commissioning. Both instruments are equipped with coronagraphs, which are sets of tiny masks that block out starlight, enabling Webb to take direct images of certain exoplanets like this one, called HIP 65426 b. NASA’s Nancy Grace Roman Space Telescope, slated to launch later this decade, will use the even more advanced Coronagraph Instrument, which is also managed by JPL.