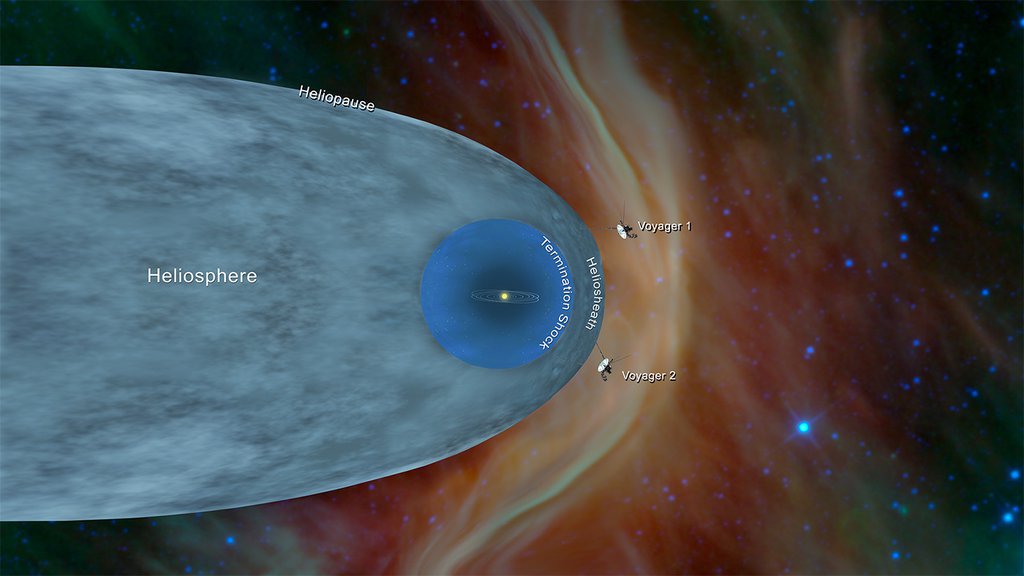 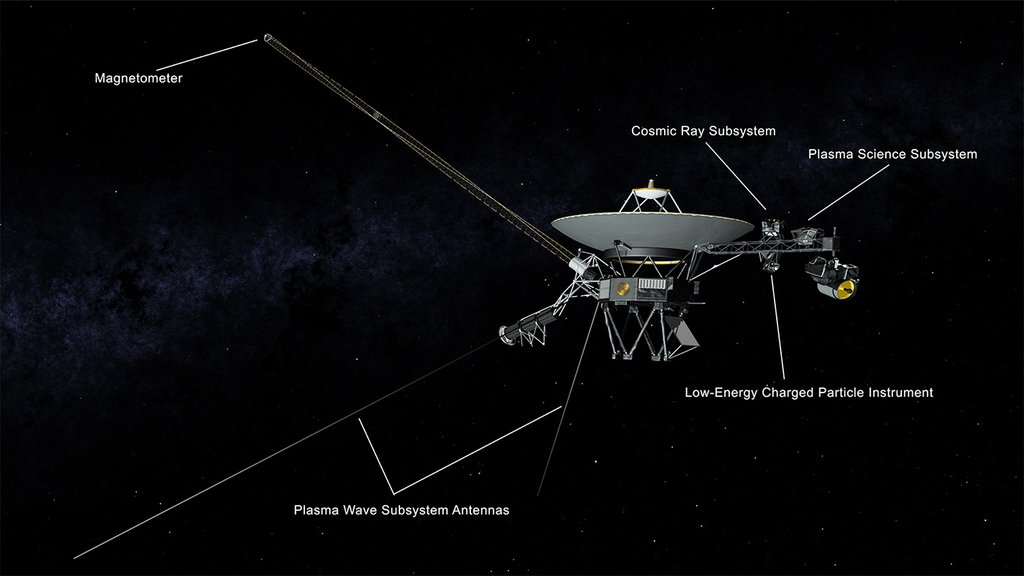 This illustration of NASA's Voyager 2 spacecraft shows the location of the onboard science instruments that are still operating: the magnetometer, the cosmic ray subsystem, the plasma science experiment, the low-energy charged particle instrument and the antennas used by the plasma wave subsystem.› Full image and caption
Credit: NASA/JPL-Caltech 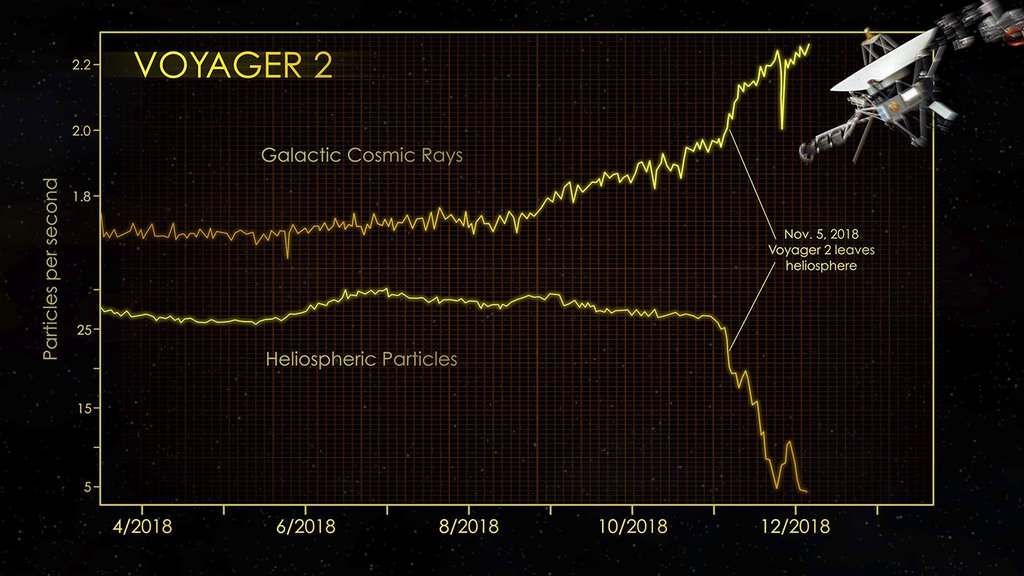 At the end of 2018, the cosmic ray subsystem aboard NASA's Voyager 2 spacecraft provided evidence that Voyager 2 had left the heliosphere. There were steep drops in the rate of heliospheric particles that hit the instrument's radiation detector, and significant increases in the rate of cosmic rays.› Full image and caption
Credit: NASA/JPL-Caltech/GSFC 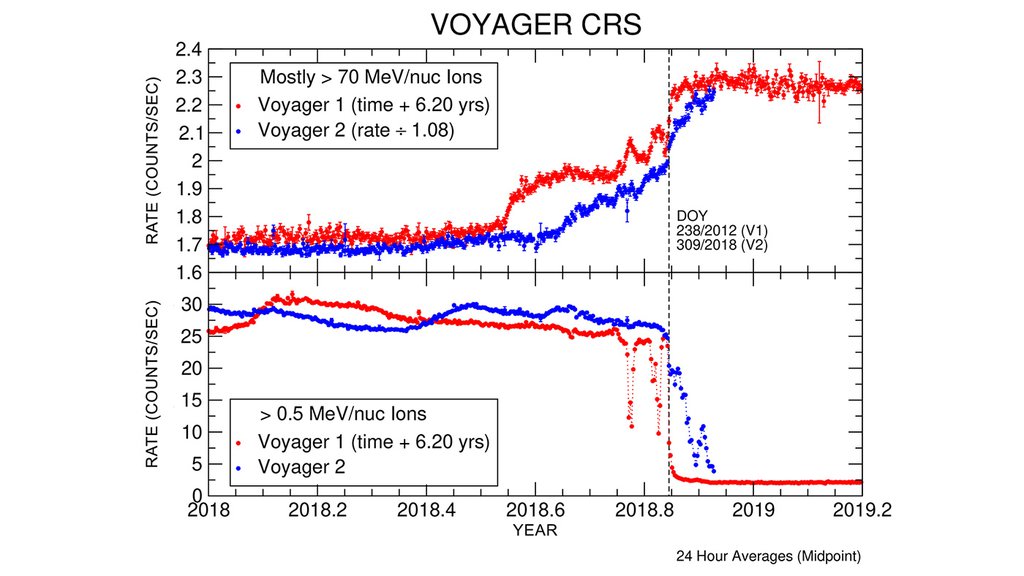 These graphs compare data from identical instruments onboard NASA's Voyager 1 and Voyager 2 spacecraft as they each exited the heliosphere. Voyager 1 exited in 2012, and Voyager 2 exited in 2018. The cosmic ray subsystem measures the rate of energetic particles hitting the radiation detector on the instrument.› Full image and caption
Credit: NASA/JPL-Caltech 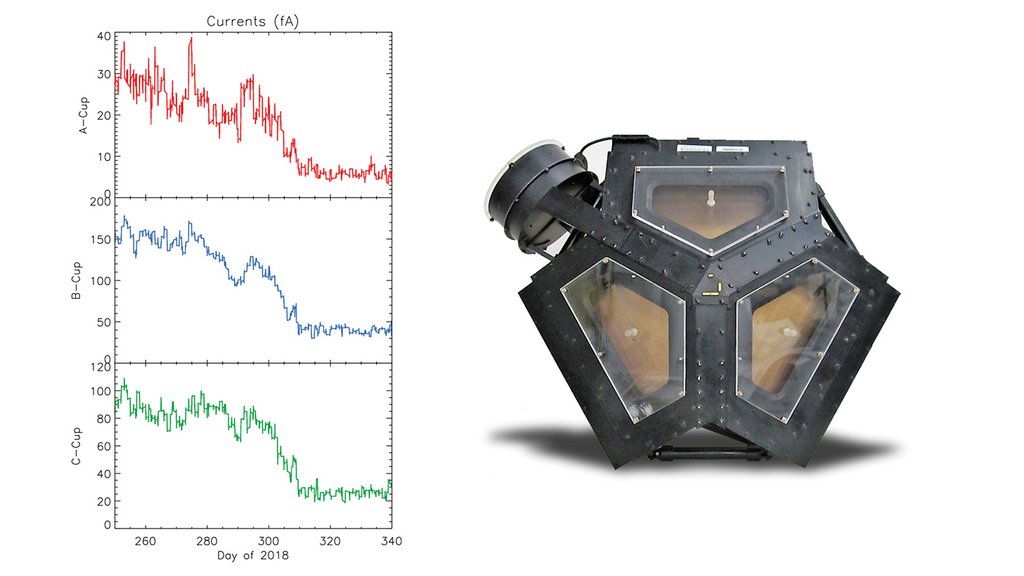 The set of graphs on the left illustrates the drop in electrical current detected in three directions by Voyager 2's plasma science experiment (PLS) to background levels. They are among the key pieces of data that show that Voyager 2 entered interstellar space in November 2018.› Full image and caption
Credit: NASA/JPL-Caltech/MIT 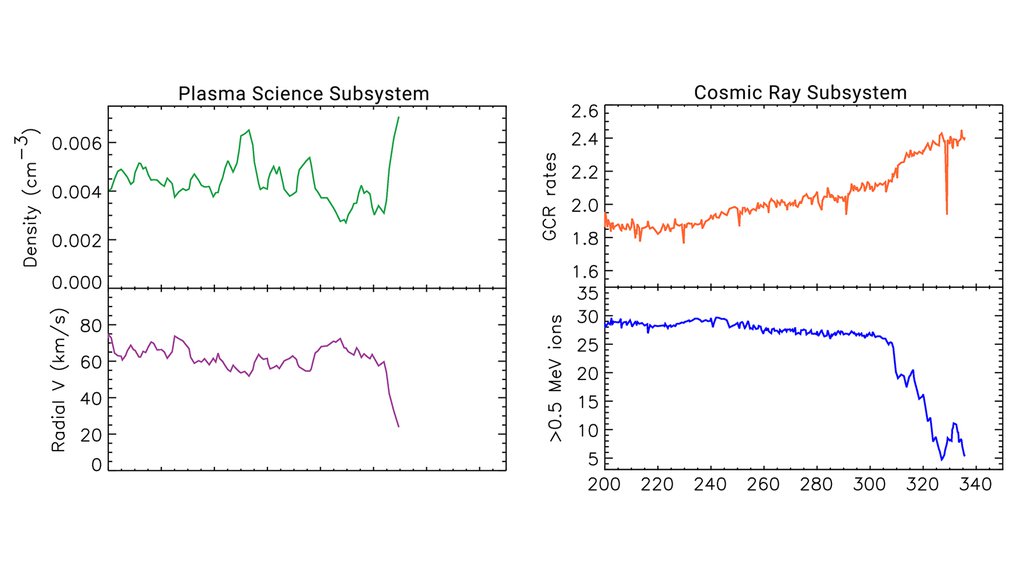 This set of graphs illustrates how data from two key instruments - the plasma science experiment and cosmic ray subsystem - point to NASA's Voyager 2 spacecraft entering interstellar space, or the space between the stars, in November 2018.› Full image and caption
Credit: NASA/JPL-Caltech/MIT

For the second time in history, a human-made object has reached the space between the stars. 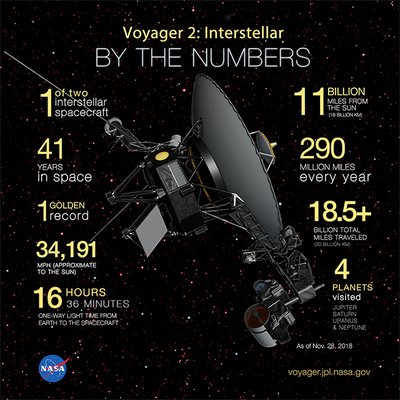 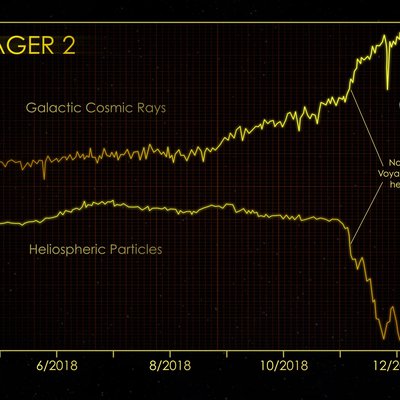