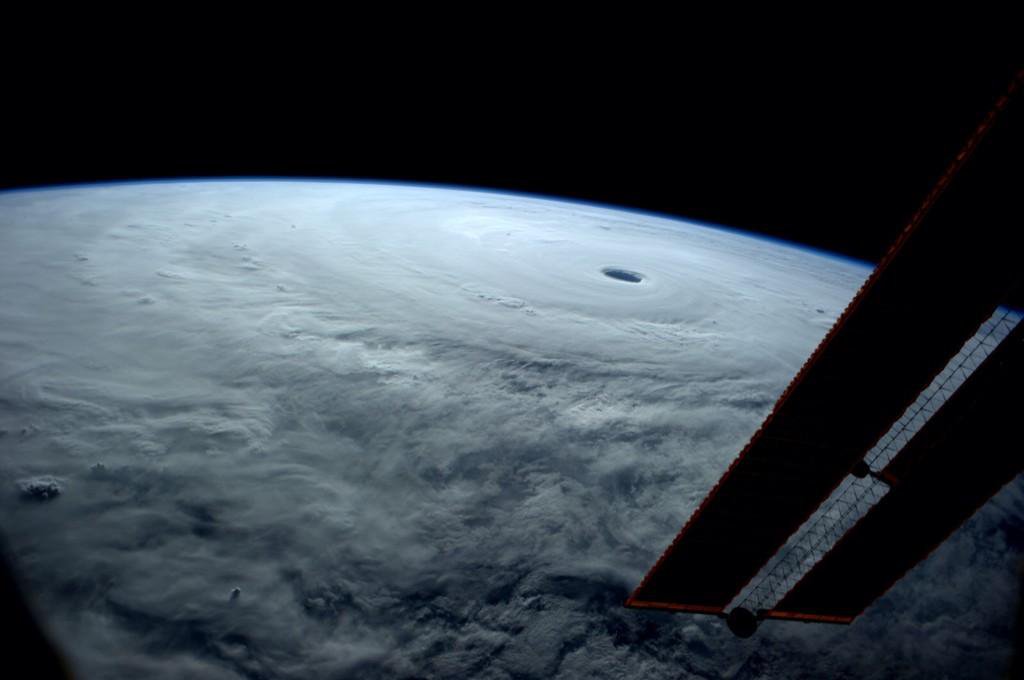 NASA astronaut Reid Wiseman captured this view of Typhoon Vongfong from space while he orbited the Earth aboard the International Space Station.
Credit: Reid Wiseman/NASA 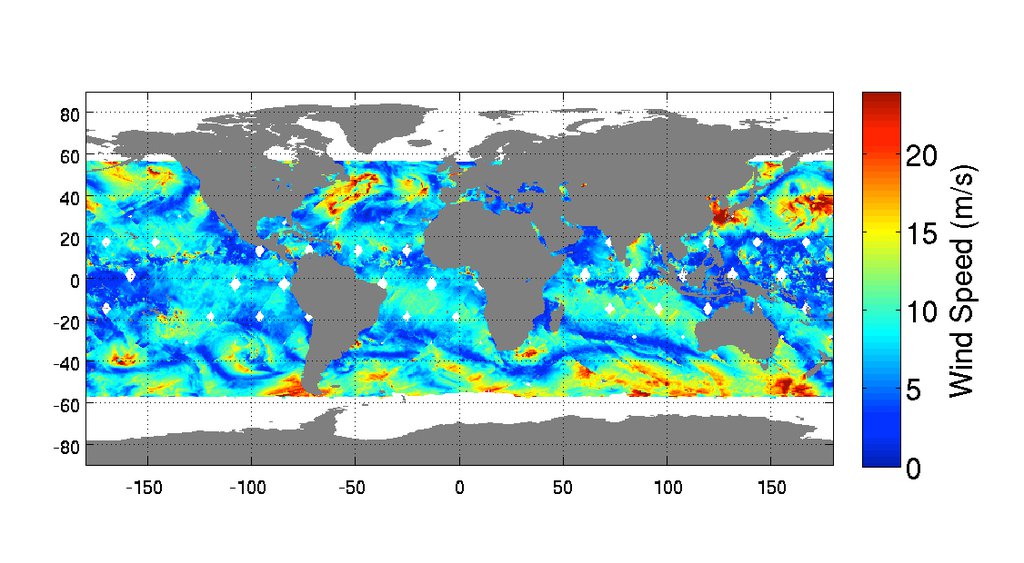 NASA's RapidScat gives forecasters a new eye on winds far out to sea and will help researchers understand why a breeze over the ocean sometimes builds into a hurricane.

On Sept. 20, NASA launched a sequel to a classic Earth science mission that was a hit with researchers and forecasters of hurricanes and other tropical cyclones. Unlike many Hollywood remakes, this one promises to be a star in its own right.

Designed and built at NASA's Jet Propulsion Laboratory, Pasadena, California, and lodged on the exterior of the International Space Station, the ISS-RapidScat scatterometer measures surface wind speed and direction over the ocean like its NASA predecessor, QuikScat. For hurricane researchers, the mission will help answer remaining questions about the earliest stages of hurricane and tropical cyclone development. For weather forecasters, ISS-RapidScat's data will add an extra eye and more complete coverage of wind patterns far out to sea that could morph into dangerous storms.

QuikScat data were widely used by forecasters from 2001 until the instrument stopped scanning in 2009. Like QuikScat observations, RapidScat's data will be particularly valuable for storms far from the North Atlantic, which is well monitored by NOAA and the U.S. Air Force's Hurricane Hunters. "The aircraft are really useful, but they can only cover so much space," said Mark Bourassa, a hurricane researcher at Florida State University, Tallahassee. "A satellite covers more."

Part of the difficulty in predicting a hurricane or typhoon's landfall lies in knowing the forces steering the storm. Bourassa explained, "RapidScat will show the environmental winds around the hurricane, which are useful in forecasting its path." Although ocean-wind speed is measured by other types of instruments as well, only scatterometers show wind direction at all wind speeds.

"The other advantage of scatterometers is that they can see through heavy clouds and light rain," Bourassa said. "Other instruments can't do that." Considering that tropical storms consist of clouds and rain, this capability is extremely important.

Even though the RapidScat instrument is virtually the same as QuikScat, Bourassa added, researchers will wring higher-resolution views from it because "We process the data smarter now, and the space station is closer to the Earth's surface."

Ernesto Rodriguez of JPL, RapidScat's project scientist, noted that the RapidScat project has been in communication with weather forecasting agencies in the United States, Europe and India. "They have all been deeply appreciative of the increase in the frequency of observations that will be provided by RapidScat in concert with ASCAT, which will restore the capability to view almost all the Earth in a single day," Rodriguez said. The European Space Agency's two ASCAT scatterometers on its MetOp spacecraft are currently the only fully operational scatterometers in orbit. When RapidScat joins them, the three instruments will cover 90 percent of Earth's surface each day.

Bourassa plans to use RapidScat observations to identify and study tropical disturbances that may be precursors to tropical cyclones. "We use the wind data to forecast when precursors for hurricanes will form," Bourassa explained. "We can look at the rotation of the winds coupled with the cloud cover to identify precursors. On the Eastern Pacific side, we find that approach is quite effective."

"We are looking forward to working closely with the RapidScat science and calibration-validation teams, as well as the users of operational data," said Rodriguez. "We want to ensure that RapidScat has the maximum impact for both science and societal applications."

To learn more about ISS-RapidScat, see: