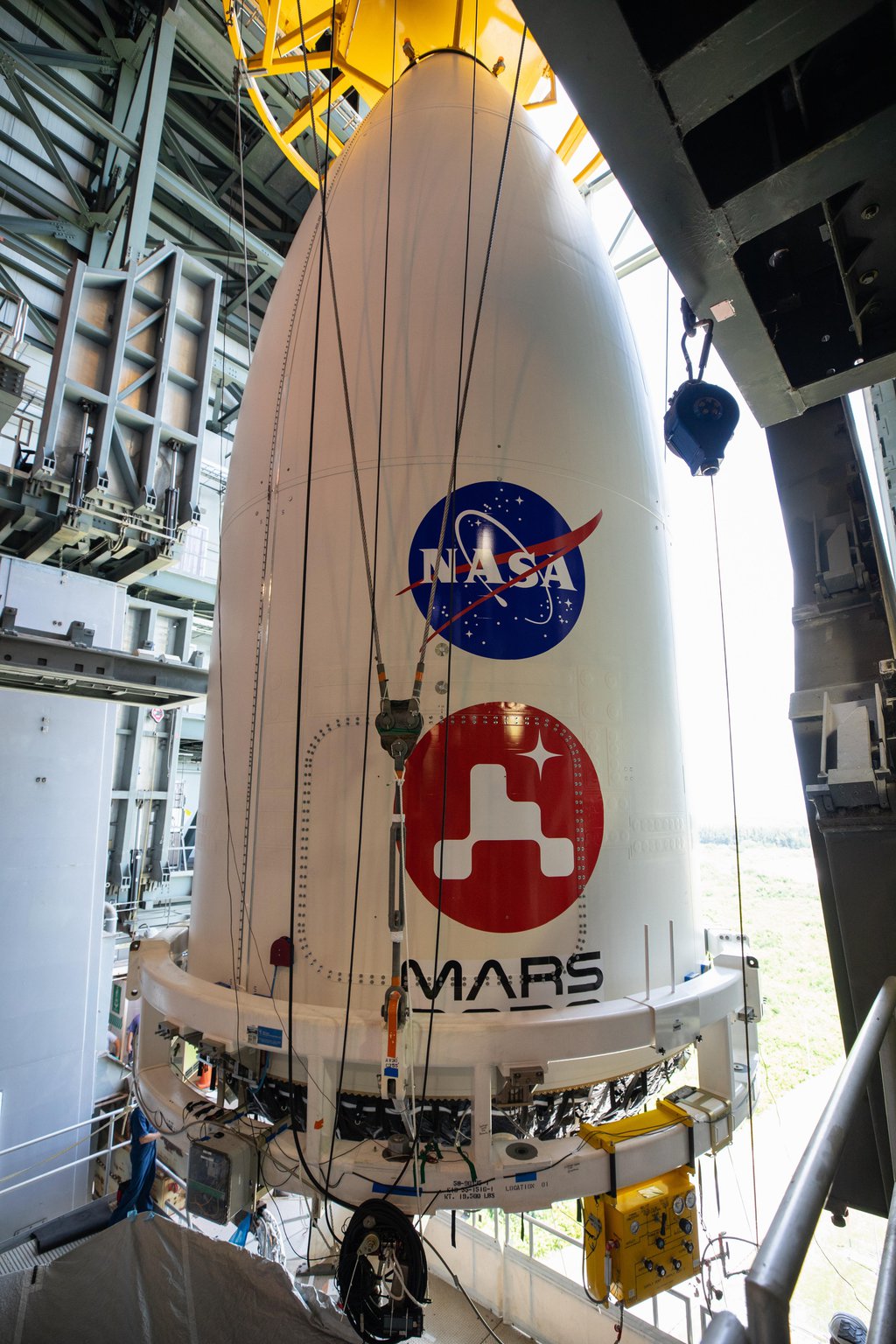 The agency's Mars 2020 mission has one more big prelaunch review - the Launch Readiness Review, on July 27.

NASA's Mars 2020 Perseverance rover mission cleared its Flight Readiness Review Wednesday, an important milestone on its way to the launch pad. The meeting was an opportunity for the Mars 2020 team and launch vehicle provider United Launch Alliance to report on the readiness of the spacecraft, along with the Atlas V rocket, flight and ground hardware, software, personnel, and procedures. The daily launch window on Thursday July 30 opens at 7:50 a.m. EDT

"Our deepest thanks go to the many teams who have worked so hard to get Perseverance ready to fly during these challenging times," said NASA Administrator Jim Bridenstine. "This mission is emblematic of our nation's spirit of meeting problems head-on and finding solutions together. The incredible science Perseverance will enable and the bold human missions it will help make possible are going to be inspirations for us all."

"We're pleased to be passing another milestone with the completion of the Flight Readiness Review," said Matt Wallace, deputy project manager for the mission at NASA's Jet Propulsion Laboratory (JPL) in Southern California. "But we'll keep our heads down through the final prelaunch activities and the opening of the launch window next week, until we're certain this spacecraft is safely on its way. Mars is a tough customer, and we don't take anything for granted."

With all the connections between the spacecraft and Atlas V launch vehicle complete, the majority of business remaining for Mars 2020's Assembly, Test, and Launch Operations (ATLO) team involves checking out every one of the multitude of systems and subsystems onboard the rover, aeroshell, cruise stage, and descent stage.

In February 2020, NASA’s Perseverance Rover began its long journey to Mars by first traveling across the United States. The rover was built at NASA’s Jet Propulsion Laboratory in Southern California and then carefully packed and flown to NASA’s Kennedy Space Center in Cape Canaveral, Florida. There, engineers integrated the rover with the spacecraft that carries it to Mars, and the Atlas V rocket chosen to send it on its way.

"NASA can't wait to take the next steps on the surface of Mars with Perseverance," said Lori Glaze, director of the Planetary Science Division at NASA Headquarters in Washington. "The science and technology of this mission are going to help us address major questions about the geologic and astrobiologic history of Mars that we've been working on for decades, and we're excited to take the whole world with us on this journey."

"At this point, the spacecraft has been powered on and will remain so around the clock," said Dave Gruel, ATLO manager for Mars 2020. "The launch operations team will continue to monitor the health of the spacecraft to ensure it's 'Go' for launch - nothing glamorous, but an important part of the job."

The spacecraft and launch teams have one more major review to complete. Scheduled Monday, July 27, the Launch Readiness Review is the last significant checkup before the mission receives final approval to proceed with launch.

"At present, everything is green across the board," said Wallace. "Everyone involved with this endeavor, from the spacecraft team to the launch vehicle team to those working the range, are looking forward to seeing Perseverance begin its long-awaited flight to Mars."

Around 1 p.m. EDT on July 27, or approximately one hour after the Launch Readiness Review ends, the agency will hold a preflight news conference that will air live on NASA Television and the agency's website.

Other prelaunch briefings also will take place July 27, and Tuesday, July 28. A full list of media briefings for the Mars 2020 mission launch is available here:

The Perseverance rover's astrobiology mission will search for signs of ancient microbial life. It will also characterize the planet's climate and geology, pave the way for human exploration of the Red Planet, and be the first planetary mission to collect and cache selected samples of Martian rock and regolith (broken rock and dust). Subsequent missions, currently under consideration by NASA in cooperation with ESA (European Space Agency), would send spacecraft to Mars to collect these cached samples from the surface and return them to Earth for in-depth analysis.

JPL, which is managed by Caltech in Pasadena, is building and will manage operations of Perseverance for NASA. The agency's Launch Services Program, based at the agency's Kennedy Space Center in Florida, is responsible for launch management. The Mars 2020 mission with its Perseverance rover are part of America's larger Moon to Mars exploration approach that includes missions to the Moon as a way to prepare for human exploration of the Red Planet. Charged with sending the first woman and next man to the Moon by 2024, NASA will establish a sustained human presence on and around the Moon by 2028 through NASA's Artemis program.

For more information about the Mars 2020 Perseverance mission, go to: