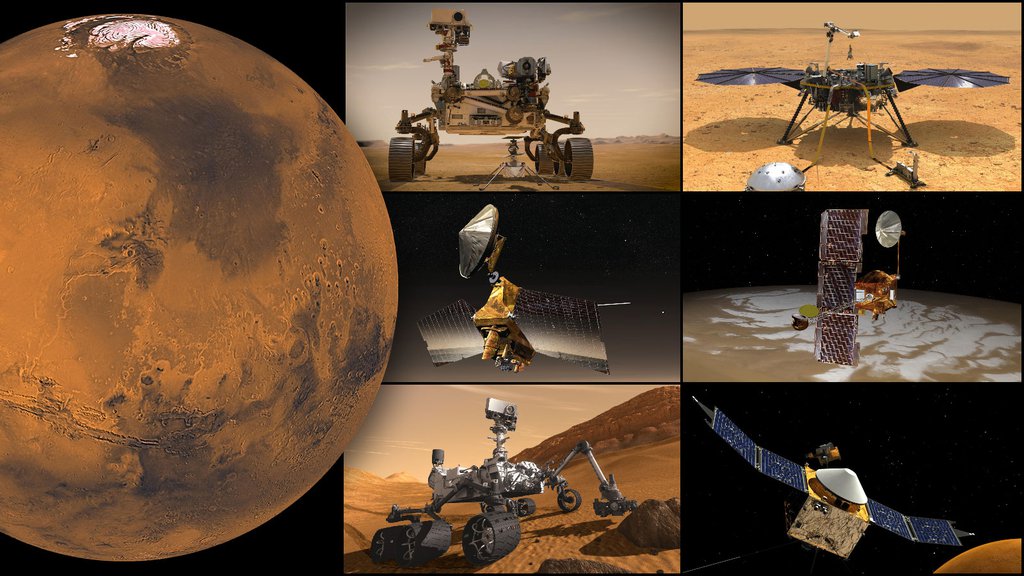 The missions will continue collecting data about the Red Planet, though engineers back on Earth will stop sending commands to them until mid-October.

NASA will stand down from commanding its Mars missions for the next few weeks while Earth and the Red Planet are on opposite sides of the Sun. This period, called Mars solar conjunction, happens every two years.

The Sun expels hot, ionized gas from its corona, which extends far into space. During solar conjunction, when Earth and Mars can’t “see” each other, this gas can interfere with radio signals if engineers try to communicate with spacecraft at Mars. That could corrupt commands and result in unexpected behavior from our deep space explorers.

To be safe, NASA engineers send Mars spacecraft a list of simple commands to carry out for a few weeks. This year, most missions will stop sending commands between Oct. 2 and Oct. 16. A few extend that commanding moratorium, as it’s called, a day or two in either direction, depending on the angular distance between Mars and the Sun in Earth’s sky.

“Though our Mars missions won’t be as active these next few weeks, they’ll still let us know their state of health,” said Roy Gladden, manager of the Mars Relay Network at NASA’s Jet Propulsion Laboratory in Southern California. “Each mission has been given some homework to do until they hear from us again.”

Here’s how some of those Mars missions will be spending that time:

While a limited amount of science data will reach Earth during conjunction, the spacecraft will save most of it until after the moratorium. (That means there will be a temporary pause in the stream of raw images available from Perseverance, Curiosity, and InSight.)

Then, they’ll beam their remaining data to NASA’s Deep Space Network, a system of massive Earth-based radio antennas managed by JPL. Engineers will spend about a week downloading the information before normal spacecraft operations resume. If the teams monitoring these missions determine any of the collected science data has been corrupted, they can usually have that data retransmitted.