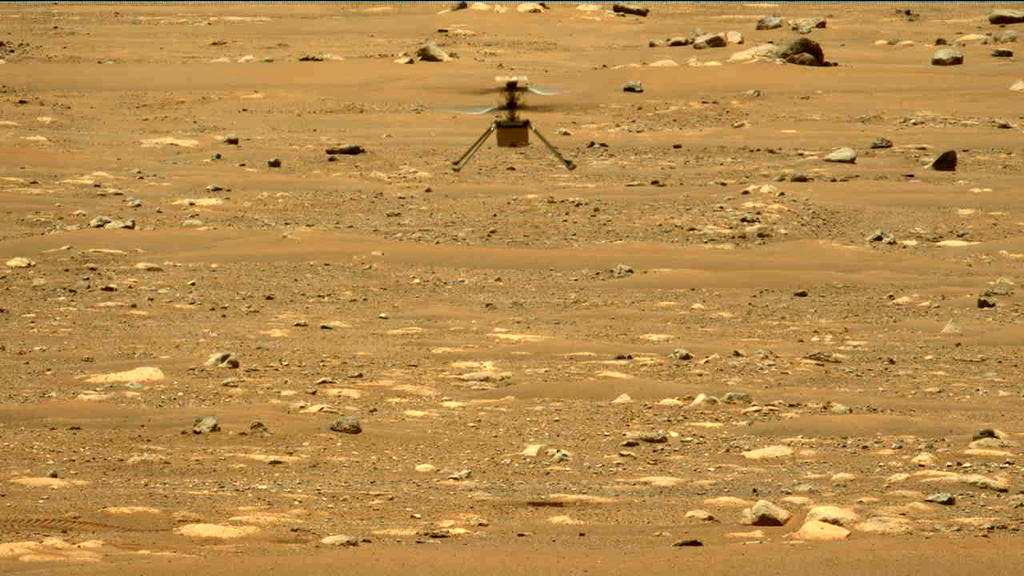 NASA’s Mars Perseverance rover acquired this image using its left Mastcam-Z camera. Mastcam-Z is a pair of cameras located high on the rover’s mast. This is one still frame from a sequence captured by the camera while taking video. This image was acquired on April 22, 2021. 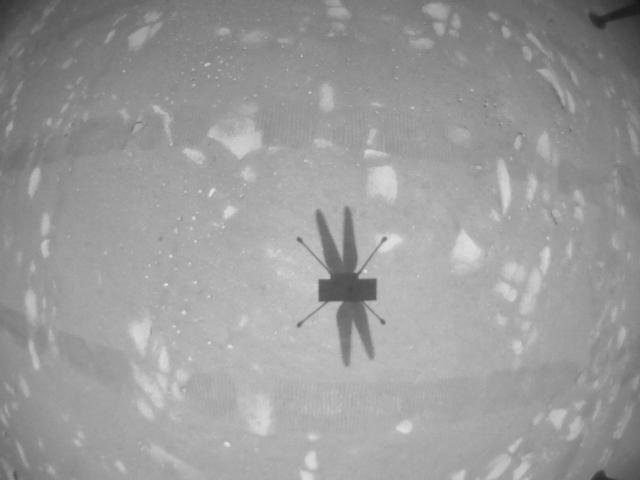 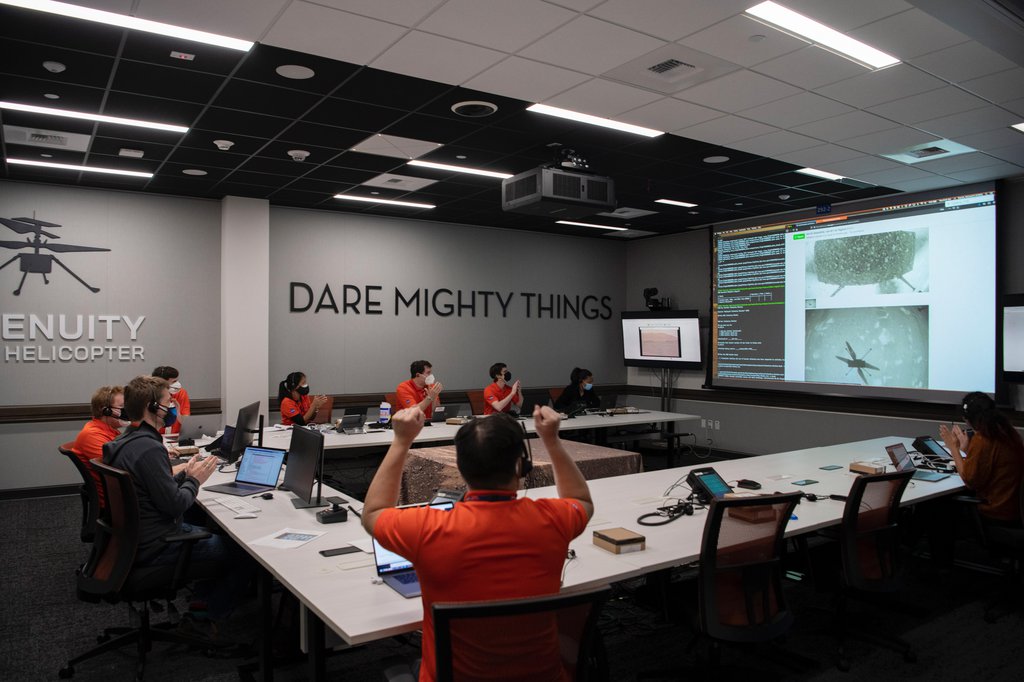 The small rotorcraft’s horizons were expanded on its second flight.

Keep up with the latest helicopter news in the mission blog.

“So far, the engineering telemetry we have received and analyzed tell us that the flight met expectations and our prior computer modeling has been accurate,” said Bob Balaram, chief engineer for the Ingenuity Mars Helicopter at NASA’s Jet Propulsion Laboratory in Southern California. “We have two flights of Mars under our belts, which means that there is still a lot to learn during this month of Ingenuity.”

For this second flight test at “Wright Brothers Field,” Ingenuity took off again at 5:33 a.m. EDT (2:33 a.m. PDT), or 12:33 p.m. local Mars time. But where Flight One topped out at 10 feet (3 meters) above the surface, Ingenuity climbed to 16 feet (5 meters) this time. After the helicopter hovered briefly, its flight control system performed a slight (5-degree) tilt, allowing some of the thrust from the counter-rotating rotors to accelerate the craft sideways for 7 feet (2 meters).

“The helicopter came to a stop, hovered in place, and made turns to point its camera in different directions,” said Håvard Grip, Ingenuity’s chief pilot at JPL. “Then it headed back to the center of the airfield to land. It sounds simple, but there are many unknowns regarding how to fly a helicopter on Mars. That’s why we’re here – to make these unknowns known.”

NASA’s Ingenuity Mars Helicopter hovers over Jezero Crater during its second experimental flight test on April 22, 2021. The imagery was captured by the Perseverance rover’s Mastcam-Z imager.

Operating an aircraft in a controlled manner at Mars is far more difficult than flying one on Earth. Even though gravity on Mars is about one third that of Earth’s, the helicopter must fly with the assistance of an atmosphere with only about 1% of the density at Earth’s surface. Each second of each flight provides an abundance of Mars in-flight data for comparison to the modeling, simulations, and tests performed back here on Earth. And NASA also gains its first practical experience operating a rotorcraft remotely at Mars. These datasets will prove invaluable for potential future Mars missions that could enlist next-generation helicopters to add an aerial dimension to their explorations.

The Ingenuity Mars Helicopter project is a high-risk, high-reward technology demonstration. If Ingenuity were to encounter difficulties during its 30-sol mission, the science-gathering of NASA’s Perseverance Mars rover mission wouldn’t be impacted.

As with the first test, the Perseverance rover obtained imagery of the flight attempt from 211 feet (64.3 meters) away at “Van Zyl Overlook” using its Navcam and Mastcam-Z imagers. The initial set of data – including imagery – from the flight was received by the Ingenuity team beginning at 9:20 a.m. EDT (6:20 a.m. PDT).

“For the second flight, we tried a slightly different approach to the zoom level on one of the cameras,” said Justin Maki, Perseverance project imaging scientist and Mastcam-Z deputy principal investigator at JPL. “For the first flight, one of the cameras was fully zoomed in on the takeoff and landing zone. For the second flight we zoomed that camera out a bit for a wider field of view to capture more of the flight.”

Because the data and imagery indicate that the Mars Helicopter not only survived the second flight but also flew as anticipated, the Ingenuity team is considering how best to expand the profiles of its next flights to acquire additional aeronautical data from the first successful flight tests on another world.