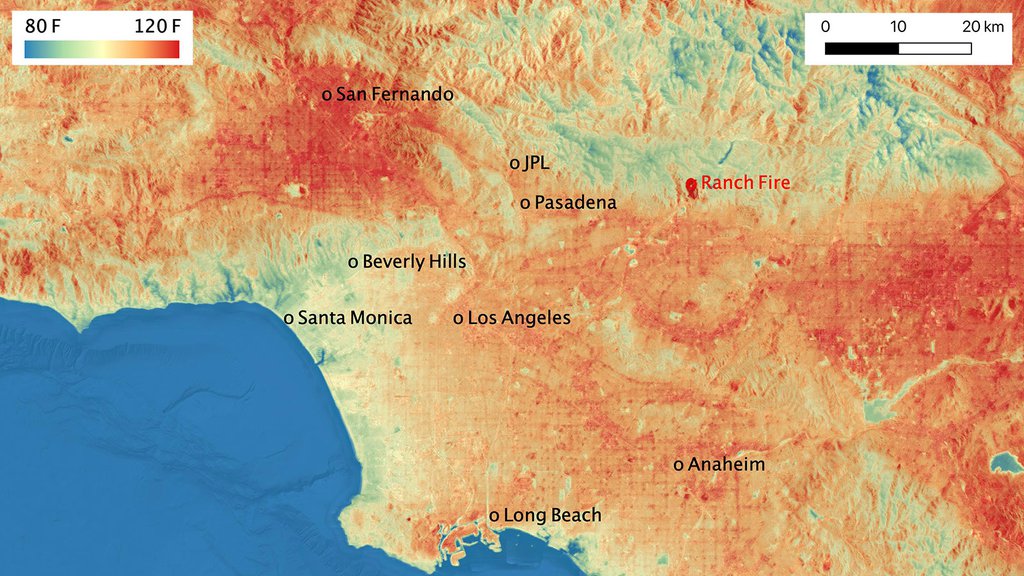 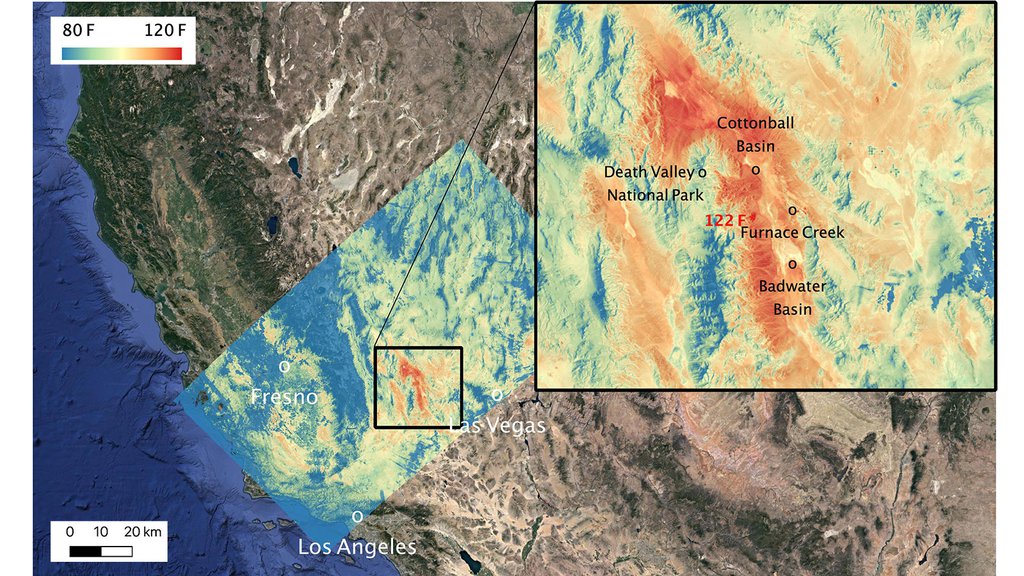 From cities to deserts, the intense heat gripping California is being closely monitored by an Earth-observing mission aboard the International Space Station.

As record temperatures and large wildfires scorch California, NASA's Ecosystem Spaceborne Thermal Radiometer Experiment on Space Station (ECOSTRESS) has been tracking the heat wave from low Earth orbit. While ECOSTRESS's primary mission is to measure the temperature of plants heating up as they run out of water, it can also measure and track heat-related phenomena like heat waves, wildfires, and volcanoes.

ECOSTRESS observations have a spatial resolution of about 77 by 77 yards (70 by 70 meters), which enables researchers to study surface-temperature conditions down to the size of a football field. Due to the space station's unique orbit, the mission can acquire images of the same regions at different times of day, as opposed to crossing over each area at the same time of day like satellites in other orbits do. This is advantageous when monitoring plant stress in the same area throughout the day, for example.