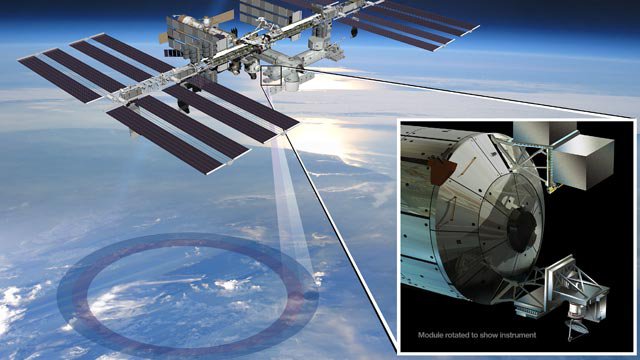 Artist's rendering of NASA's ISS-RapidScat instrument (inset), which will launch to the International Space Station in 2014 to measure ocean surface wind speed and direction and help improve weather forecasts, including hurricane monitoring. It will be installed on the end of the station's Columbus laboratory.
Credit: NASA/JPL-Caltech/JSC 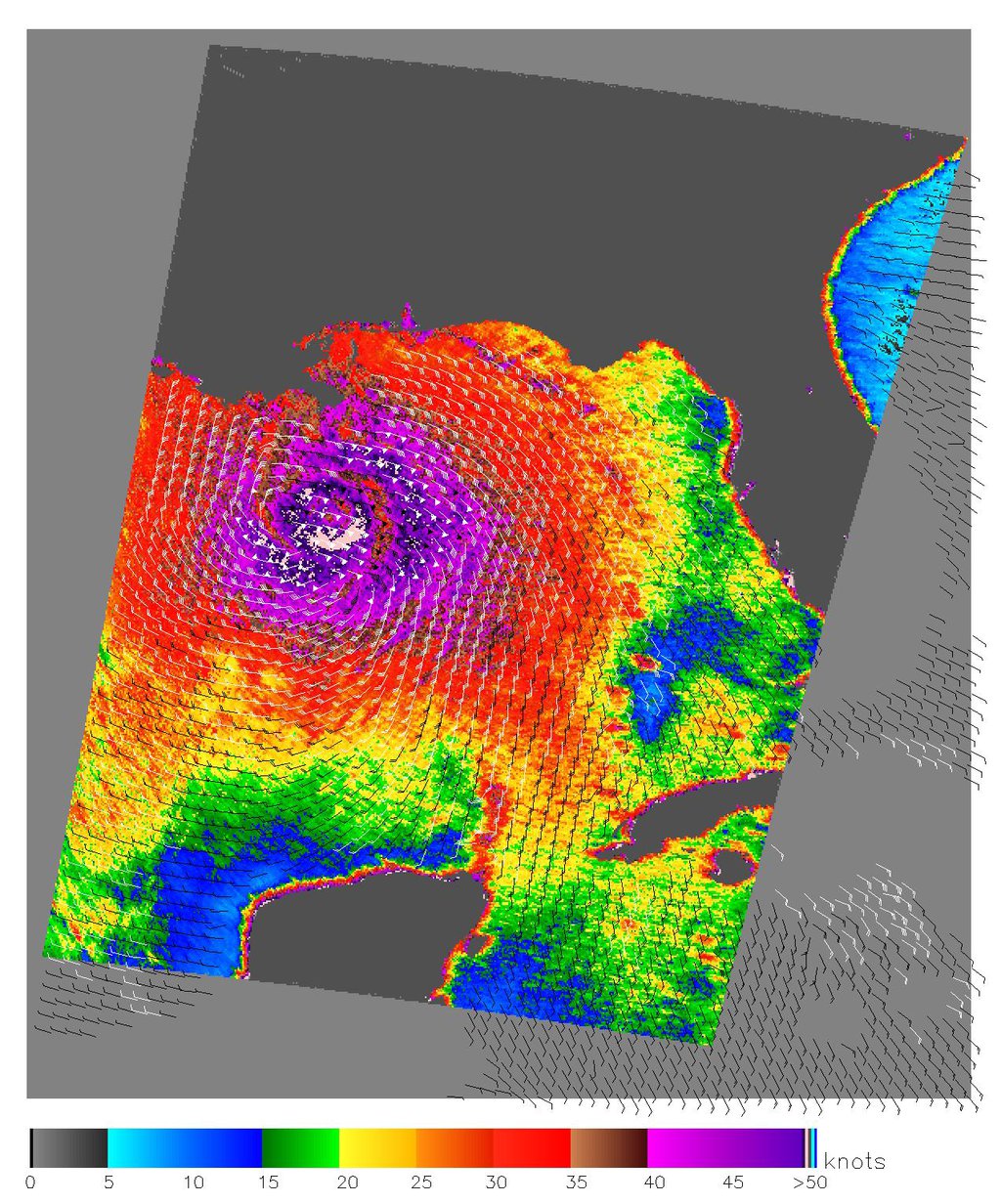 An ocean wind monitoring instrument created from hardware used to tests parts of NASA's QuikScat satellite will launch to the International Space Station in 2014.

PASADENA, Calif. - In a clever reuse of hardware originally built to test parts of NASA's QuikScat satellite, the agency will launch the ISS-RapidScat instrument to the International Space Station in 2014 to measure ocean surface wind speed and direction.

The ISS-RapidScat instrument will help improve weather forecasts, including hurricane monitoring, and understanding of how ocean-atmosphere interactions influence Earth's climate.

"The ability for NASA to quickly reuse this hardware and launch it to the space station is a great example of a low-cost approach that will have high benefits to science and life here on Earth," said Mike Suffredini, NASA's International Space Station program manager.

ISS-RapidScat will help fill the data gap created when QuikScat, which was designed to last two years but operated for 10, stopped collecting ocean wind data in late 2009. A scatterometer is a microwave radar sensor used to measure the reflection or scattering effect produced while scanning the surface of Earth from an aircraft or a satellite.

NASA and the National Oceanic and Atmospheric Administration have studied next-generation replacements for QuikScat, but a successor will not be available soon. To meet this challenge cost-effectively, NASA's Jet Propulsion Laboratory in Pasadena, Calif., and the agency's station program proposed adapting leftover QuikScat hardware in combination with new hardware for use on the space station.

"ISS-RapidScat represents a low-cost approach to acquiring valuable wind vector data for improving global monitoring of hurricanes and other high-intensity storms," said Howard Eisen, ISS-RapidScat project manager at JPL. "By leveraging the capabilities of the International Space Station and recycling leftover hardware, we will acquire good science data at a fraction of the investment needed to launch a new satellite."

ISS-RapidScat will have measurement accuracy similar to QuikScat's and will survey all regions of Earth accessible from the space station's orbit. The instrument will be launched to the space station aboard a SpaceX Dragon cargo spacecraft. It will be installed on the end of the station's Columbus laboratory as an autonomous payload requiring no interaction by station crew members. It is expected to operate aboard the station for two years.

ISS-RapidScat will take advantage of the space station's unique characteristics to advance understanding of Earth's winds. Current scatterometer orbits pass the same point on Earth at approximately the same time every day. Since the space station's orbit intersects the orbits of each of these satellites about once every hour, ISS-RapidScat can serve as a calibration standard and help scientists stitch together the data from multiple sources into a long-term record.

ISS-RapidScat also will collect measurements of Earth's global wind field at all times of day for all locations. Variations in winds caused by the sun can play a significant role in the formation of tropical clouds and tropical systems that play a dominant role in Earth's water and energy cycles. ISS-RapidScat observations will help scientists understand these phenomena better and improve weather and climate models.

The ISS-RapidScat project is a joint partnership of JPL and NASA's International Space Station Program Office at the Johnson Space Center in Houston, with support from the Earth Science Division of the Science Mission Directorate in Washington.