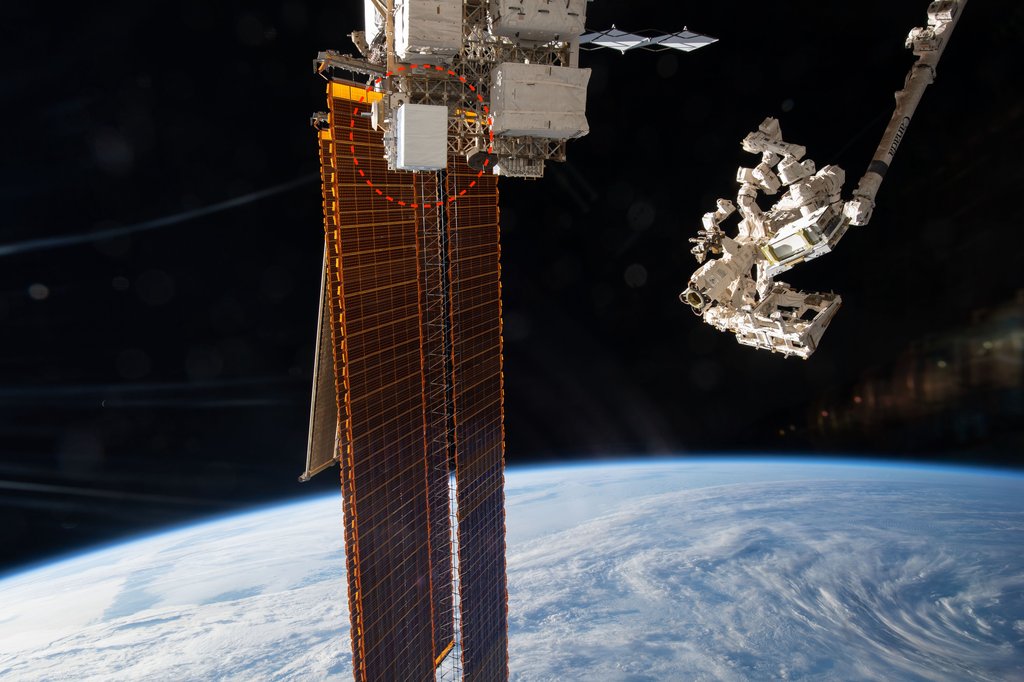 EMIT, shown in the red circle, was launched to the International Space Station on July 14 and installed about 10 days later.

Audio of the teleconference will be streamed live on NASA’s website.

EMIT was installed on the International Space Station in July. Its primary mission is to map the prevalence of key minerals in the planet’s deserts in order to advance understanding of airborne dust’s effects on climate. However, the imaging spectrometer, which was designed and built at NASA’s Jet Propulsion Laboratory in Southern California, has also demonstrated a new crucial ability that the following teleconference participants will discuss:

Media interested in participating should request the dial in-details at least two hours prior to the start of the call by sending their full name, media affiliation, email address, and phone number to Rexana Vizza at rexana.v.vizza@jpl.nasa.gov on Tuesday, Oct. 25.

For more information about EMIT, visit: