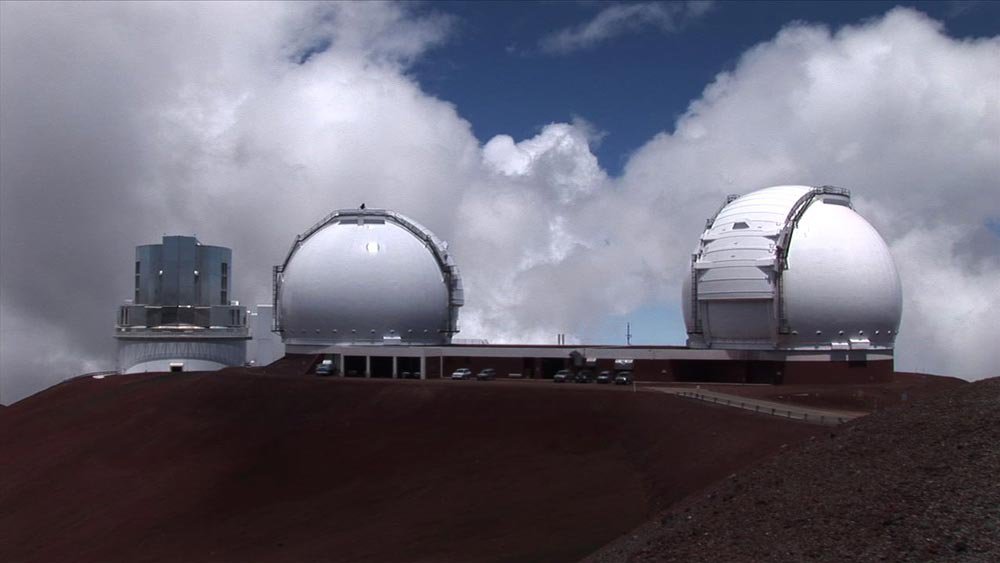 Are we alone in the universe? Are there planets like Earth around other "suns" that might harbor life?

Are we alone in the universe? Are there planets like Earth around other "suns" that might harbor life? Thanks to a recent technology breakthrough on a key NASA planet-finding project, the dream of answering those questions is no longer light-years away.

On a crystal clear, star-filled night at Hawaii's Keck Observatory in Mauna Kea, NASA engineers successfully suppressed the blinding light of three stars, including the well-known Vega, by 100 times. This breakthrough will enable scientists to detect the dim dust disks around stars, where planets might be forming. Normally the disks are obscured by the glare of the starlight.

Engineers accomplished this challenging feat with the Keck Interferometer, which links the observatory's two 10-meter (33-feet) telescopes. By combining light from the telescopes, the Keck Interferometer has a resolving power equivalent to a football-field sized telescope. The "technological touchdown" of blocking starlight was achieved by adding an instrument called a "nuller."

This setup may eventually help scientists select targets for NASA's envisioned Terrestrial Planet Finder missions. The success of those potential future missions, one observing in visible light and one in infrared, depends on being able to find Earth-like planets in the dust rings around stars.

"We have proven that the Keck Interferometer can block light from nearby stars, which will allow us to survey the amount of dust around them," said Dr. James Fanson, project manager for the Keck Interferometer at NASA's Jet Propulsion Laboratory. That survey will begin in late 2006 after the team refines the nuller's sensitivity level.

Combined information from all of NASA's planet-hunting missions will provide a complete picture of possible Earth-like planets: how big they are, whether they are warm enough for life, and if their atmospheres and surfaces show chemical signatures of current life.

"People have been talking about whether there are other earths out there for 2,500 years. Only now are we developing the technology to go find out," said Michael Devirian, manager of NASA's Navigator Program at JPL, which is investigating potential planet-exploring missions.

So far, scientists around the world have found 150 planets orbiting other stars. Most are giants, like Jupiter; none is as small as Earth. Scientists believe the best odds of finding life outside our solar system are on Earth-sized planets, particularly those with the right temperature, density and chemistry.

More information on NASA's planet-finding missions, including the Keck Interferometer and Terrestrial Planet Finder is at http://planetquest.jpl.nasa.gov.