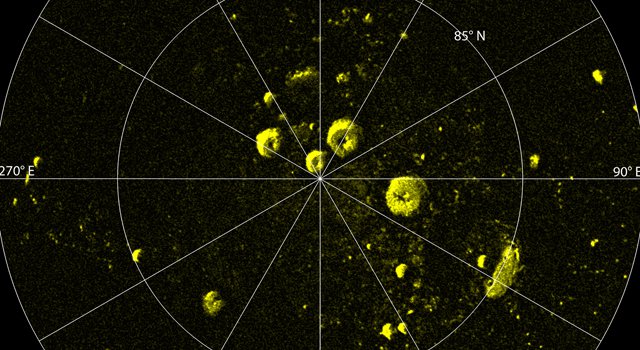 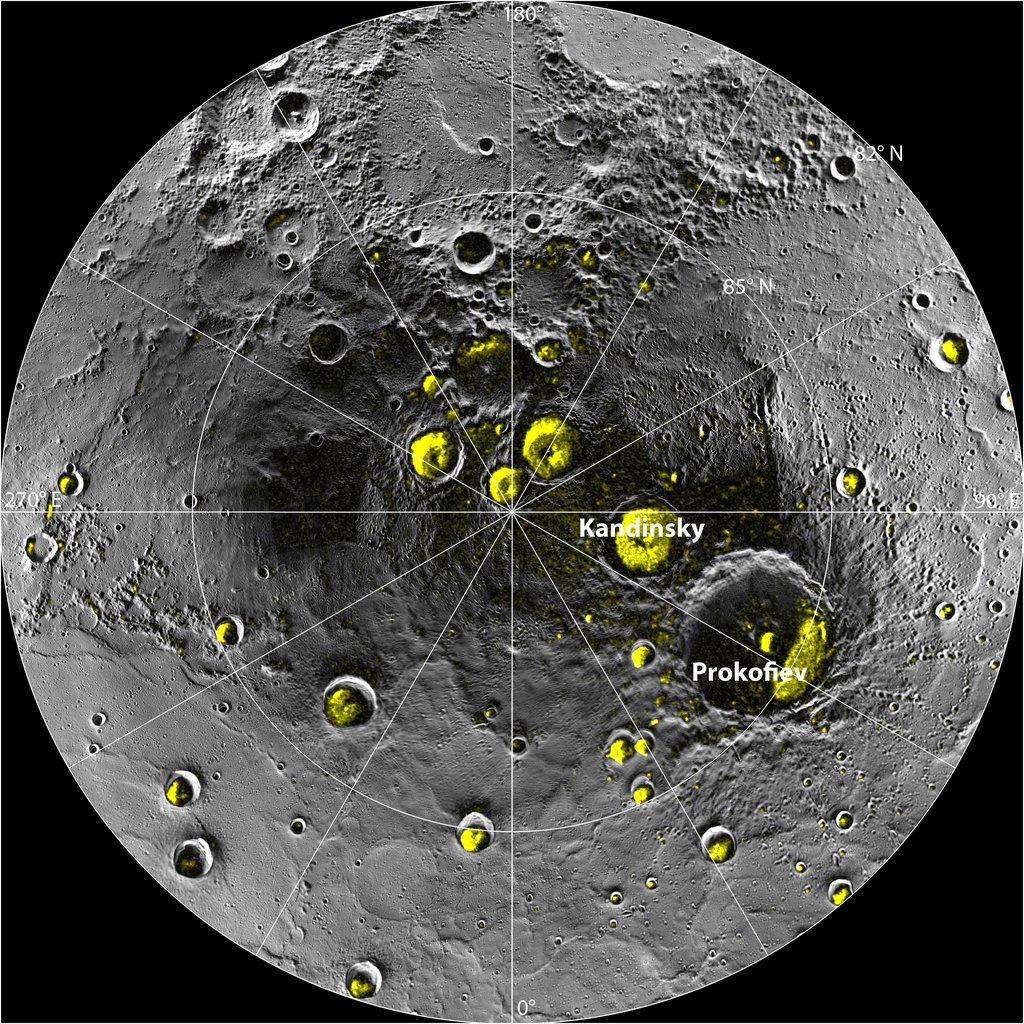 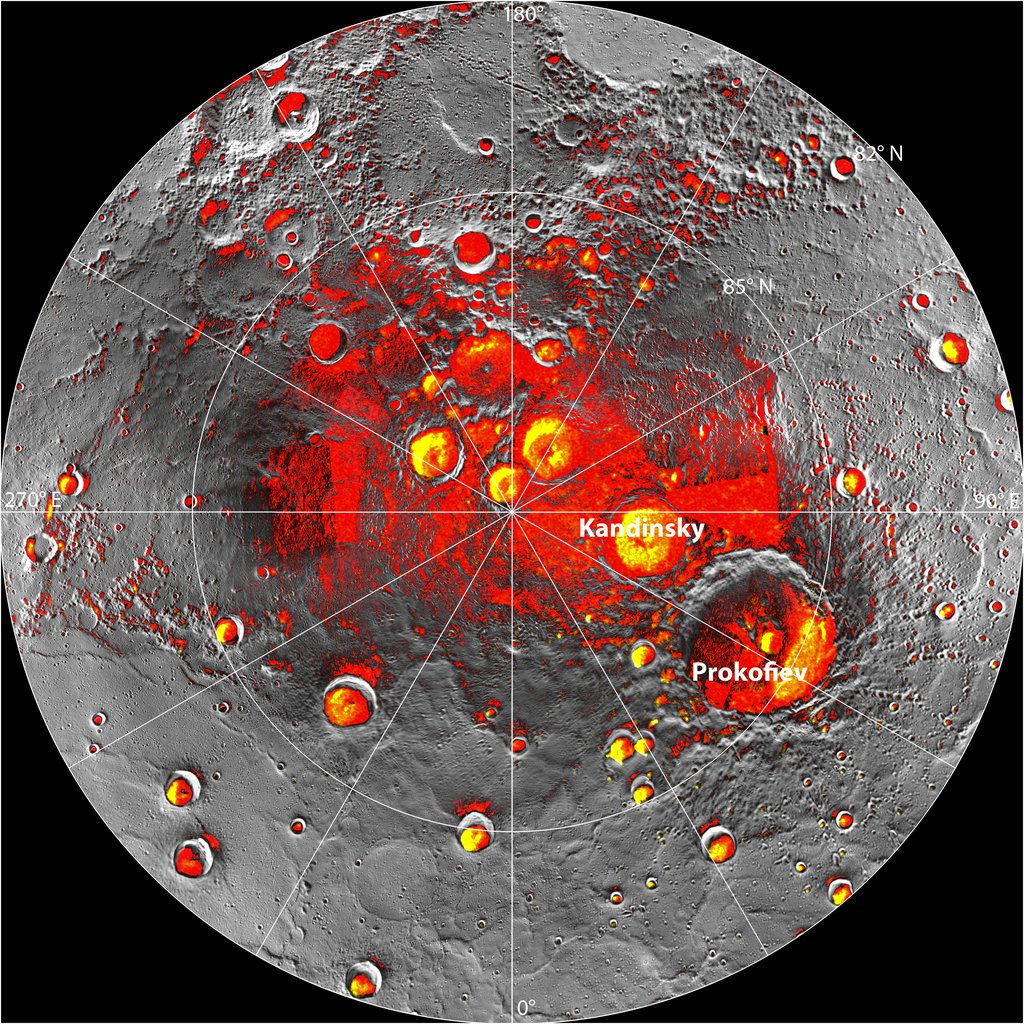 "About the last thing you would expect on a planet so close to the sun is water ice," said Matthew Siegler, a scientist at NASA's Jet Propulsion Laboratory in Pasadena, Calif., and an author on one of three papers published today in Science Express. "But due to Mercury's low tilt, craters near the poles can remain in year-round shadow and be ridiculously cold."

Scientists suggested decades ago there might be water ice and other frozen volatiles trapped at Mercury's poles. The idea received a boost in 1991 when the Arecibo radio telescope in Puerto Rico detected radar-bright patches at Mercury's poles. Many of these patches corresponded to the locations of large impact craters mapped by NASA's Mariner 10 spacecraft in the 1970s. However, because Mariner saw less than 50 percent of the planet, planetary scientists lacked a complete diagram of the poles to compare with the radar images.

Images taken from MESSENGER in 2011, and earlier this year, confirmed all radar-bright features at Mercury's north and south poles lie within shadowed regions on the planet's surface. These findings are consistent with the water ice hypothesis.

"The new data indicate the water ice in Mercury's polar regions, if spread over an area the size of Washington, D.C., would be more than 2 miles thick," said David Lawrence, a MESSENGER participating scientist at the Johns Hopkins University Applied Physics Laboratory in Laurel, Md., lead author of one of the three papers describing the findings.

The new observations from MESSENGER support the idea that ice is the major constituent of Mercury's north polar deposits. These measurements also reveal ice is exposed at the surface in the coldest of those deposits, but buried beneath unusually dark material across most of the deposits. In the areas where ice is buried, temperatures at the surface are slightly too warm for ice to be stable.

"Everywhere on Mercury we predict it's cold enough that there could be ice, Messenger finds bright deposits," said Siegler. "Where it is slightly warmer, and where ice should only be stable underground, we find a dark material, darker than anything else we've seen on Mercury."

The dark material is likely a mix of complex organic compounds delivered to Mercury by the impacts of comets and volatile-rich asteroids, the same objects that likely delivered water to the innermost planet.

A composite image of the discovery is available at: http://www.nasa.gov/mission_pages/messenger/multimedia/PressConf20121126_2.html

MESSENGER was designed and built by the Applied Physics Laboratory, Laurel, Md. The lab manages and operates the mission for NASA's Science Mission Directorate in Washington. The mission is part of NASA's Discovery Program, managed for the directorate by the agency's Marshall Space Flight Center in Huntsville, Ala.