NASA Mars Orbiter Releasing One of Its Last Rainbow-Colored Maps 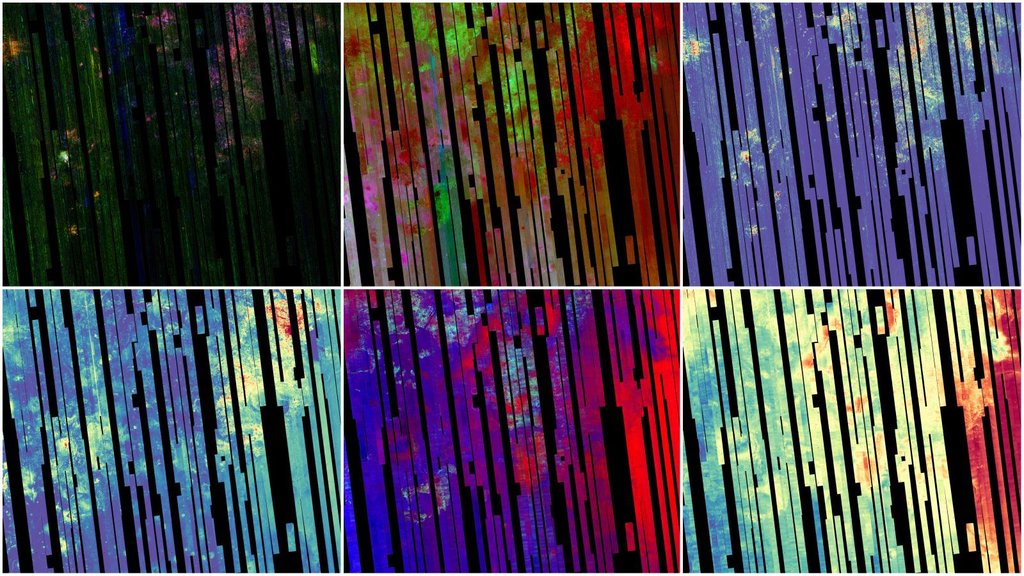 Seen are six views of the Nili Fossae region of Mars captured by the Compact Reconnaissance Imaging Spectrometer for Mars, or CRISM, one of the instruments aboard NASA's Mars Reconnaissance Orbiter.
Credit: NASA/JPL-Caltech/JHU-APL
Full Image Details 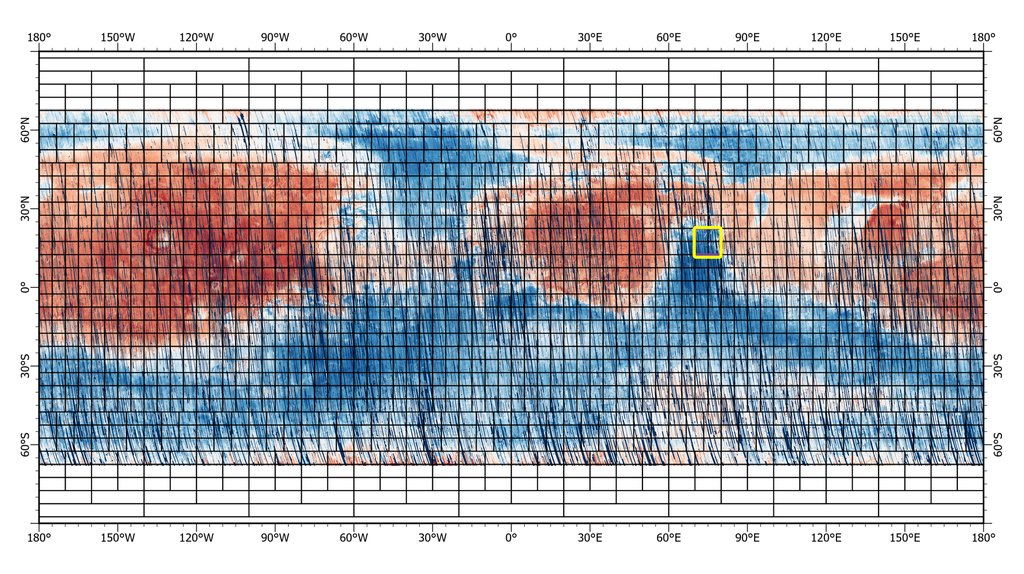 This near-global map was captured by NASA’s Mars Reconnaissance Orbiter using its Compact Reconnaissance Imaging Spectrometer for Mars, or CRISM. The yellow square indicates the Nili Fossae region of Mars, which is highlighted in six views in the previous image. Credit: NASA/JPL-Caltech/JHU-APL Full Image Details

The map, to be released in batches over six months, covers the vast majority of the planet, revealing dozens of minerals found on its surface.

Scientists are about to get a new look at Mars, thanks to a multicolored 5.6-gigapixel map. Covering 86% of the Red Planet’s surface, the map reveals the distribution of dozens of key minerals. By looking at mineral distribution, scientists can better understand Mars’ watery past and can prioritize which regions need to be studied in more depth.

The first portions of this map were released by NASA’s Planetary Data System. Over the next six months, more will be released, completing one of the most detailed surveys of the Martian surface ever made. (Read more about these map segments.)

NASA’s Mars Reconnaissance Orbiter, or MRO, has been mapping minerals on the Red Planet for 16 years, with its Compact Reconnaissance Imaging Spectrometer for Mars, or CRISM.

Using detectors that see visible and infrared wavelengths, the CRISM team has previously produced high-resolution mineral maps that provide a record of the formation of the Martian crust and where and how it was altered by water. These maps have been crucial to helping scientists understand how lakes, streams, and groundwater shaped the planet billions of years ago. NASA has also used CRISM’s maps to select landing sites for other spacecraft, as with Jezero Crater, where NASA’s Perseverance rover is exploring an ancient river delta.

The first piece of this new map includes 51,000 images, each of which represents a “strip” 336 miles (540 kilometers) long by 6 miles (10 kilometers) wide that was captured as MRO passed overhead. The resolution is lower than CRISM maps made from targeted observations because the data was acquired with the instrument looking straight down, a different imaging strategy designed to cover much more of the planet.

To acquire its data, CRISM used two spectrometers, one of which was designed with three cryocoolers to keep temperatures low so that it could more clearly detect the longest wavelengths of reflected solar infrared light. Used in succession, the last of these cryocoolers completed its lifecycle in 2017, limiting the instrument’s capabilities to view visible wavelengths. So this will be CRISM’s last map covering the instrument’s full wavelength range. The instrument is now in a standby mode and may record data a few more times in the coming months before being decommissioned.

One last map will be released within the year, covering visible wavelengths and focusing only on iron-bearing minerals; this will have twice the spatial resolution of the latest map.

“The CRISM investigation has been one of the crown jewels of NASA’s MRO mission,” said Richard Zurek, the mission’s project scientist at NASA’s Jet Propulsion Laboratory in Southern California. “Analyses based on these final maps will provide new insights into the history of Mars for many years to come.”

MRO is led by JPL, which is a division of Caltech in Pasadena. CRISM is led by Johns Hopkins University’s Applied Physics Laboratory.