One of CRISM's Final Maps of Mars 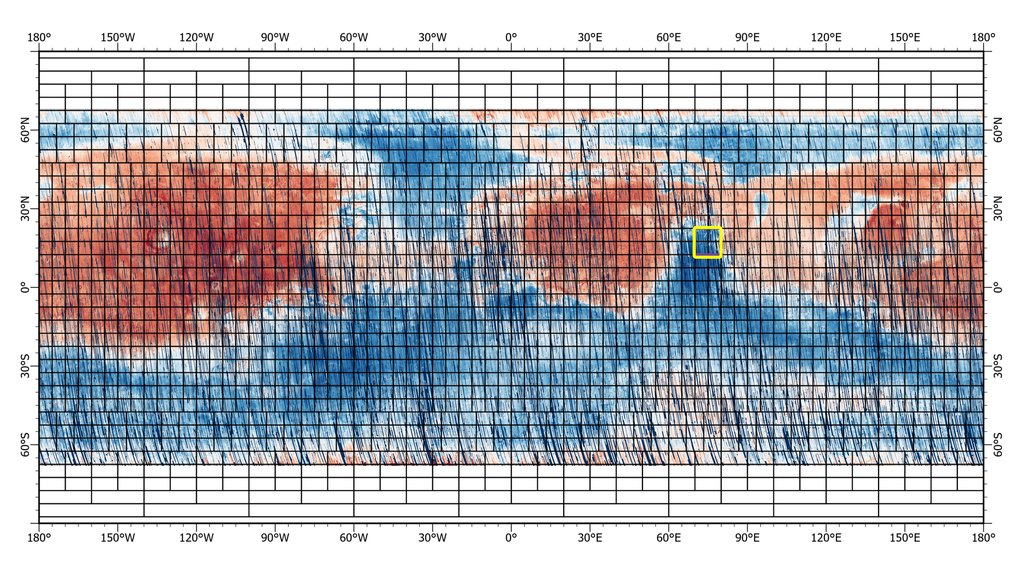 This 72-color near-global map of the Red Planet was captured by NASA's Mars Reconnaissance Orbiter (MRO) using its Compact Reconnaissance Imaging Spectrometer for Mars, or CRISM. The yellow square indicates the Nili Fossae region of Mars, which is highlighted in six views in PIA25364. The map is one of the last major datasets CRISM will ever produce; the instrument will be decommissioned by the end of 2022.

Data for the 6.3-gigapixel map was collected over 11 years of CRISM operations. The instrument arrived at Mars with three cryocoolers that allowed it to see in a range of wavelengths, including infrared; in 2017, the last of those cryocoolers stopped working, severely limiting the number of wavelengths CRISM could "see."