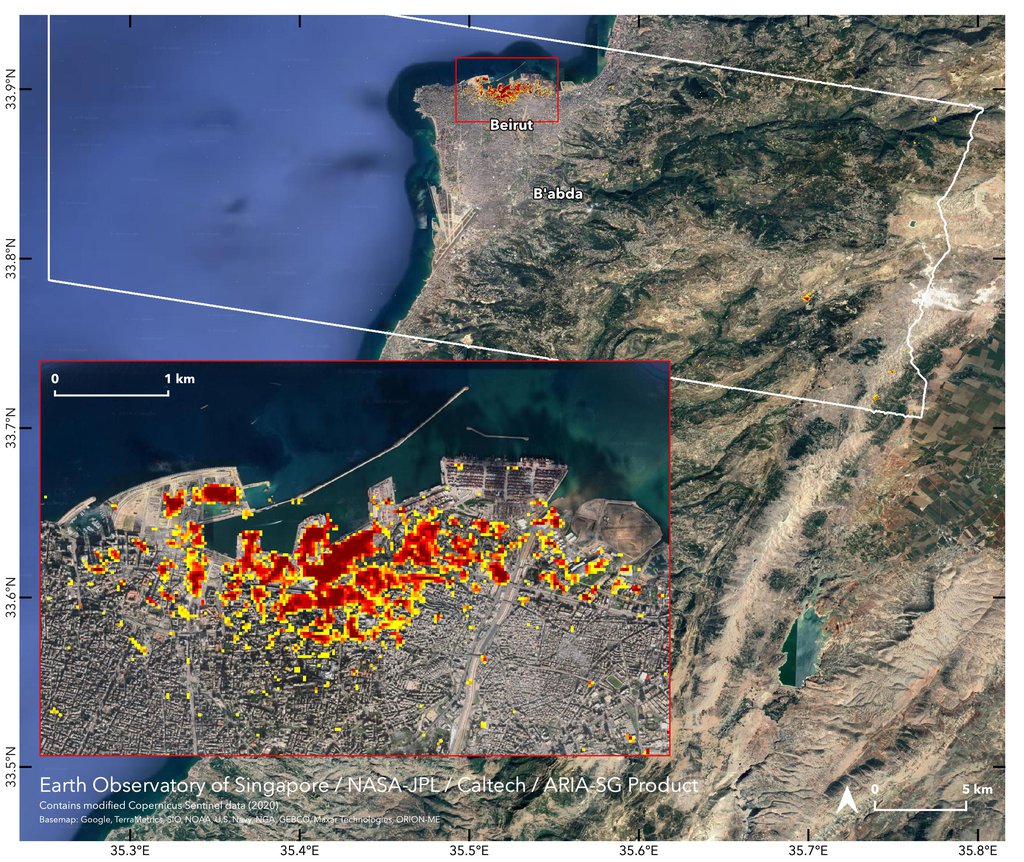 Scientists are using satellite data to map ground surface changes in the aftermath of the recent explosion.

NASA's Advanced Rapid Imaging and Analysis (ARIA) team, in collaboration with the Earth Observatory of Singapore, used satellite-derived synthetic aperture radar data to map the likely extent of damage from a massive Aug. 4 explosion in Beirut. Synthetic aperture radar data from space shows ground surface changes from before and after a major event like an earthquake. In this case, it is being used to show the devastating result of an explosion.

On the map, dark red pixels - like those present at and around the Port of Beirut - represent the most severe damage. Areas in orange are moderately damaged and areas in yellow are likely to have sustained somewhat less damage. Each colored pixel represents an area of 30 meters (33 yards).

Maps like this one can help identify badly damaged areas where people may need assistance. The explosion occurred near the city's port. It claimed more than 150 lives and is estimated to have caused billions of dollars' worth of damage.