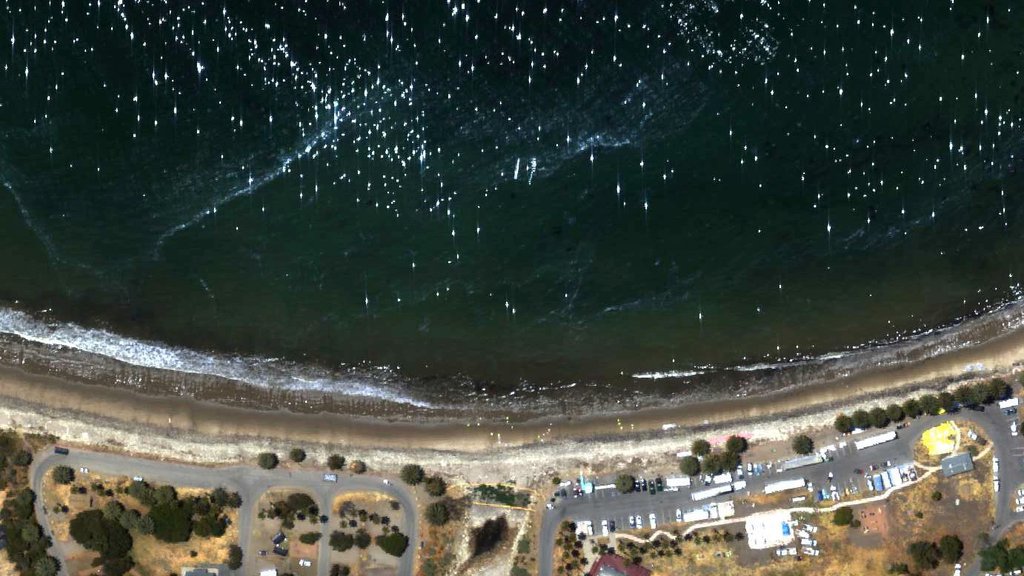 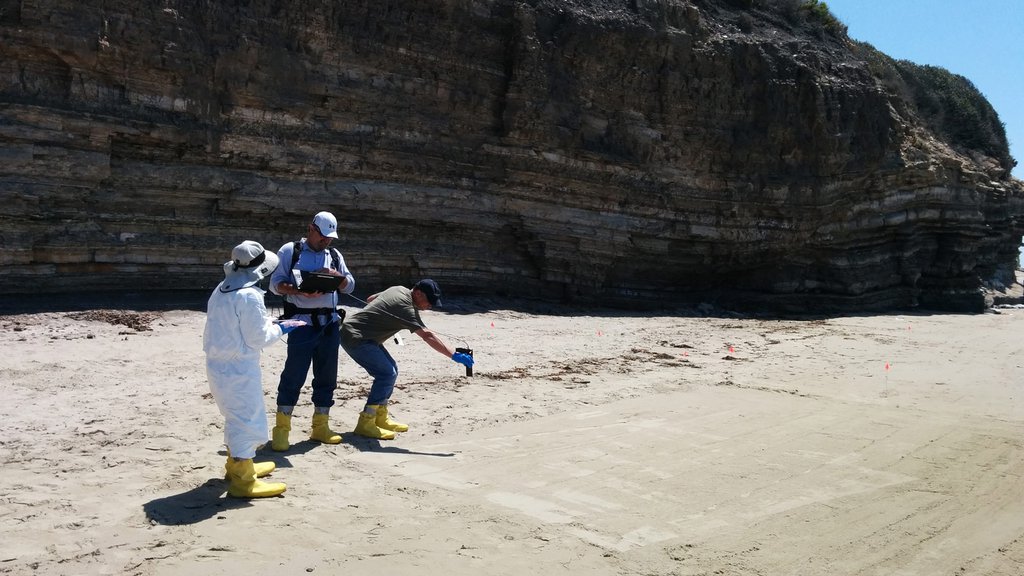 When an oil spill sullied beaches near Santa Barbara, California, in May, a JPL airborne instrument tested new techniques that may help responders after future oil spills.

When an on-land pipeline ruptured north of Santa Barbara, California, on May 19 -- spilling 101,000 gallons of crude oil around the pipeline and onto Refugio State Beach and about 21,000 gallons of oil into the Pacific Ocean in the north Santa Barbara Channel -- it created an environmental nightmare for local beaches and wildlife.

In support of the response to the Refugio Incident, as it is known, NASA deployed a De Havilland Twin Otter aircraft carrying a unique airborne instrument developed by NASA's Jet Propulsion Laboratory, Pasadena, California, to study the spill and test the ability of imaging spectroscopy to map tar on area beaches. The work is advancing our nation's ability to respond to future oil spills.

The JPL-built Airborne Visible Infrared Imaging Spectrometer, Next Generation (AVIRIS-NG) instrument uses spectroscopic measurement of energy reflected from Earth's surface to determine surface properties. In this case, AVIRIS-NG focused on applying imaging spectroscopy to the problem of accurately mapping the presence of oil-derived tar balls on the beaches, using direct, on-the-ground observations to verify the remote sensing data. AVIRIS-NG can capture spectral imagery that is commonly used to map ecosystems, minerals, land use and trace gases.

Prior to the flights, a team of scientists led by Principal Investigator Ira Leifer of Bubbleology Research International, Solvang, California, collected tar balls on an affected beach and analyzed them in a laboratory operated for the Department of Energy. The infrared spectral analysis confirmed the presence of unique petroleum hydrocarbon spectral features that would allow diagnostic mapping of beach tar from the air or space.

To support the AVIRIS-NG overflights of the larger region, the team deployed to a beach affected by tar from the spill to map beach tar and collect surface spectra, assisted by citizen scientists. They mapped a 220-foot (67-meter) span of the beach in detail, noting locations and coverage of tar on the beach. AVIRIS-NG then flew over the beach. Tar was detected successfully in the AVIRIS-NG spectral data, validating the effectiveness of this advanced remote measurement technique. The beach tar map was subsequently forwarded to the Incident Command for the Refugio Incident and was incorporated into the response's daily shoreline cleanup and assessment technique, also known as SCAT.

SCAT is a critical response component to an oil spill, but is highly subjective, qualitative and labor intensive. Applying remote sensing techniques to beach tar mapping in support of oil spill response is a breakthrough that promises to transform shoreline cleanup and assessment techniques by providing robust, rapid and repeatable maps at a resolution and fidelity not currently achievable. These maps can guide local, state, and federal stakeholders in assessing impacts to beaches and in restoring and recovering degraded, damaged or destroyed ecosystems and habitats in the environment.

"Mapping tar on beaches using high-resolution imaging spectroscopy techniques that can identify tar of this type has never been done before, and is a natural extension of oil-on-water remote sensing," said Leifer. "NASA deployed AVIRIS-NG to the scene during the first week of the incident, collect ing timely data during the initial spill phases and contributing to the response."

This effort built on a pioneering NASA campaign that assisted during the Deepwater Horizon oil spill in the Gulf of Mexico in 2010 under science principal investigator Leifer. Then, AVIRIS imagery was processed to provide the first-ever maps of oil-on-water thickness, developed by a large multi-agency team. The current effort sought to leverage the greatly improved performance of AVIRIS-NG to map oil as tar on beaches.

Leifer coordinated the current Refugio Incident flights in support of NASA's Disasters Program. Also participating in the team was John DiBenedetto of Special Technology Laboratories, a U.S. Department of Energy contract lab, in collaboration with scientists from the National Oceanic and Atmospheric Administration.