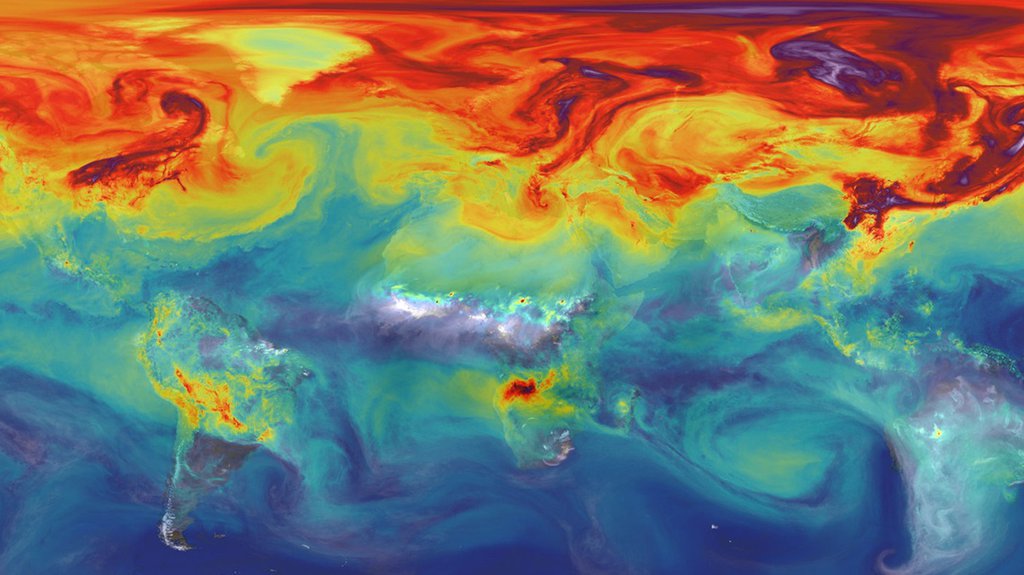 NASA is advancing new tools like the supercomputer model that created this simulation of carbon dioxide in the atmosphere to better understand what will happen to Earth's climate if the land and ocean can no longer absorb nearly half of all climate-warming CO2 emissions. Credits: NASA/GSFC

A Nov. 12 NASA media telecon will cover latest insights into Earth's response to rising levels of heat-trapping gases in the atmosphere, and what it means for future climate.

NASA will host a media teleconference at 9 a.m. PST (noon EST) on Thursday, Nov. 12, to discuss the latest insights into how Earth is responding to rising levels of heat-trapping gases in the atmosphere, and what this means for our future climate.

The panelists will be:

Audio of the briefing will stream live at:

The public may ask questions during the briefing on Twitter using the hashtag #askNASA.

Earth's land and ocean currently absorb about half of all carbon dioxide emissions from the burning of fossil fuels, but it's uncertain whether the planet can keep this up in the future. NASA's Earth science program works to improve our understanding of how carbon absorption and emission processes work in nature and how they could change in a warming world with increasing levels of carbon dioxide and methane emissions from human activities.