A visualization of the AIRS instrument’s measurements of atmospheric water vapor around the globe during a few months of the flu study, which focused on data from 2003 to 2015. AIRS is on NASA’s Aqua satellite.

NASA satellite data illuminates a critical relationship between low humidity and the outbreak of flu in the U.S.

What triggers an outbreak of the influenza virus? A new study of the flu in the 48 contiguous U.S. states, using data from the Atmospheric Infrared Sounder (AIRS) on NASA’s Aqua satellite, has found that the answer is closely tied to local weather – specifically, to low humidity – and varies from state to state.

Average humidity varies widely across the United States, but even in the most humid states, it begins to drop as winter approaches. Researchers at NASA’s Jet Propulsion Laboratory in Southern California and the University of Southern California correlated AIRS measurements of water vapor in the lower atmosphere with flu case estimates for each week from 2003 to 2015. The researchers found that in each state, there is a specific level of low humidity that may signal a flu outbreak is imminent. When this threshold is crossed each year, a large increase in flu cases follows within two or three weeks, on average. 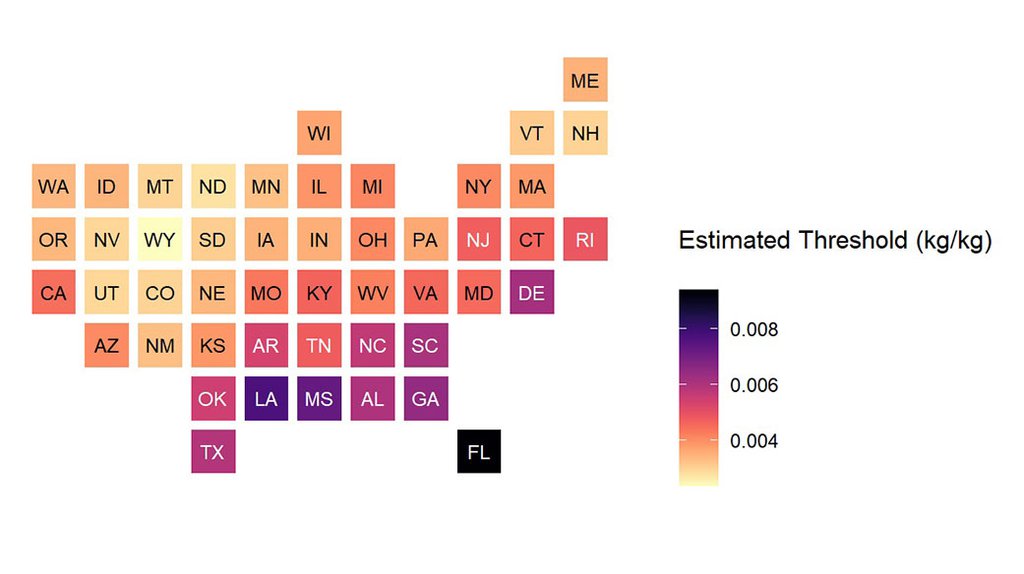 This chart shows low-humidity thresholds that signal flu outbreaks in 48 U.S. states. The color range from lighter to darker indicates lower to higher humidity thresholds, with the driest state, Wyoming, having the lowest threshold and Florida the highest. Units are kilograms of water per kilogram of air.

These threshold levels of low humidity closely parallel each state’s average climate. Although all 48 states have different thresholds, states with humid climates, such as those in the Southeast, have higher threshold values than arid states, including those in the West and Southwest.

The study wasn’t designed to answer why lower humidity leads to flu outbreaks.