The Ingenuity Mars Helicopter’s carbon fiber blades can be seen in this video taken by the Mastcam-Z instrument aboard NASA’s Perseverance Mars rover on April 8, 2021, the 48th Martian day, or sol, of the mission. They are performing a wiggle test before the actual spin-up to ensure they were working properly. Credit: NASA/JPL-Caltech/ASU Full Image Details

With its recent 21st flight complete, the Red Planet rotorcraft is on its way to setting more records during its second year of operations.

NASA has extended flight operations of the Ingenuity Mars Helicopter through September. In the months ahead, history’s first aircraft to operate from the surface of another world will support the Perseverance rover’s upcoming science campaign exploring the ancient river delta of Jezero Crater. Along the way, it will continue testing its own capabilities to support the design of future Mars air vehicles.

The announcement comes on the heels of the rotorcraft’s 21st successful flight, the first of at least three needed for the helicopter to cross the northwest portion of a region known as “Séítah” and reach its next staging area.

“Less than a year ago we didn’t even know if powered, controlled flight of an aircraft at Mars was possible,” said Thomas Zurbuchen, the associate administrator of NASA’s Science Mission Directorate. “Now, we are looking forward to Ingenuity’s involvement in Perseverance’s second science campaign. Such a transformation of mindset in such a short period is simply amazing, and one of the most historic in the annals of air and space exploration.”

NASA’s hard at work on the Red Planet. Watch the latest Mars Report for more on Ingenuity, along with the agency’s Perseverance and Curiosity rovers.

Ingenuity’s new area of operations is entirely different from the modest, relatively flat terrain it has been flying over since its first flight last April. Several miles wide and formed by an ancient river, the fan-shaped delta rises more than 130 feet (40 meters) above the crater floor. Filled with jagged cliffs, angled surfaces, projecting boulders, and sand-filled pockets that could stop a rover in its tracks (or upend a helicopter upon landing), the delta promises to hold numerous geologic revelations – perhaps even the proof necessary to determine that microscopic life once existed on Mars billions of years ago.

Upon reaching the delta, Ingenuity’s first orders will be to help determine which of two dry river channels Perseverance should take when it’s time to climb to the top of the delta. Along with routing assistance, data provided by the helicopter will help the Perseverance team assess potential science targets. Ingenuity may even be called upon to image geologic features too far afield (or outside of the rover’s traversable zone), or perhaps scout landing zones and caching sites for the Mars Sample Return program. 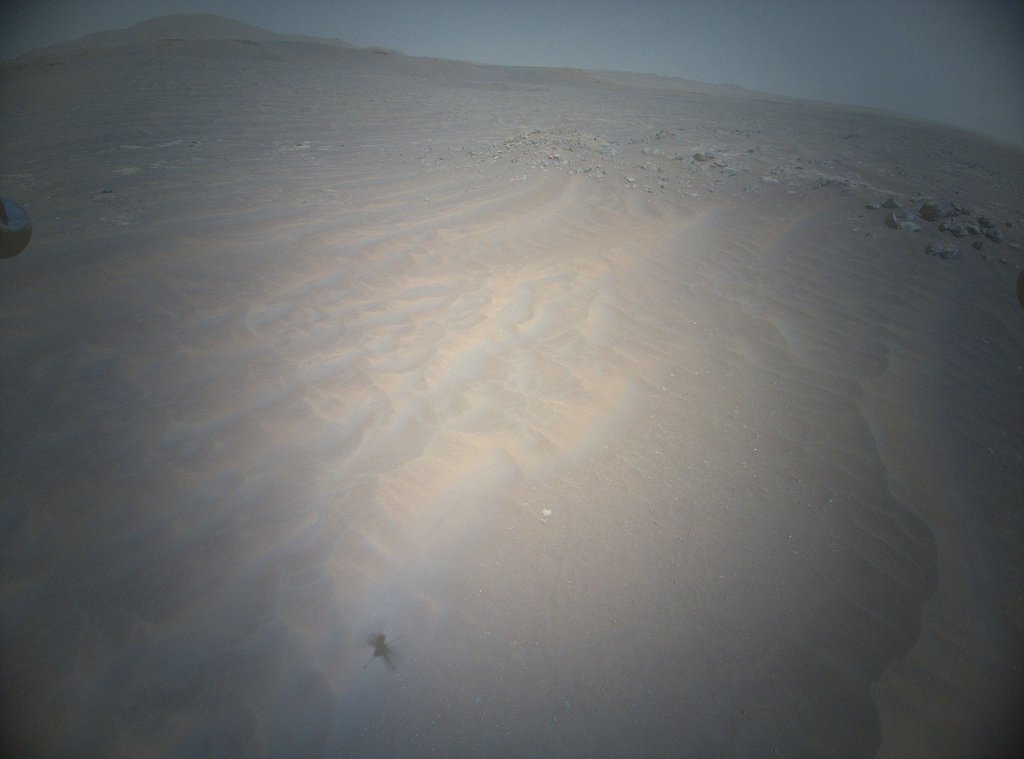 NASA’s Ingenuity Mars Helicopter acquired this image in the northwest portion of a region known as “Séítah” using its high-resolution color camera during its 20th flight on Feb. 25, 2022.

“The Jezero river delta campaign will be the biggest challenge the Ingenuity team faces since first flight at Mars,” said Teddy Tzanetos, Ingenuity team lead at NASA’s Jet Propulsion Laboratory in Southern California. “To enhance our chances of success, we have increased the size of our team and are making upgrades to our flight software geared toward improving operational flexibility and flight safety.”

Several of these upgrades have led to reduced navigation errors during flight, which increases both flight and landing safety. A recent software change already on the rotorcraft frees Ingenuity from its previously programmed maximum altitude of 50 feet (15 meters). The altitude gains could result in incremental increases in both air speed and range. A second upgrade allows Ingenuity to change airspeed as it flies. Another enables it to better understand and adjust to changes in terrain texture during flight. Future software upgrades may include adding terrain elevation maps into the navigation filter and a landing-hazard-avoidance capability. 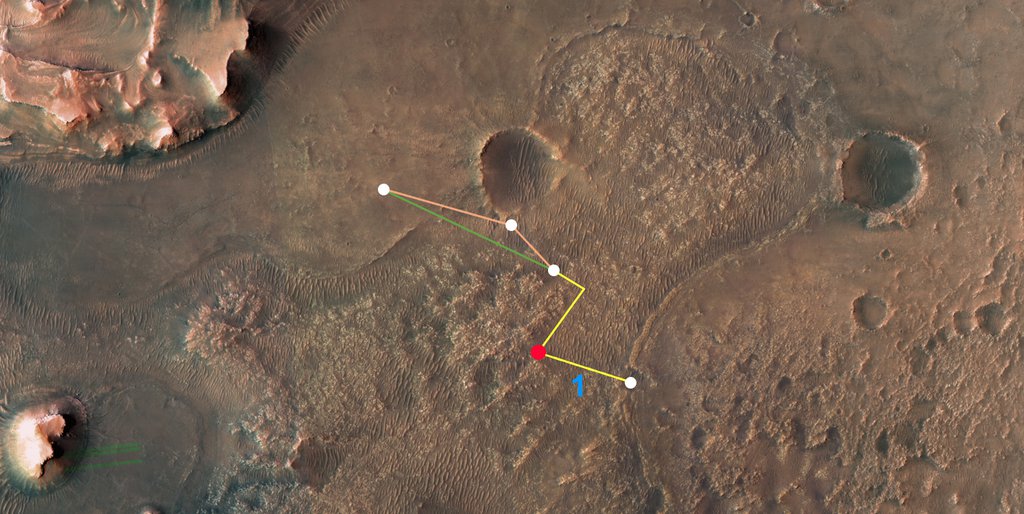 Before aerial reconnaissance of the delta can begin, Ingenuity has to complete its journey to the area. Scheduled for no earlier than March 19, Ingenuity’s next flight will be a complex journey, about 1,150 feet (350 meters) in length, that includes a sharp bend in its course to avoid a large hill. After that, the team will determine whether two or three more flights will be required to complete the crossing of northwest Séítah.

The first experimental flight on another world took place on April 19, 2021, and lasted 39.1 seconds. After another four flights, six more minutes in the air, and traveling a total distance of 1,637 feet (499 meters), NASA transitioned Ingenuity into an operations demonstration phase, testing its ability to provide an aerial dimension to the Perseverance mission. With the completion of Flight 21, the rotorcraft has logged over 38 minutes aloft and traveled 2.9 miles (4.64 kilometers). As Ingenuity pushes farther into uncharted territory, these numbers will inevitably go up, and previous flight records will more than likely fall.

“This upcoming flight will be my 22nd entry in our logbook,” said Ingenuity chief pilot Håvard Grip of JPL. “I remember thinking when this all started, we’d be lucky to have three entries and immensely fortunate to get five. Now, at the rate we’re going, I’m going to need a second book.”