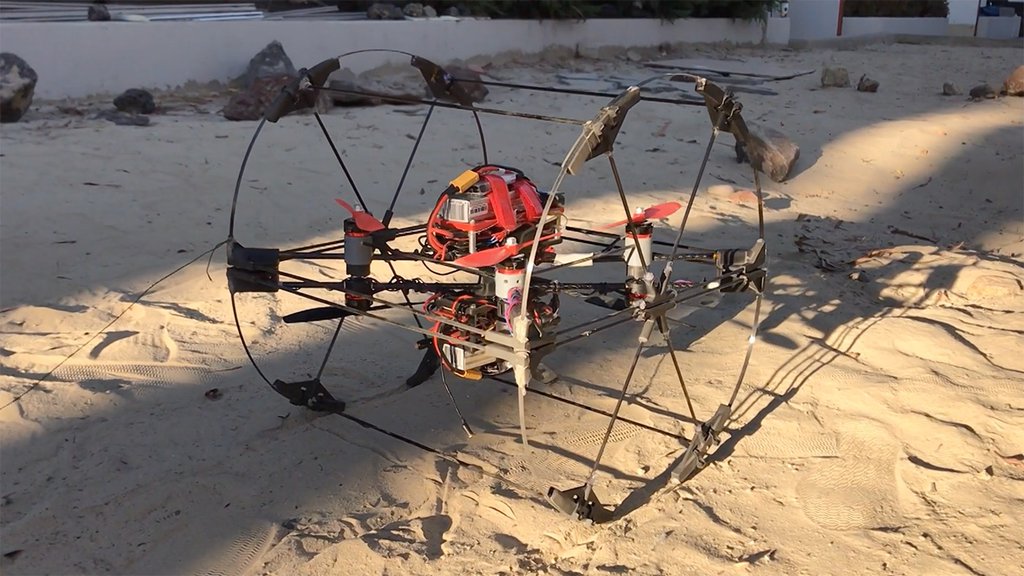 A prototype of the transforming robot Shapeshifter is tested in the robotics yard at NASA's Jet Propulsion Laboratory. Shapeshifter is made of smaller robots that can morph into rolling spheres, flying drones, swimming submersibles, and more.› Full image and caption
Credit: NASA/JPL-Caltech 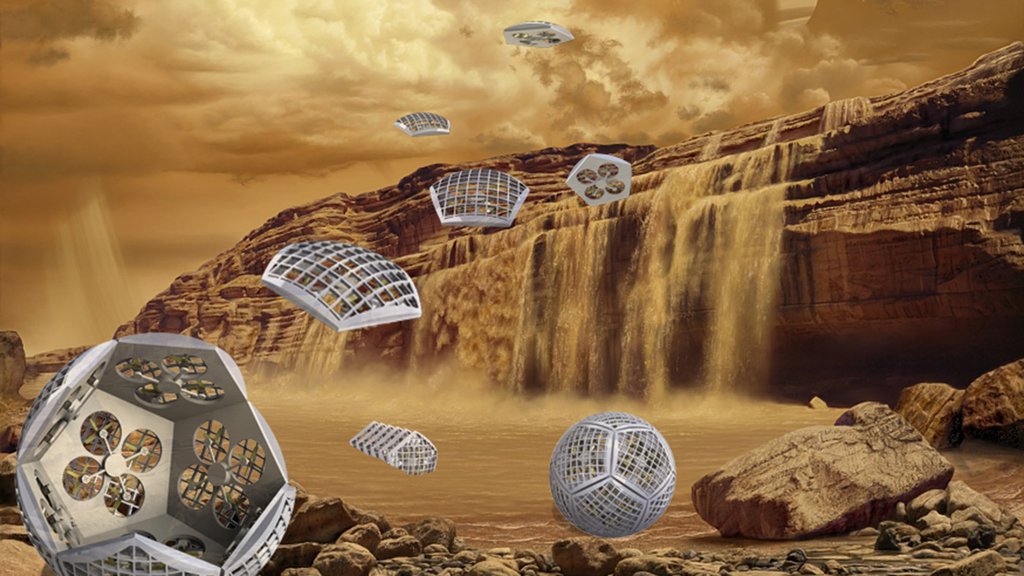 An illustration of an early concept of Shapeshifter imagines the robots on Saturn's moon Titan. In the picture, the Shapeshifter breaks into smaller pieces that can investigate a methane waterfall from the sky.› Full image and caption
Credit: NASA/JPL-Caltech/Marilynn Flynn 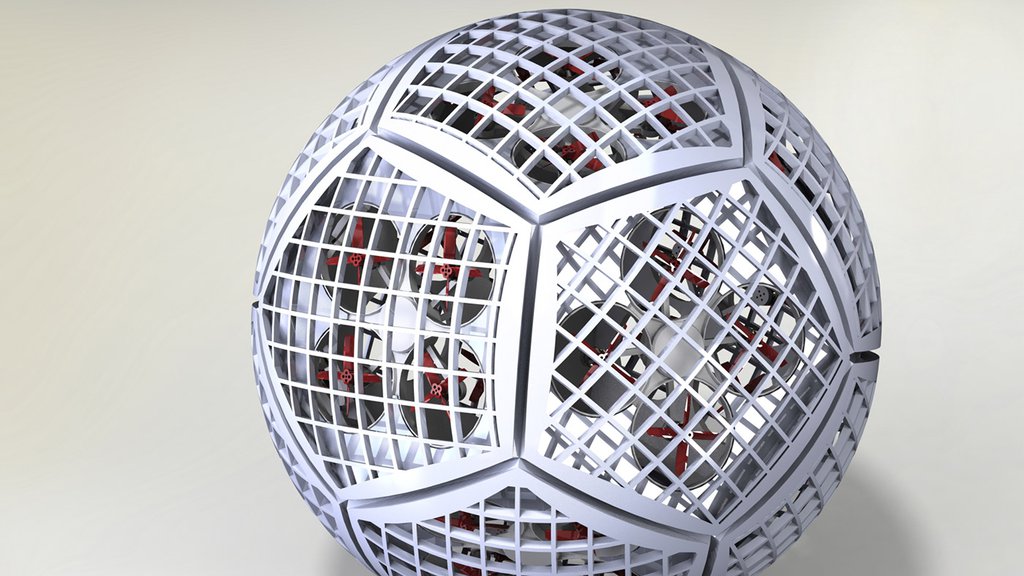 An illustration of the small robots that form Shapeshifter. Dubbed "cobots," they each have a propeller for flying and can combine to form a sphere, rolling on the ground to save energy.› Full image and caption
Credit: NASA/JPL-Caltech

JPL robotics engineers are experimenting with Shapeshifter, a swarm of small robots that can morph into different vehicles to explore alien worlds.