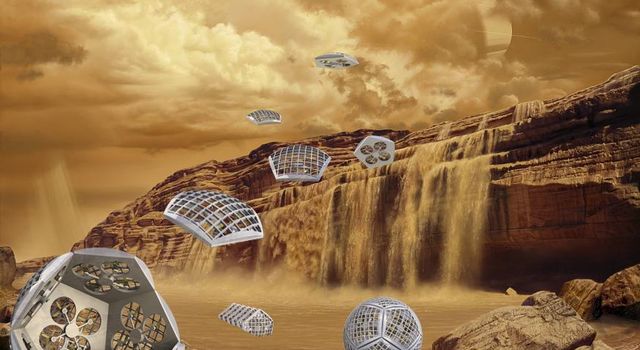 Illustration of Shapeshifter on Titan's Surface 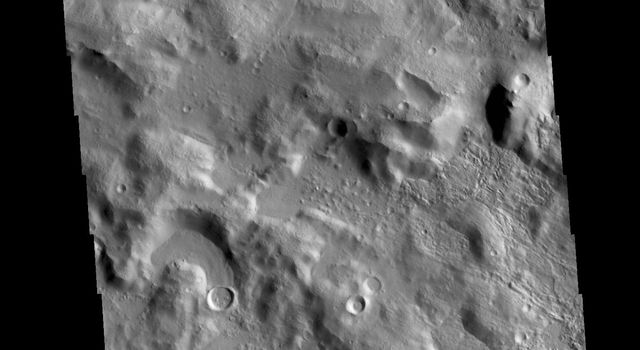 A prototype of the transforming robot Shapeshifter is tested in the robotics yard at NASA's Jet Propulsion Laboratory. Shapeshifter is made of smaller robots that can morph into rolling spheres, flying drones, swimming submersibles and more. Shapeshifter is a developing concept for a transformational vehicle to explore treacherous, distant worlds. The flying amphibious robot is part of the early-stage research program NASA Innovative Advanced Concepts (NIAC), which offers several phases of funding to visionary concepts, helping turn ideas that sound like science fiction into science fact. JPL Principle Investigator Ali Agha envisions Shapeshifter as a mission to Saturn's moon Titan, the only other world in the solar system known to have liquid in the form of methane lakes, rivers and seas on its surface.