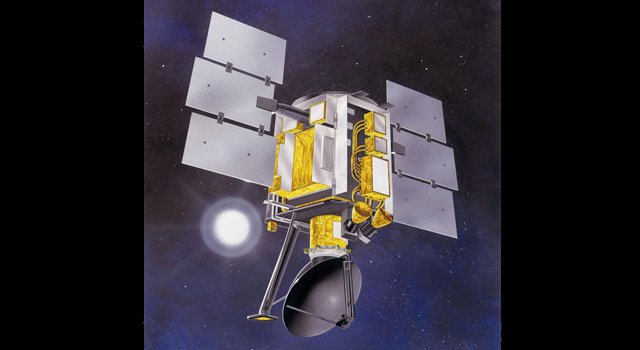 NASA mission managers are assessing options for future operations of the venerable QuikScat satellite following the age-related failure of a mechanism that spins the scatterometer antenna.

PASADENA, Calif. - NASA mission managers are assessing options for future operations of the venerable QuikScat satellite following the age-related failure of a mechanism that spins the scatterometer antenna. This spinning antenna had been providing near-real-time ocean- surface wind speed and direction data over 90 percent of the global ocean every day.

In recent months, the QuikScat project team has been monitoring a pattern of increasing friction in the bearings that allow the antenna to spin, leading to increased resistance and strain on the motor that turns QuikScat's rotating antenna. This degradation was fully expected, as the spin mechanism was designed to last about 5 years.

After experiencing further difficulties over the weekend, the antenna stopped spinning early today, Nov. 23. The QuikScat spacecraft and scatterometer instrument themselves remain in otherwise good health. Should engineers be unable to restart the antenna, QuikScat will be unable to continue its primary science mission, as the antenna spin is necessary to estimate wind speed and direction and form the wide data swath necessary to obtain nearly global sampling.

Over the coming days, NASA managers will review contingency plans for restarting the antenna and assess options for using the mission in its present degraded state to advance Earth system science in the event the antenna cannot be restarted. For example, degraded scatterometer measurements from QuikScat can still be useful for cross-calibrating the mission's climate data record with measurements from other scatterometers, including the operational EUMETSAT ASCAT instrument, India's recently launched Oceansat-2 and a planned Chinese scatterometer. Specific operational forecasting applications such as polar ice measurements and limited hurricane observations may also be supportable.

By any measure of success, the 10-year-old QuikScat mission is a unique national resource that has achieved and far surpassed its science objectives. Designed for a two-year lifetime, QuikScat has been used around the globe by the world's operational meteorological agencies to improve weather forecasts and identify the location, size and strength of hurricanes and other storms in the open ocean. The mission has also provided critical information for monitoring, modeling, forecasting and researching our atmosphere, ocean and climate.

The tremendous success of QuikScat led the National Research Council, in its 2007 decadal survey report for Earth science, to recommend that the National Oceanic and Atmospheric Administration develop an operational version of QuikScat, called the Extended Ocean Vector Winds Mission (XOVWM).

More information on QuikScat is online at: http://winds.jpl.nasa.gov/missions/quikscat/index.cfm.