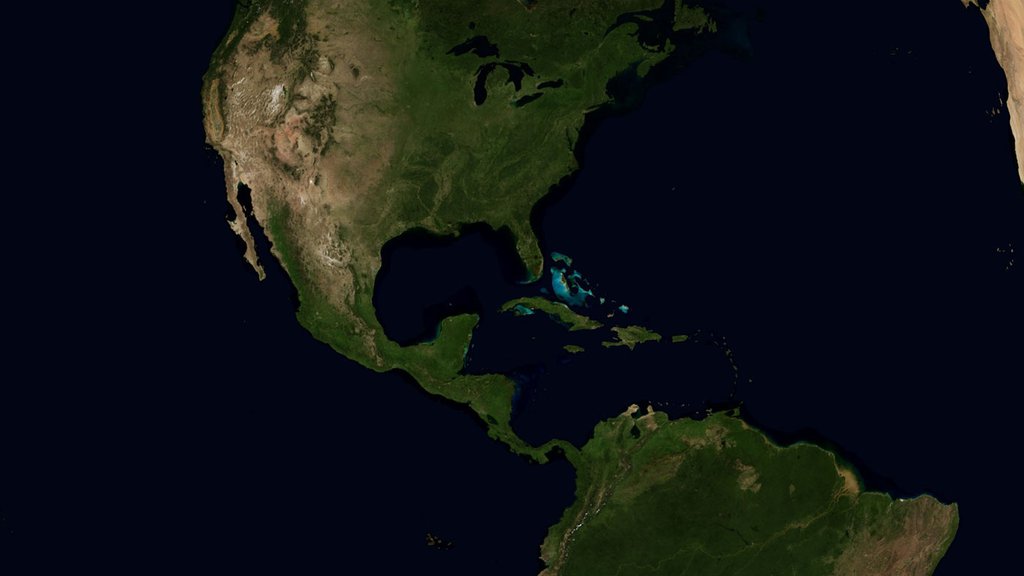 From an orbit 22,000 miles above the Americas, the Geostationary Carbon Cycle Observatory will monitor plant health and vegetation stress and probe the natural sources, sinks and exchange processes of key greenhouse gases.
Credit: NASA

NASA has selected a first-of-its-kind Earth science mission that will extend our nation's lead in measuring key greenhouse gases and vegetation health from space.

NASA has selected a first-of-its-kind Earth science mission that will extend our nation's lead in measuring key greenhouse gases and vegetation health from space to advance our understanding of Earth's natural exchanges of carbon among the land, atmosphere and ocean.

The primary goals of the Geostationary Carbon Cycle Observatory (GeoCARB), led by Berrien Moore of the University of Oklahoma in Norman, are to monitor plant health and vegetation stress throughout the Americas, and to probe, in unprecedented detail, the natural sources, sinks and exchange processes that control carbon dioxide, carbon monoxide and methane in the atmosphere. NASA's Jet Propulsion Laboratory, Pasadena, California, is one of the mission's partners.

The investigator-led mission will launch on a commercial communications satellite to make observations over the Americas from an orbit of approximately 22,000 miles (35,400 kilometers) above the equator. The mission was competitively selected from 15 proposals submitted to the agency's second Earth Venture - Mission announcement of opportunity for small orbital investigations of the Earth system.

GeoCARB will measure daily the total concentration of carbon dioxide, methane and carbon monoxide in the atmosphere with a horizontal ground resolution of 3 to 6 miles (5 to 10 kilometers). GeoCARB also will measure solar-induced fluorescence, a signal related directly to changes in vegetation photosynthesis and plant stress.

Total NASA funding for the mission over the next five years will be $166 million, which includes initial development, launch of the mission as a hosted payload on a commercial communications satellite, and data analysis.

The University of Oklahoma-led GeoCARB team will build an advanced payload that will be launched on a commercial communications satellite, employing otherwise unused launch and spacecraft capacity to advance science and provide societal benefit. By demonstrating GeoCARB can be flown as a hosted payload on a commercial satellite, the mission will strengthen NASA's partnerships with the commercial satellite industry and provide a model that can be adopted by NASA's international partners to expand these observations to other parts of the world.

GeoCARB is the second space-based investigation in the Earth Venture - Mission series of rapidly developed, cost-constrained projects for NASA's Earth Science Division. The Cyclone Global Navigation Satellite System (CYGNSS), selected in 2012, is the first mission in the series and is scheduled to launch from Florida on Monday, Dec. 12.

NASA collects data from space, air, land and sea to increase our understanding of our home planet, improve lives and safeguard our future. The agency develops new ways to observe and study Earth's interconnected natural systems with long-term data records. The agency freely shares this unique knowledge and works with institutions around the world to gain new insights into how our planet is changing.