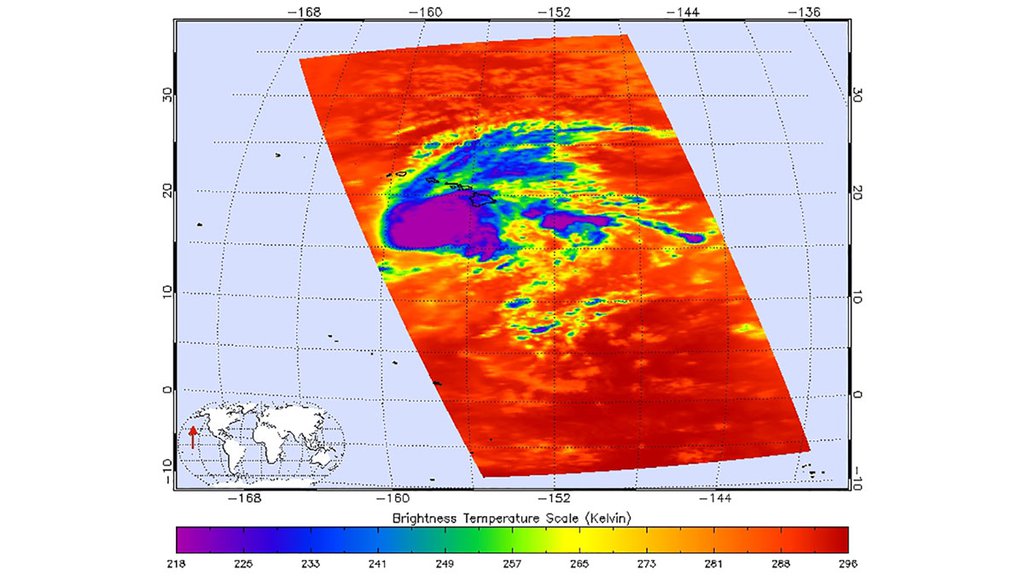 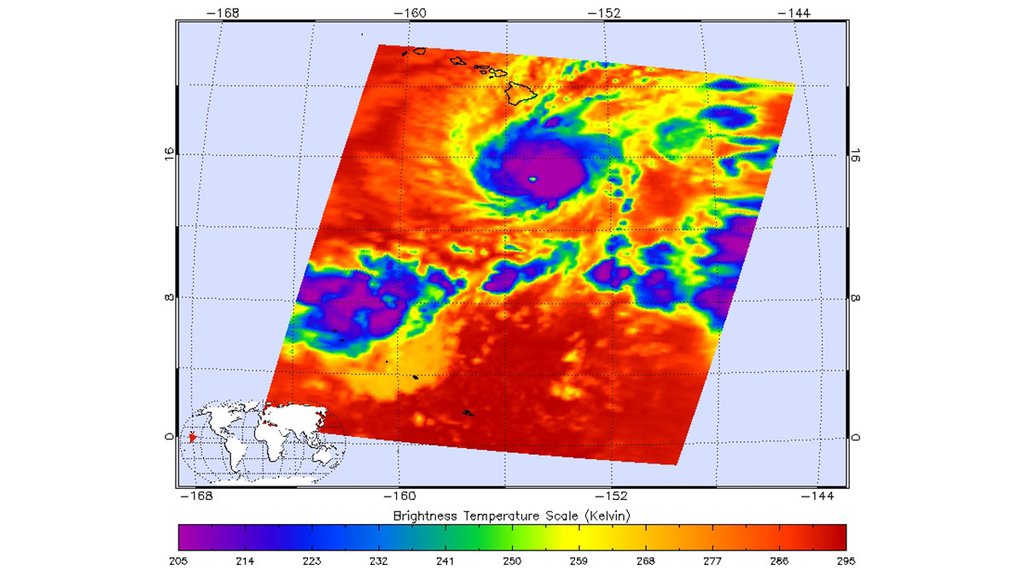 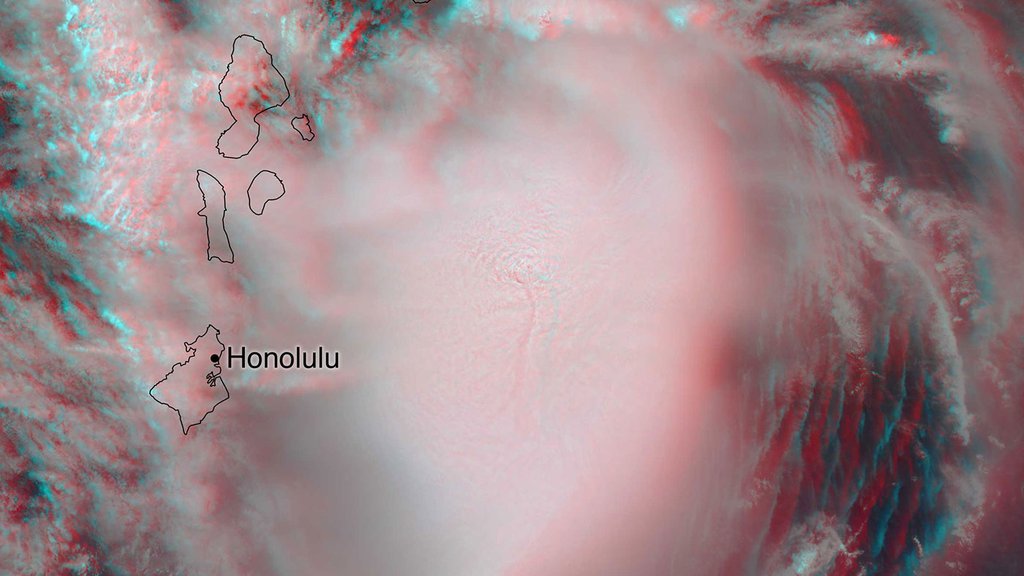 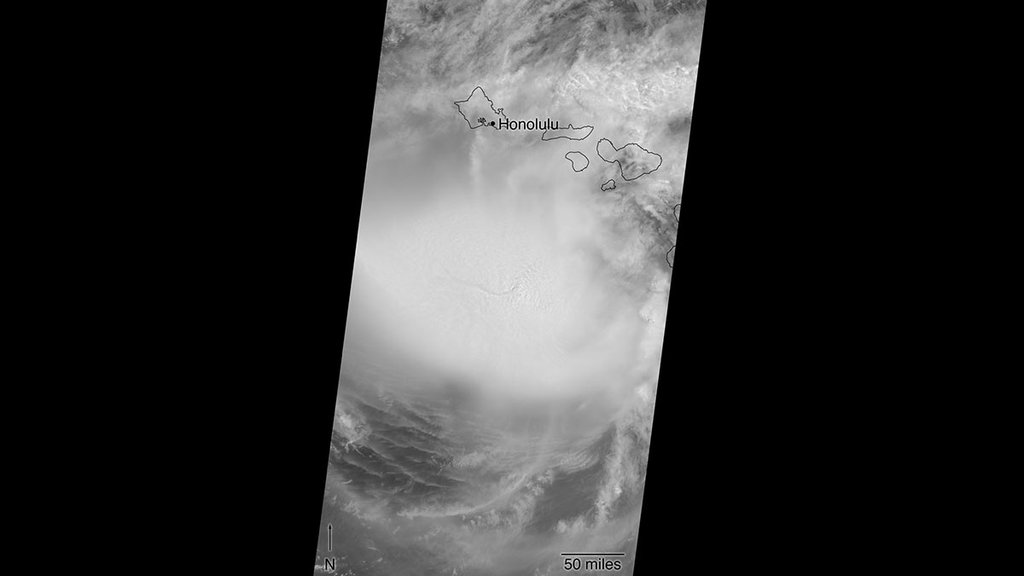 NASA's Multi-angle Imaging SpectroRadiometer (MISR) captured images of Lane on just before noon local time on Aug. 24. MISR, flying onboard NASA's Terra satellite, carries nine cameras that observe Earth at different angles. It takes approximately seven minutes for all the cameras to observe the same location, and the motion of the clouds during that time is used to compute the wind speed at the cloudtops.

The image shows the storm as viewed by the central, downward-looking camera. Also included is a stereo anaglyph, which combines two of the MISR angles to show a three-dimensional view of Lane. The anaglyph has been rotated to enable three-dimensional viewing. You will need red-blue glasses to view the anaglyph (with the red lens placed over your left eye).

NASA's Atmospheric Infrared Sounder (AIRS) captured Hurricane Lane when the Aqua satellite passed overhead on Aug. 22 and 23. The infrared imagery represents the temperatures of cloud tops and the ocean surface. Purple shows very cold clouds high in the atmosphere above the center of the hurricane, while blue and green show the warmer temperatures of lower clouds surrounding the storm center. The orange and red areas, away from the storm, have almost no clouds, and the ocean shines through. In the Aug. 22 image, a prominent eye is also visible. No eye is visible on the Aug. 23 image, either because it was too small for AIRS to detect or it was covered by high, cold clouds.

MISR was built and is managed by NASA's Jet Propulsion Laboratory in Pasadena, California, for NASA's Science Mission Directorate in Washington. JPL is a division of Caltech. The Terra spacecraft is managed by NASA's Goddard Space Flight Center in Greenbelt, Maryland. The MISR data were obtained from the NASA Langley Research Center Atmospheric Science Data Center in Hampton, Virginia.

AIRS, in conjunction with the Advanced Microwave Sounding Unit (AMSU) senses emitted infrared and microwave radiation from Earth to provide a three-dimensional look at Earth's weather and climate. Working in tandem, the two instruments make simultaneous observations all the way down to Earth's surface, even in the presence of heavy clouds. With more than 2,000 channels sensing different regions of the atmosphere, the system creates a global, three-dimensional map of atmospheric temperature and humidity, cloud amounts and heights, greenhouse gas concentrations, and many other atmospheric phenomena. Launched into Earth orbit in 2002, the AIRS and AMSU instruments fly onboard NASA's Aqua spacecraft and are managed by JPL.

More information about MISR is available at these sites:

More information about AIRS is at: