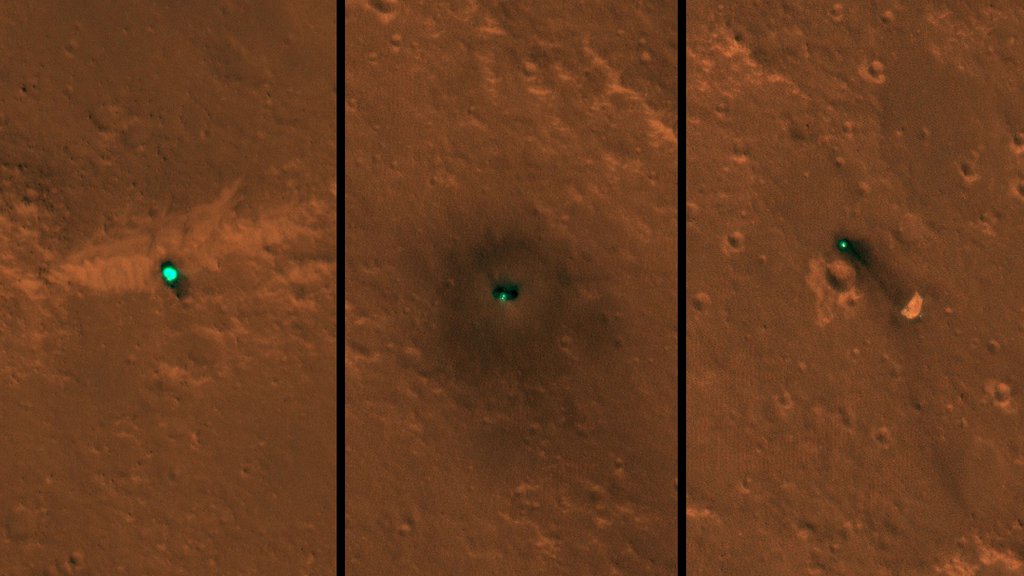 NASA's InSight spacecraft, its heat shield and its parachute were imaged on Dec. 6 and 11 by the HiRISE camera onboard NASA's Mars Reconnaissance Orbiter.› Full image and caption
Credit: NASA/JPL-Caltech/University of Arizona 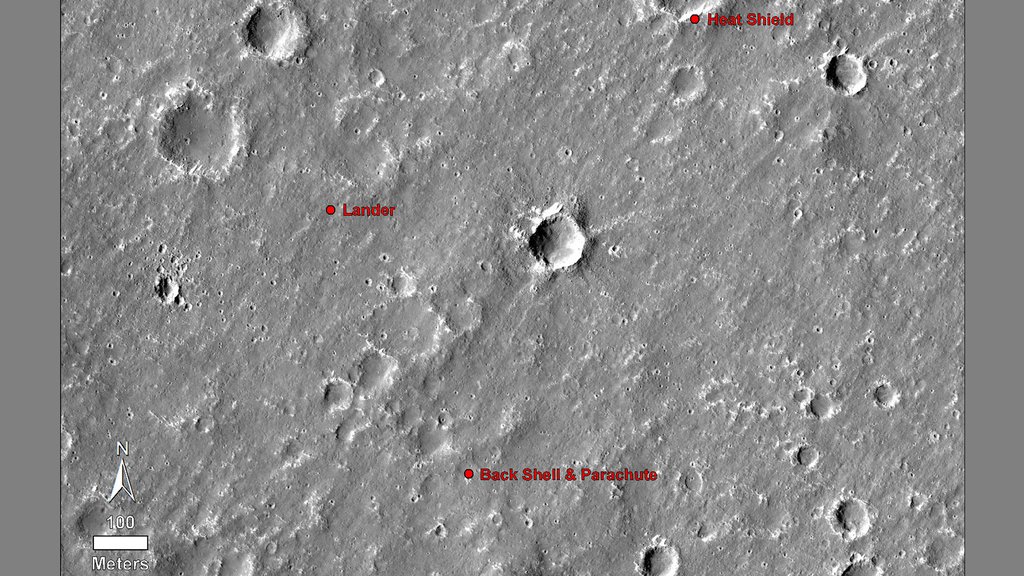 An annotated image of the surface of Mars, taken by the HiRISE camera on NASA's Mars Reconnaissance Orbiter (MRO) on May 30, 2014. The annotations - added after InSight landed on Nov. 26, 2018 - display the locations of NASA's InSight lander, its heat shield and parachute.› Full image and caption
Credit: NASA/JPL-Caltech/University of Arizona 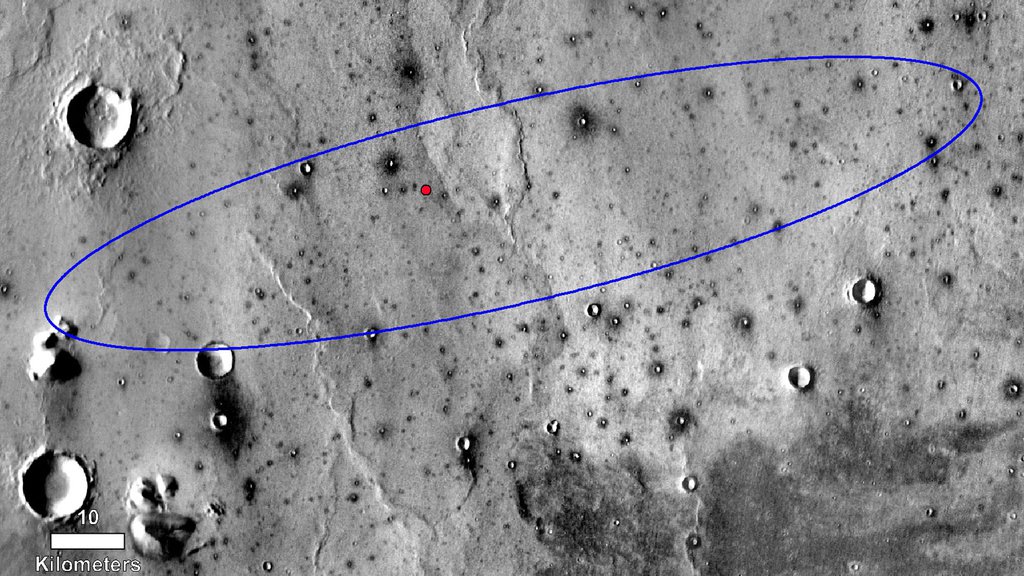 The red dot marks the final landing location of NASA's InSight lander in this annotated image of the surface of Mars, taken by the THEMIS camera on NASA's 2001 Mars Odyssey orbiter in 2015.› Full image and caption
Credit: NASA/JPL-Caltech/ASU

Look closely, and you can make out the lander's solar panels.

The InSight lander, its heat shield and parachute were spotted by HiRISE (which stands for High Resolution Imaging Science Experiment) in one set of images last week on Dec. 6, and again on Tuesday, Dec. 11. The lander, heat shield and parachute are within 1,000 feet (several hundred meters) of one another on Elysium Planitia, the flat lava plain selected as InSight's landing location. 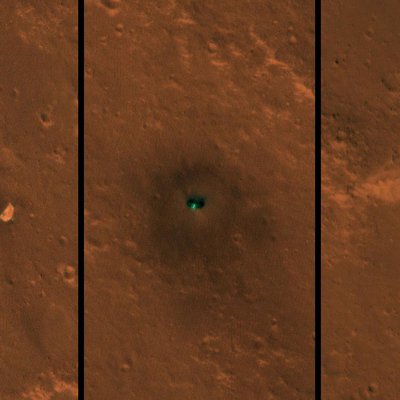 This isn't the first time HiRISE has photographed a Mars lander. InSight is based largely on 2008's Phoenix spacecraft, which the camera aboard MRO captured on the surface of Mars as well as descending on its parachute. While the HiRISE team at the University of Arizona also tried to take an image of InSight during landing, MRO was at a much less opportune angle and wasn't able to take a good picture.