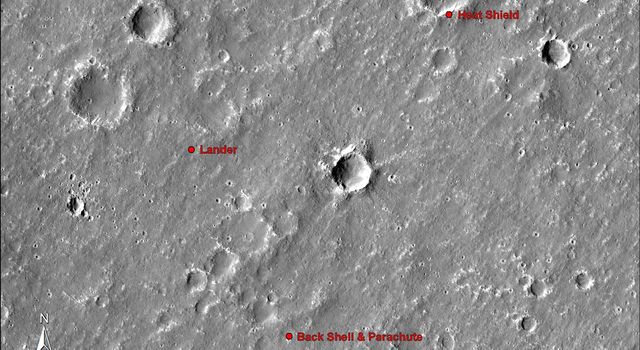 Locations of InSight, its Heat Shield and its Parachute 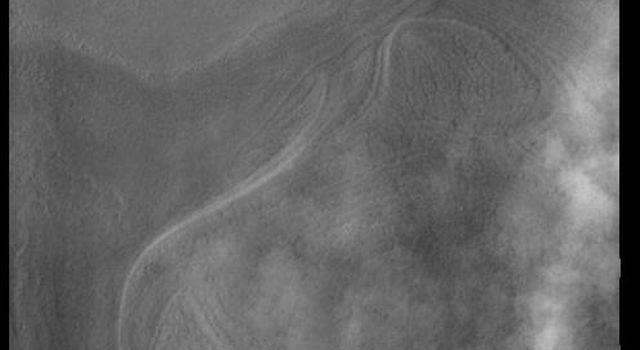 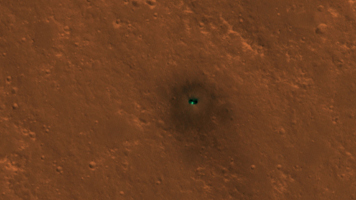 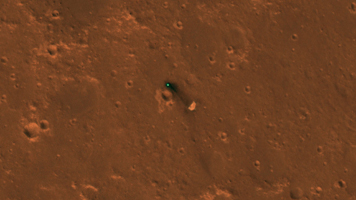 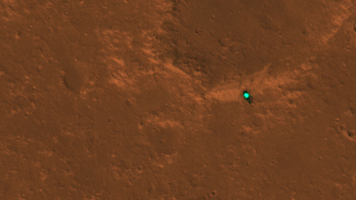 NASA's InSight spacecraft, its heat shield and its parachute were imaged on Dec. 6 and 11 by the HiRISE camera onboard NASA's Mars Reconnaissance Orbiter.

In images released today, the three new features on the Martian landscape appear teal. That's not their actual color: Light reflected off their surfaces cause the color to be saturated. The ground around the lander is dark, blasted by its retrorockets during descent. Look carefully for a butterfly shape, and you can make out the lander's solar panels on either side.

Unannotated, individual images of the lander, heat shield and parachute are also available.