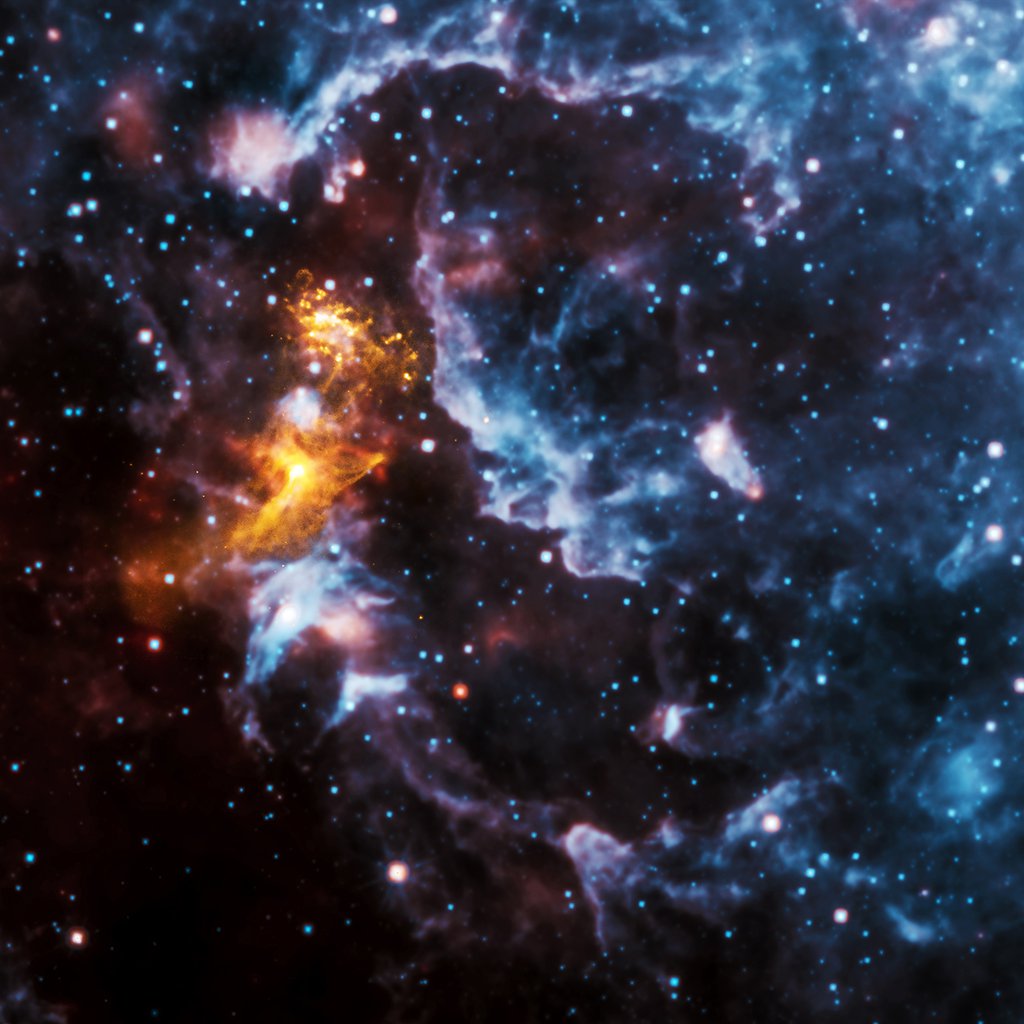 Do you see any recognizable shapes in this nebulous region captured by NASA's WISE and Chandra missions? › Full image and caption

Pareidolia is the psychological phenomenon where people see recognizable shapes in clouds or otherwise unrelated objects.

In a new image of the system, X-rays from Chandra in gold are seen along with infrared data from NASA's Wide-field Infrared Survey Explorer (WISE) telescope in red, green and blue. Pareidolia may strike again as some people report seeing a shape of a face in WISE's infrared data. What do you see?