How NASA’s Curiosity Rover Is Making Mars Safer for Astronauts 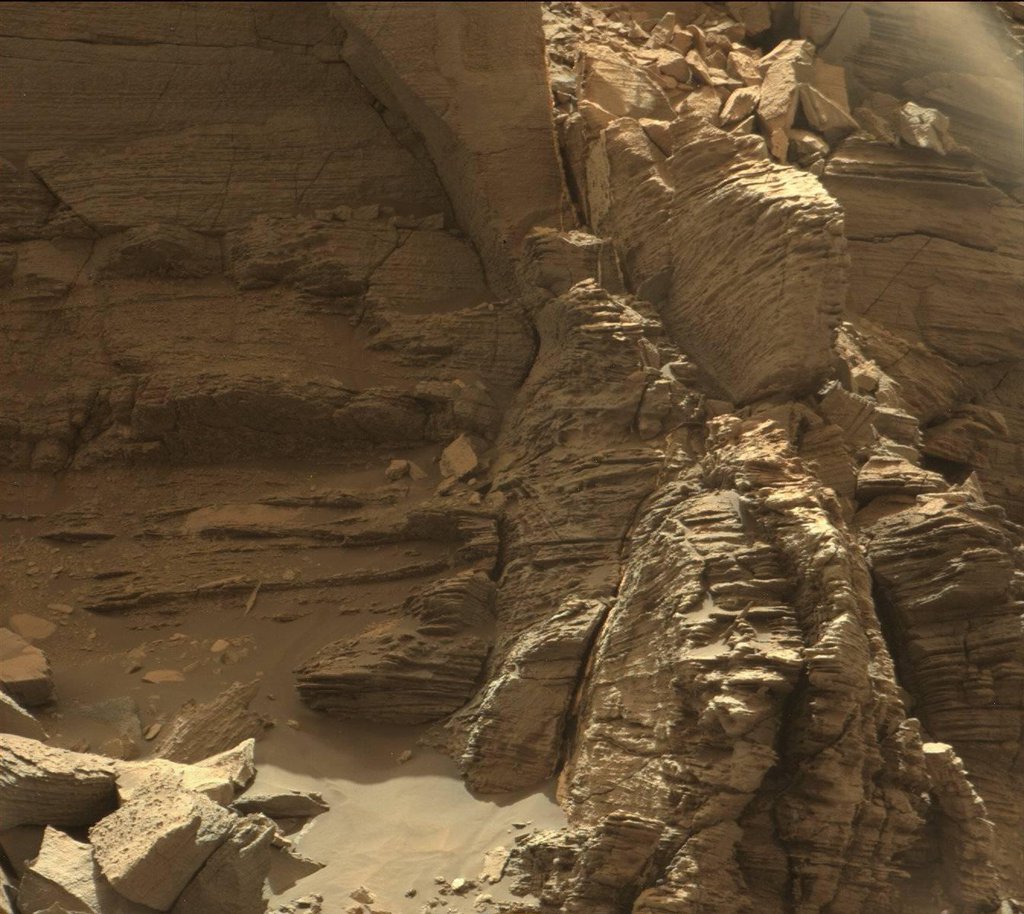 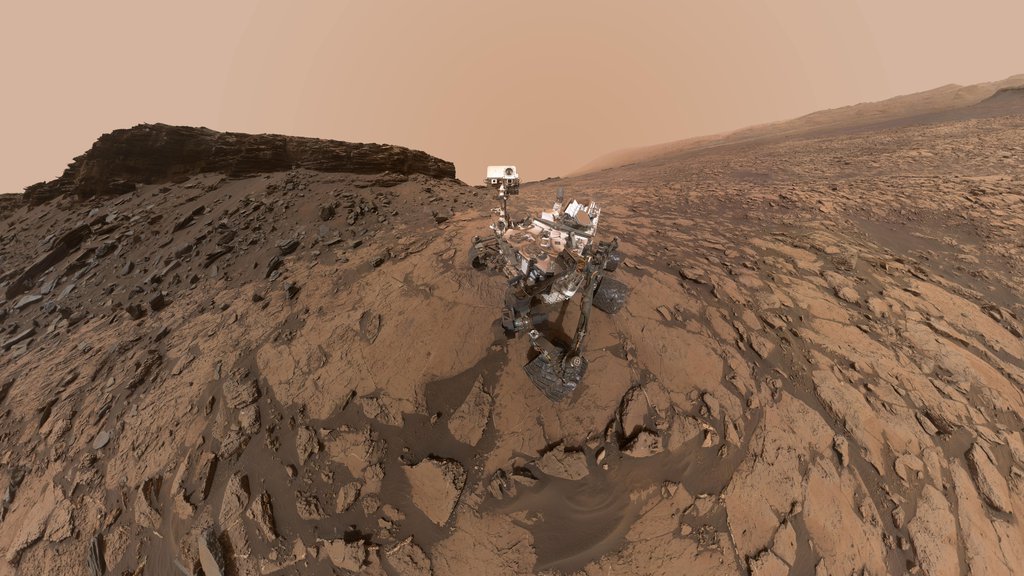 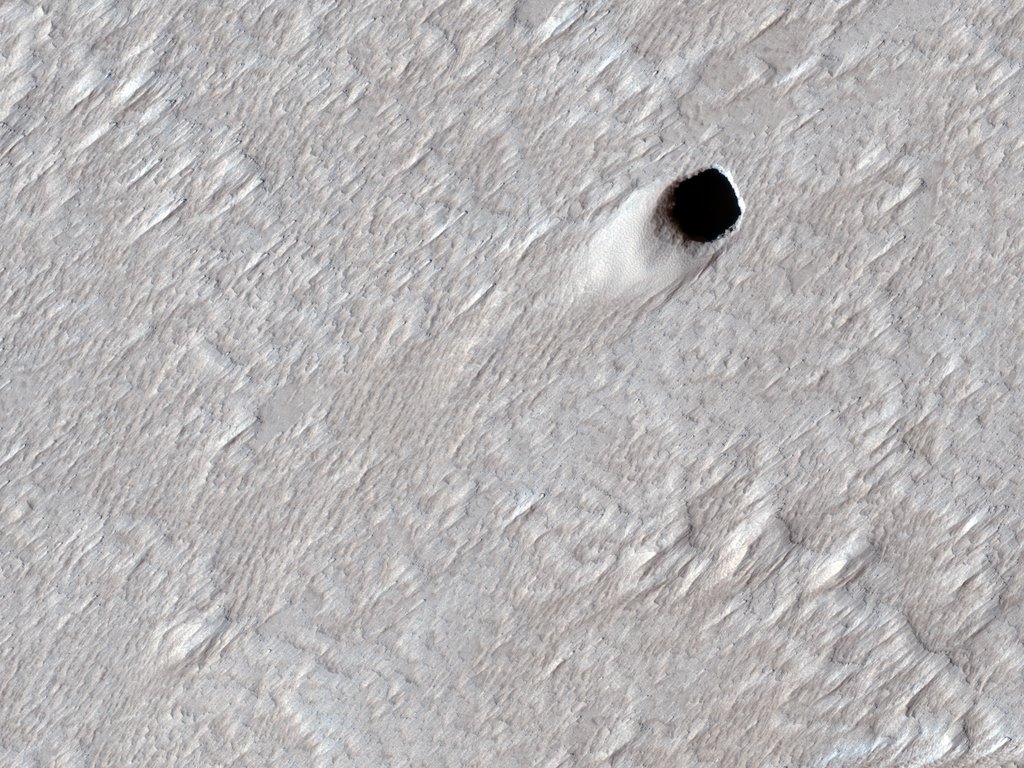 This pit crater was created by an empty lava tube in Mars’ Arsia Mons region. The image was captured by NASA’s Mars Reconnaissance Orbiter on Aug. 16, 2020.

A radiation sensor aboard the spacecraft is providing new data on the health risks humans would face on the surface.

Could lava tubes, caves, or subsurface habitats offer safe refuge for future astronauts on Mars? Scientists with NASA’s Curiosity Mars rover team are helping explore questions like that with the Radiation Assessment Detector, or RAD.

Unlike Earth, Mars doesn’t have a magnetic field to shield it from the high-energy particles whizzing around in space. That radiation can wreak havoc on human health, and it can seriously compromise the life support systems that Mars astronauts will depend on, as well.

Based on data from Curiosity’s RAD, researchers are finding that using natural materials such as the rock and sediment on Mars could offer some protection from this ever-present space radiation. In a paper published this summer in JGR Planets, they detailed how Curiosity remained parked against a cliff at a location called “Murray Buttes” from Sept. 9 to 21, 2016.

While there, RAD measured a 4% decrease in overall radiation. More significantly, the instrument detected a 7.5% decrease in neutral particle radiation, including neutrons that can penetrate rock and are especially harmful to human health. These numbers are statistically high enough to show it was due to Curiosity’s location at the foot of the cliff rather than normal changes in the background radiation.

“We’ve been waiting a long time for the right conditions to get these results, which are critical to ensure the accuracy of our computer models,” said Bent Ehresmann of the Southwest Research Institute, lead author of the recent paper. “At Murray Buttes, we finally had these conditions and the data to analyze this effect. We’re now looking for other locations where RAD can repeat these kinds of measurements.”

Seasons change even on Mars and NASA's fleet of explorers are helping scientists learn more about the effects on the Red Planet.

A Space Weather Outpost on Mars

Most of the radiation measured by RAD comes from galactic cosmic rays – particles cast out by exploding stars and sent pinballing throughout the universe. This forms a carpet of “background radiation” that can pose health risks for humans.

Far more intense radiation sporadically comes from the Sun in the form of solar storms that throw massive arcs of ionized gas into interplanetary space.

“These structures twist in space, sometimes forming complex croissant-shaped flux tubes larger than Earth, driving shock waves that can efficiently energize particles,” said Jingnan Guo, who led a study, published in September in The Astronomy and Astrophysics Review, analyzing nine years of RAD data while she was at Germany’s Christian Albrecht University.

“Cosmic rays, solar radiation, solar storms – they are all components of space weather, and RAD is effectively a space weather outpost on the surface of Mars,” says Don Hassler of the Southwest Research Institute, principal investigator of the RAD instrument.

“It’s a trade-off,” Guo said. “These high-intensity periods reduce one source of radiation: the omnipresent, high-energy cosmic ray background radiation around Mars. But at the same time, astronauts will have to contend with intermittent, more intense radiation from solar storms.”

“The observations from RAD are key to developing the ability to predict and measure space weather, the Sun’s influence on Earth and other solar system bodies,” said Jim Spann, space weather lead for NASA’s Heliophysics Division. “As NASA plans for eventual human journeys to Mars, RAD serves as an outpost and part of the Heliophysics System Observatory – a fleet of 27 missions that investigates the Sun and its influence on space – whose research supports our understanding of and exploration of space.” 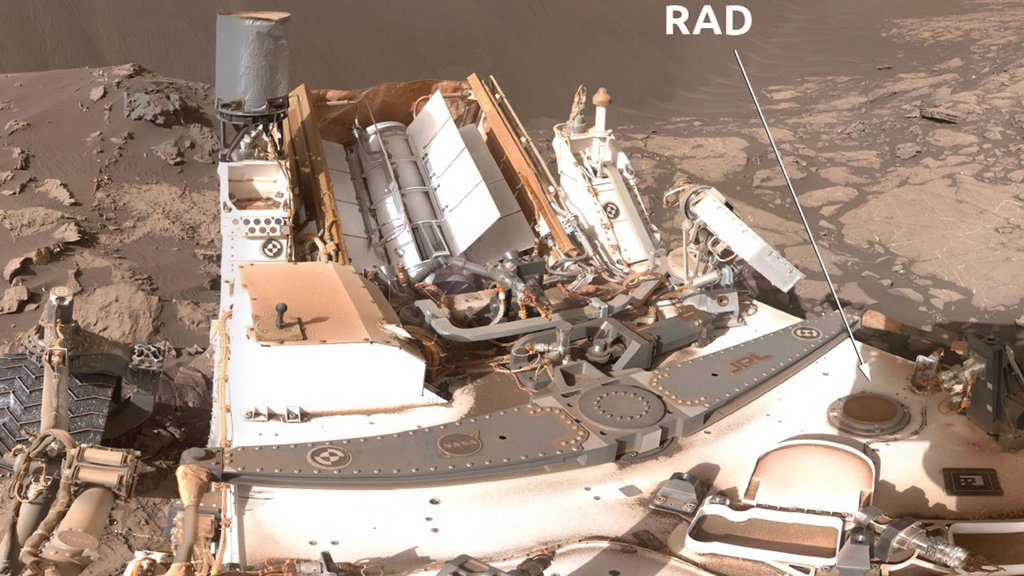 The top of the Radiation Assessment Detector can be seen on the deck of NASA’s Curiosity Mars rover.

RAD has measured the impact of more than a dozen solar storms to date (five while traveling to Mars in 2012), although these past nine years have marked an especially weak period of solar activity.

Scientists are just now starting to see activity pick up as the Sun comes out of its slumber and becomes more active. In fact, RAD observed evidence of the first X-class flare of the new solar cycle on Oct. 28, 2021. X-class flares are the most intense category of solar flares, the largest of which can lead to power outages and communications blackouts on Earth.

“This is an exciting time for us, because one of the important objectives of RAD is to characterize the extremes of space weather. Events such as solar flares and storms are one type of space weather that happens most frequently during increased solar activity – the time we are approaching now,” Ehresmann said. More observations are needed to assess just how dangerous a really powerful solar storm would be to humans on the Martian surface.

RAD’s findings will feed into a much larger body of data being compiled for future crewed missions. In fact, NASA even equipped Curiosity’s counterpart, the Perseverance rover, with samples of spacesuit materials to assess how they hold up to radiation over time.