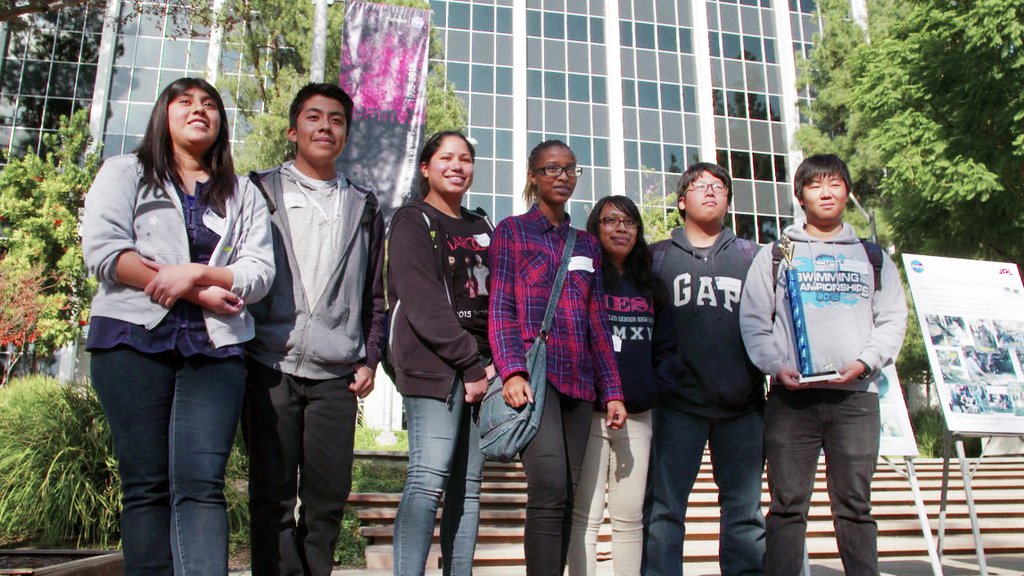 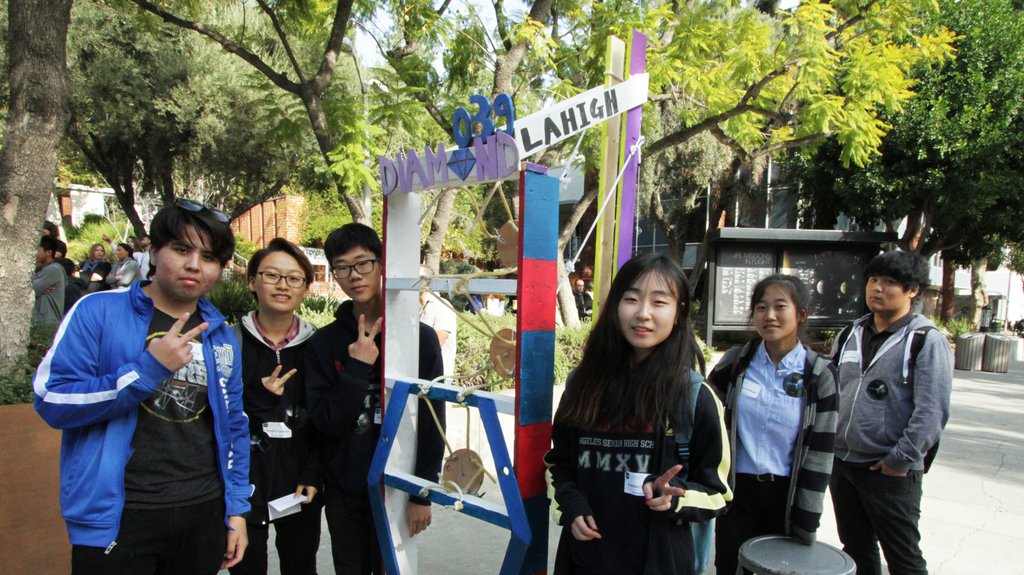 Two of three teams from Los Angeles High School took home a win at the 2015 JPL Invention Challenge. They were also the only teams to get perfect scores of 90 points. Team 039 (pictured) placed second after a tiebreaker round.
Credit: NASA/JPL-Caltech 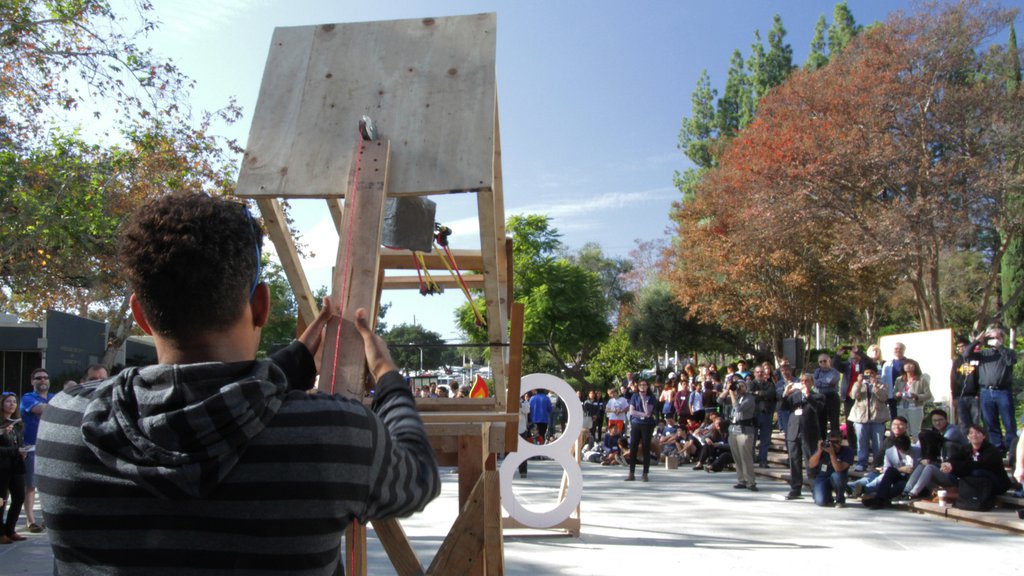 The annual JPL Invention Challenge had participants compete to create a device that could launch playground balls into three targets shaped like the number 18, in honor of the anniversary of the competition.
Credit: NASA/JPL-Caltech

After about an hour and a half of competition and tiebreakers for first and third places, Los Angeles High School Team 038 took home the win with a combination catapult-slingshot device they named "IC Fuego."

On what helped them stand out from the competition, the winning team said, "We're diverse, and we all put our ideas and our collaboration into the design."

The team members, all high-school seniors, credited their mentor, computer science and algebra teacher Dante Madali, for bringing them together for their first year competing in the challenge.

"I always encourage them to apply what they learn in the classroom, and this is one way to apply their learning," said Madali. "And they also develop camaraderie and friendship."

For competition founder Paul MacNeal, a mechanical engineer at JPL, it's all about showing kids that engineering is fun. "I founded the challenge and kept going with it because it's so much fun," he said. "That's really the point."

And even after nearly 20 years of competitions, which have challenged competitors to design balloon cars, gliders, tennis-ball launchers and music machines, MacNeal said he still has plenty of ideas ahead.

"I already know what I'm going to do next year," he said, but curious minds will have to wait until the competition is announced in the spring of 2016.