Could 'Windbots' Someday Explore the Skies of Jupiter? 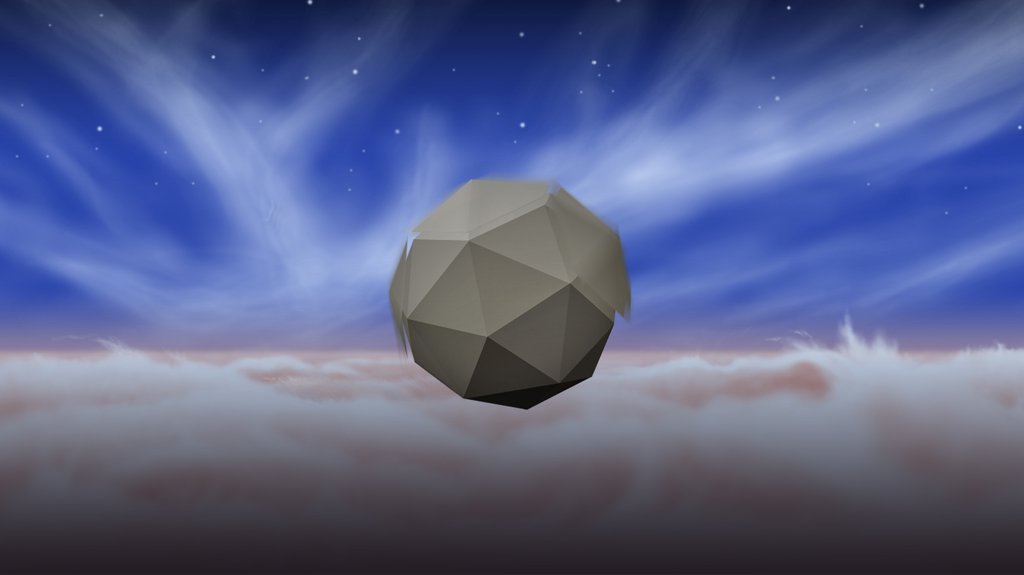 An artist's rendering shows a windbot bobbing through the skies of Jupiter, drawing energy from turbulent winds there. This notional windbot is portrayed as a polyhedron with sections that spin to absorb wind energy and create lift, although other potential configurations are being investigated.
Credit: NASA/JPL-Caltech

Wind-harvesting robotic probes might someday explore the atmospheres of other planets, as well as our home planet, thanks to an innovative NASA JPL study.

› Engineers at JPL are studying concepts for robots that might stay aloft for long periods in atmospheres of giant planets.

› These "windbots" might use turbulence for lift and to generate power.

Among designers of robotic probes to explore the planets, there is certainly no shortage of clever ideas. There are concepts for robots that are propelled by waves in the sea. There are ideas for tumbleweed bots driven by wind, rolling across Antarctica or Mars. Recently a team of engineers at NASA's Jet Propulsion Laboratory in Pasadena, California, wondered if a probe could be buoyant in the clouds of Earth or a distant gas giant planet, like Jupiter.

That team has recently begun studying their question, thanks to a one-year, $100,000 study, funded by NASA's Innovative Advanced Concepts (NIAC) program. They're investigating the feasibility of creating a windbot, a new class of robotic probe designed to stay aloft in a planet's atmosphere for a long time without wings or hot-air balloons. The NASA-funded study will systematically investigate how future spacecraft of this kind could stay airborne and harvest energy.

Although no mission is currently scheduled to utilize windbots, the researchers hope their study will open new avenues for atmospheric science on gas giant planets using high-mobility robotic explorers.

Unlike the moon and Mars, which have already been explored by robotic rovers, gas giant planets like Jupiter and Saturn have no solid surface on which a probe to land on. In 1995, NASA's Galileo spacecraft dropped off an atmospheric probe that descended into Jupiter under a parachute. The battery-powered probe survived only about an hour before succumbing to high heat and pressure as it fell into the planet's ponderously deep atmosphere. In contrast to the plummeting probe, a windbot could have rotors on several sides of its body that could spin independently to change direction or create lift.

Adrian Stoica, principal investigator for the windbots study at JPL, points to a great example to think about from nature: a dandelion seed. "A dandelion seed is great at staying airborne. It rotates as it falls, creating lift, which allows it to stay afloat for long time, carried by the wind. We'll be exploring this effect on windbot designs."

Stoica and colleagues think that, to stay airborne for a long time, a windbot would need to be able to use energy available in the planet's atmosphere. That energy might not be solar, because the probe could find itself on the planet's night side for an extended period. Nuclear power sources also could be a liability for a floating probe because of their weight. But winds, temperature variations and even a planet's magnetic field could potentially be sources of energy an atmospheric probe could exploit.

As they begin their study, the team suspects the best bet for an atmospheric robot to harvest energy is turbulence -- wind that's frequently changing direction and intensity. The key is variability. High wind velocity isn't enough. But in a dynamic, turbulent environment there are gradients -- differences in energy from high to low -- that can be used.

"It's a spring of energy a probe could drink from," said Stoica, who thinks a windbot might generate power in a similar way to some wristwatches that can be wound by shaking.

Embracing turbulence to make power and stay aloft is a departure from the approach taken by conventional aircraft, which carry their own internal power sources and perform best in smooth air. Commercial airliners, for example, cruise in Earth's stratosphere, where winds tend to be much smoother and flow faster than in the dense air closer to the ground.

The JPL team is starting out by characterizing winds among the clouds of Jupiter to understand what kinds of places might be best for sending a windbot and to determine some of the technical requirements for its design. "There are lots of things we don't know," Stoica said. "Does a windbot need to be 10 meters in diameter or 100? How much lift do we need from the winds in order to keep a windbot aloft?"

One thing the team is pretty certain of is that a windbot would need to be able to sense the winds around itself in order to live off the turbulence. To that end, they plan to build a simple windbot model as part of their study. The aerodynamic modeling for this type of craft is particularly difficult, so Stoica thinks having a physical model will be important.

The model windbot would be subjected to carefully controlled turbulent airflows to determine how best to design systems that react and reorient the robot to keep it aloft. After that, the team would move on to investigating means, such as electronic sensors, for a windbot to perceive the wind field in the environment around itself. Putting these capabilities together into a functional prototype would be left for a future study.

If the cost of building windbots turned out to be sufficiently affordable, Stoica thinks it would be useful to have multiple units sending back data from different places in a planet's atmosphere. "One could imagine a network of windbots existing for quite a long time on Jupiter or Saturn, sending information about ever-changing weather patterns," he said. "And, of course, what we learn about the atmospheres of other planets enriches our understanding of Earth's own weather and climate."

In fact, windbots might also come in handy as an additional tool to help scientists understand turbulent weather phenomena on Earth, such as hurricanes, without venturing beyond our planet's atmosphere. A windbot designed to sense and feed off turbulence might not only survive such hazardous environments, but also transmit valuable data all the while.

Despite its potential, the windbot concept is not without its tradeoffs. The buoyant probe might have to sacrifice travel time in moving to interesting destinations on a planet to simply stay alive -- trading a shorter route from point A to point B to follow the energy available from winds to stay aloft. At other times, when it has sufficient energy, it might be able to head to its destination via a more direct path.

The windbot concept is a long way from being ready to launch to Jupiter, but Stoica and colleagues are excited to dive into their initial study. "We don't yet know if this idea is truly feasible. We'll do the research to try and find out," he said. "But it pushes us to find other ways of approaching the problem, and that kind of thinking is extremely valuable."

NIAC is part of NASA's Space Technology Mission Directorate, which innovates, develops, tests and flies hardware for use in NASA's future missions. The California Institute of Technology manages JPL for NASA.

For more information about the NAIC program visit: