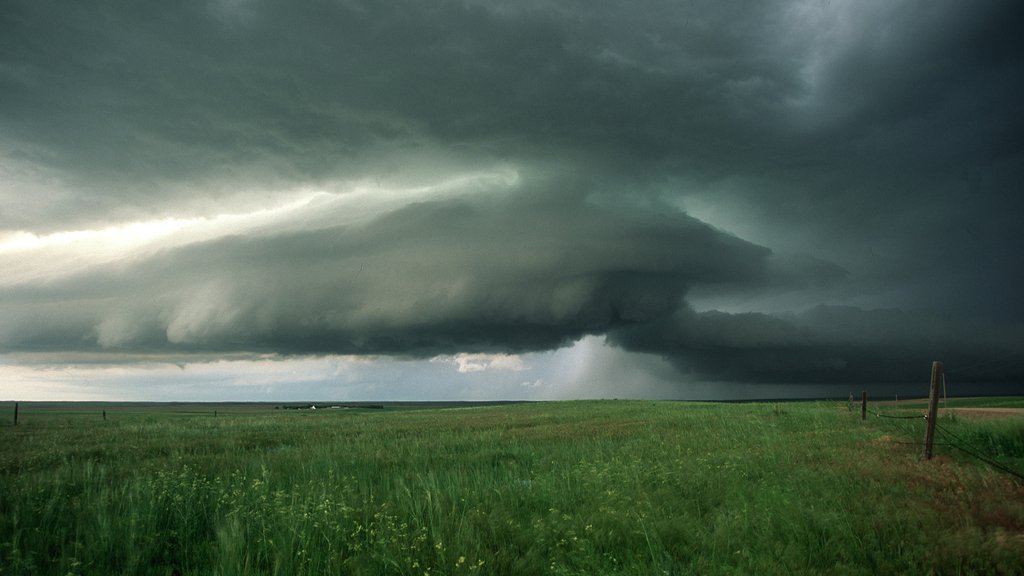 If you were trying to forecast tomorrow's weather, you would probably look up at the sky rather than down at the ground. But if you live in the U.S. Midwest or someplace with a similar climate, one key to a better weather forecast may lie beneath your feet.

"Better soil moisture observations lead to better land-atmosphere interaction in weather forecasting models and ultimately to a better prediction of temperature and precipitation," said Michael Ek, leader of the Land Hydrology Team at the Environmental Monitoring Center of the National Oceanic and Atmospheric Administration (NOAA). "Weather models need good initial observations of the land surface, or you're starting from the wrong place."

Better soil moisture observations are just what the Soil Moisture Active Passive (SMAP) mission will provide. Scheduled for launch on Jan. 29, SMAP will collect the most accurate and highest-resolution soil moisture measurements ever made from a satellite SMAP will cover the entire globe in two to three days. Ek is a member of one of five groups in SMAP's Early Adopter program that have been working for several years on the question of how best to incorporate the new data into national weather forecasting models.

Forecasts will not improve, however, the moment SMAP starts collecting data. U.S. Department of Agriculture research scientist Wade Crow, a member of SMAP's science team, explained that, since closely spaced global soil moisture measurements have never existed before, the mathematical models used in weather forecasting are not configured to include them directly. Getting the best use out of the new observations has been a subject of active research for several years and will require some significant changes in how soil moisture data are assimilated into the models.

Data assimilation is necessary because weather forecasting models all drift a bit, like cars. If you're driving on a perfectly straight road, you still need to keep a hand on the steering wheel or you'll run off the edge sooner or later. Data assimilation in a model serves the same purpose as the slight movements of your hands that keep your car on course.

Drift is not a fatal flaw for a weather forecasting model any more than it is for a car. It is simply a sign that the Earth system is too vast and complicated to model perfectly with the resources available today. To steer forecasts toward greater realism, models ingest, or assimilate, real-world data and use them in sophisticated mathematical techniques. Each time updated observations become available, they are assimilated to improve the starting point for the next forecast.

Closely spaced and highly accurate global measurements are an important part of the process. For soil moisture, however, current observations are not on a fine enough scale to meet the needs of weather forecasting models directly. "Modelers compensate for the lack of direct observations of soil moisture by using more indirect measures, such as estimating it from observations of temperature and precipitation," Crow explained. "As a consequence, modeled soil moisture tends to diverge from reality. SMAP will be directly observing the state that they want, so they won't have to back it out from proxy measurements."

JPL scientist Eni Njoku is working with researchers at another forecasting center, the European Centre for Medium-Range Weather Forecasts (ECMWF) in Reading, England. Njoku said, "SMAP will provide benefits of higher soil moisture accuracy and spatial resolution than have previously been available from satellites. This could lead potentially to improved regional and global weather forecasts by ECMWF." Environment Canada, the branch of the Canadian government responsible for weather forecasting in that nation, is also working on assimilating SMAP data into its models.

"The numerical weather prediction centers are adapting to the new availability of soil moisture information and thinking of ways they can exploit it," Crow summarized. "It will be really exciting to see what they find."