Astronomers Find Dust in the Wind of Black Holes 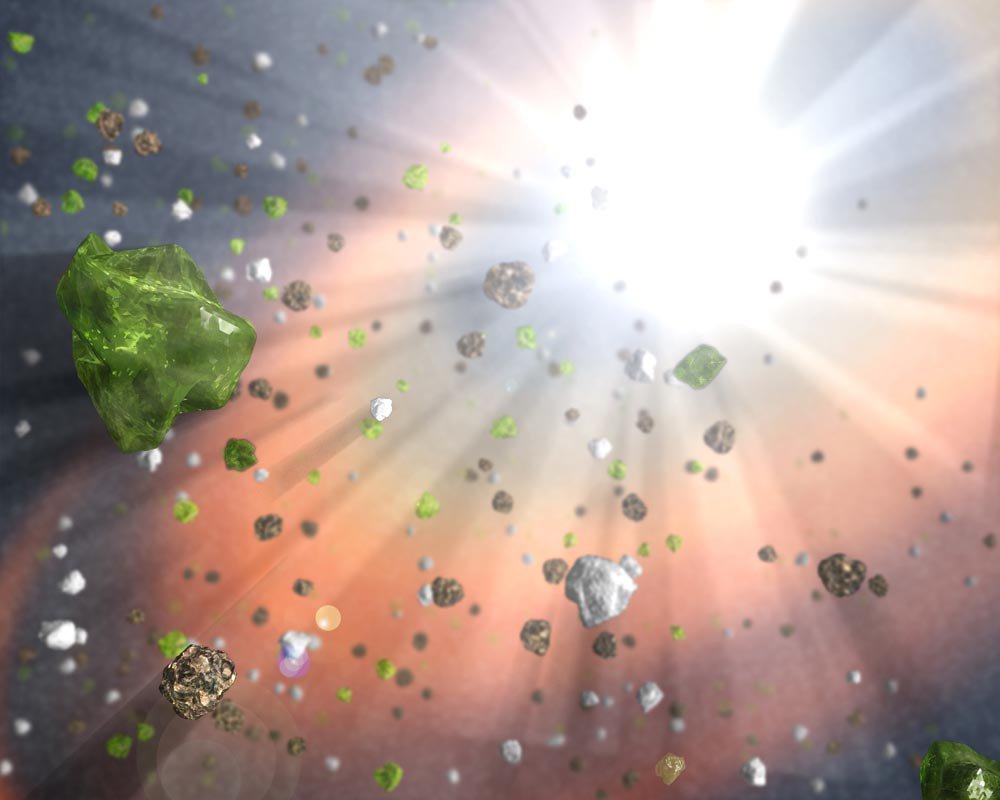 Artist concept of dusty grains being blown in the winds of a quasar.+ Full image and caption
Credit: NASA/JPL-Caltech 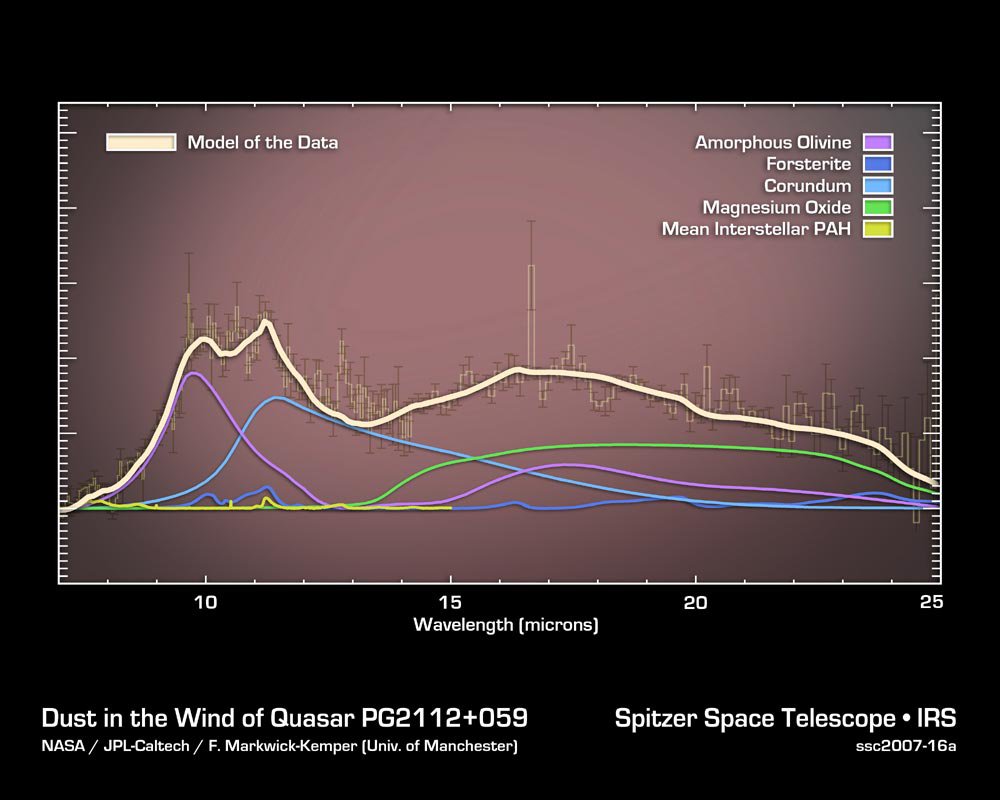 The hit song that proclaimed, "All we are is dust in the wind," may have some cosmic truth to it.

The hit song that proclaimed, "All we are is dust in the wind," may have some cosmic truth to it. New findings from NASA's Spitzer Space Telescope suggest that space dust – the same stuff that makes up living creatures and planets – was manufactured in large quantities in the winds of black holes that populated our early universe.

The findings are a significant new clue in an unsolved mystery: where did all the dust in the young universe originate?

"We were surprised to find what appears to be freshly made dust entrained in the winds that blow away from supermassive black holes," said Ciska Markwick-Kemper of the University of Manchester, U.K. Markwick-Kemper is lead author of a new paper appearing in an upcoming issue of the Astrophysical Journal Letters. "This could explain where the dust came from that was needed to make the first generations of stars in the early universe."

Space dust is essential to the formation of planets, stars, galaxies and even life as we know it. The dust in our corner of the universe was piped out by dying stars that were once a lot like our sun. But, when the universe was less than a tenth of its present age of 13.7 billion years, sun-like stars hadn't been around long enough to die and make dust. So, what produced the precious substance back when the universe was just a toddler?

Theorists have long-postulated that short-lived, massive exploding stars, or supernovae, might be the source of this mysterious dust, while others have proposed that a type of energetic, growing supermassive black hole, called a quasar, could be a contributing factor. A quasar consists of a supermassive black hole surrounded by a dusty doughnut-shaped cloud that feeds it. Theoretically, dust could form in the outer portion of the winds that slowly blow away from this doughnut cloud.

"Quasars are like the Cookie Monster," said co-author Sarah Gallagher of the University of California at Los Angeles, who is currently a visiting astronomer at the University of Western Ontario, Canada. "They are messy eaters, and they can consume less matter than they spit out in the form of winds."

Nobody has found conclusive proof that either quasar winds or supernovae can create enough dust to explain what is observed in the early universe. Markwick-Kemper and her team decided to test the former theory and investigate a quasar, called PG2112+059, located in the center of a galaxy about 8 billion light-years way. Although this particular quasar is not located in the early universe, because it is closer, it is an easier target for addressing the question of whether quasars can make dust. The team used Spitzer's infrared spectrograph instrument to split apart infrared light from the quasar and look for signs of various minerals.

They found a mix of the ingredients that make up glass, sand, marble and even rubies and sapphires. While the mineral constituting glass was expected, the minerals for sand, marble and rubies were a surprise. Why? These minerals are not typically detected floating around galaxies, suggesting they could have been freshly formed in the winds rushing away from the quasar.

For instance, the ingredient that makes up sand, crystalline silicate, doesn't survive for long free-floating in space. Radiation from stars zaps the minerals back to an amorphous, glass-like state. The presence of crystalline silicate therefore suggests something – possibly the quasars winds – is churning out the newly made substance.

Markwick-Kemper and her team say the case of the missing dust is not firmly shut. They hope to study more quasars for further evidence of their dust-making abilities. Also, according to the astronomers, quasars may not be the only source of dust in the early universe. "Supernovae might have been more important for creating dust in some environments, while quasars were more important in others," said Markwick-Kemper. "For now, we are very excited to have identified the different species of dust in a quasar billions of light-years away."